Le Mans Cup GT3 championship-winning team Kessel Racing is flaunting a new colour scheme on its #8 Ferrari 488 GT3, featuring its season’s results on the bonnet, a Steller Performance-esque set of track maps and “Le Mans 24 Hours 2019” on the bumper. 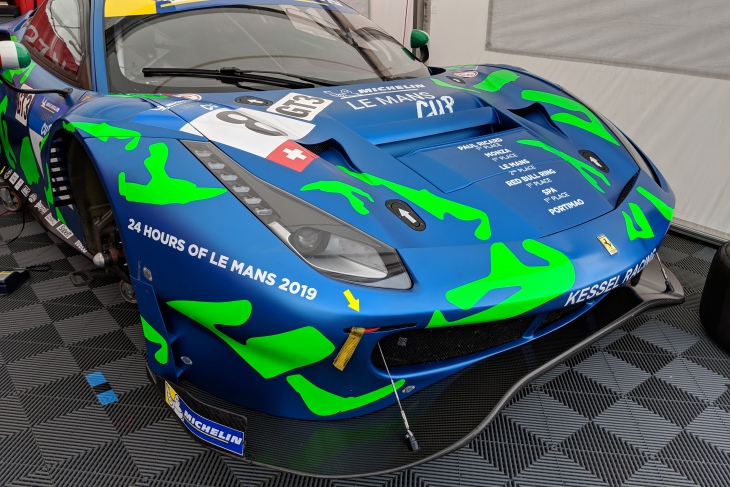 It’s clear the team intends to make use of its automatic entry into next year’s Grand Prix D’Endurance!

The support paddock for this weekend’s ELMS finale is pretty packed full of smaller championships, including the Kia Picanto Cup. 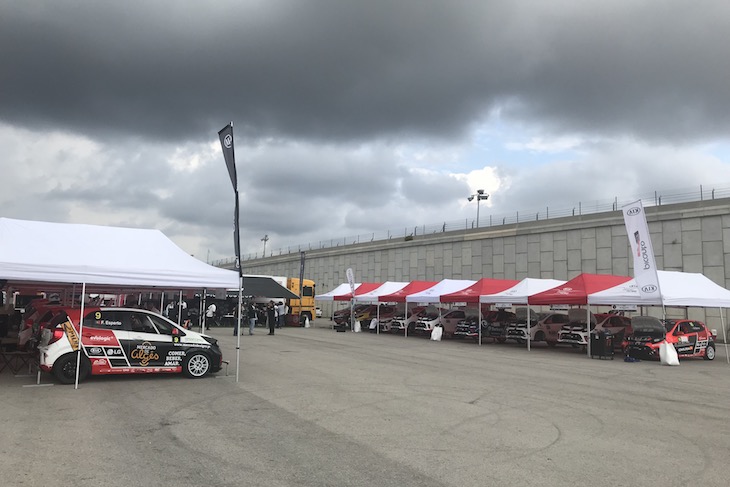 And in amongst the 17-car field is none other than 2004 British GT Cup class Champion (below) and Le Mans class podium sitter Ni Amorim! 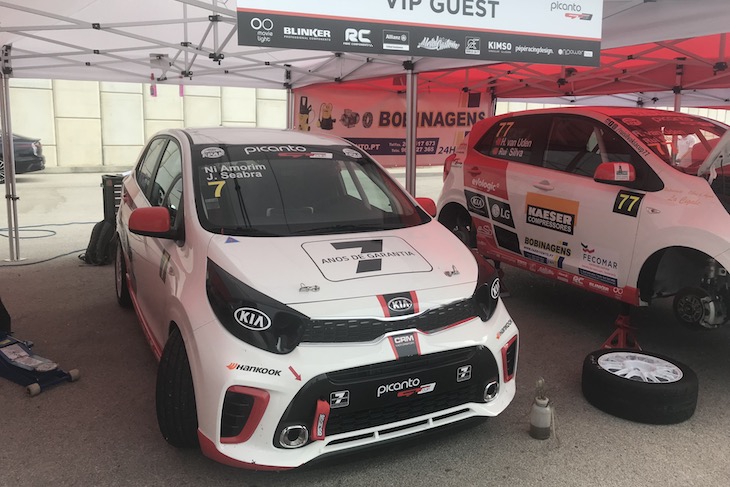 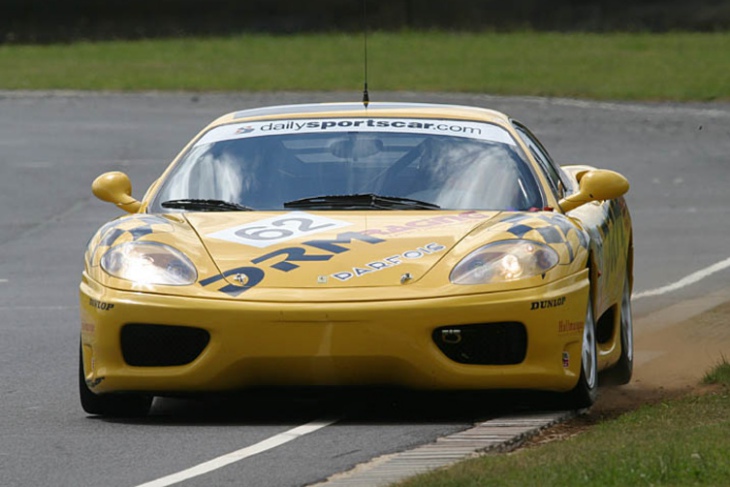 Another support series on the bill is the Portuguese TCR championship, which features two GT cars racing in other categories, one of them a JC Group Racing Team-run 2015-spec Nissan GT-R NISMO GT3 which competes in the FIA Hill Climb Championship! 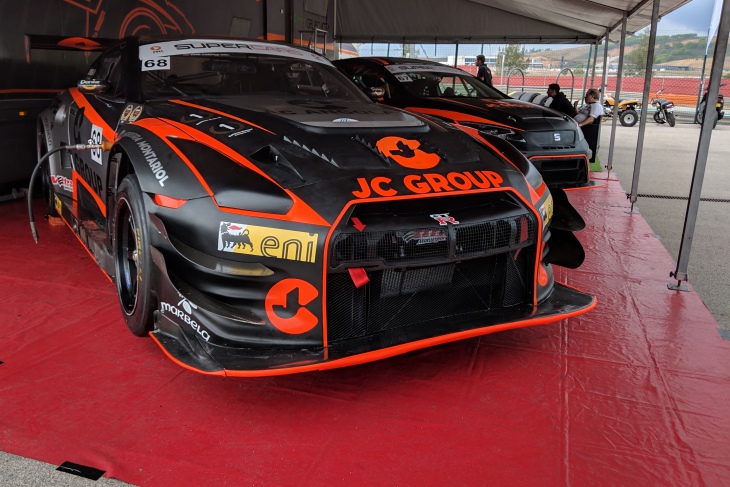 Eduardo Freitas is in end-of-term/ home race mode it seems. Drivers in the ELMS and Michelin Le Mans Cup drivers briefings are usually warned of the dire consequences that will befall them if repeated track limits violations are recorded. This time though there’s an additional penalty with the Race Director introducing a ‘multi-violation. Throw them in the pool sanction’ utilising the unique feature of the Portimao paddock, a swimming pool!

They have been warned! 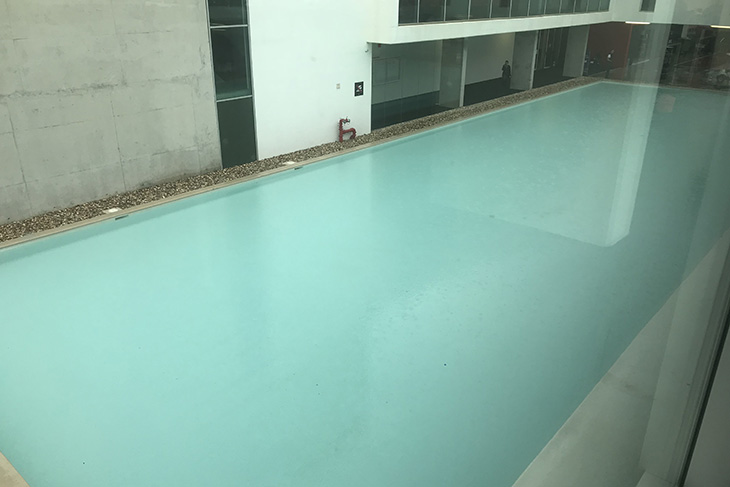 Lanan Racing’s Norma led the way in today’s practice for the Le Mans Cup teams, Duncan Tappy and Michael Benham ending the session with a 1:40.443 set by Tappy. 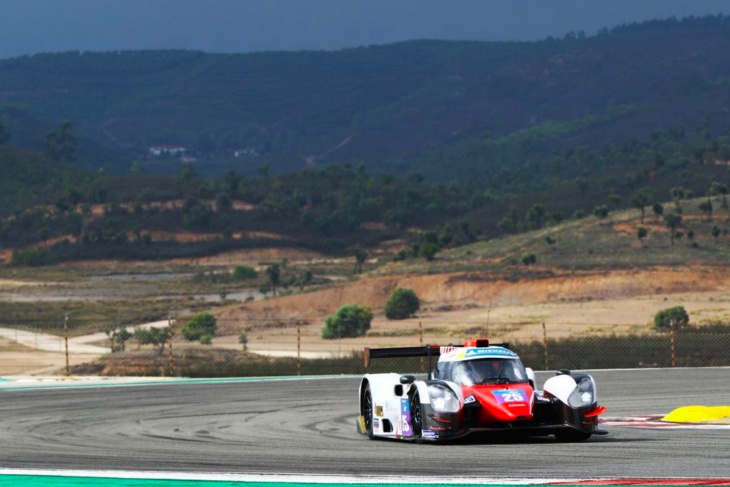 His time was over a second clear of the Keo Racing Ligier, which saw Johan Jokinen set the team’s best time in its return to the championship.

Third fastest meanwhile was DKR Engineering’s #3 Norma M30 of newly-crowned champions Jens Petersen and Leonard Hoogenboom. Hoogenboom set the team’s time towards the end of the session, a 1:41.650, before heavy rain began to fall trackside.

2018 GT3 champions Giacomo Piccini and Sergio Pianezzola topped the GT3 ranks in the #8 Kessel Racing Ferrari after Piccini reeled off a 1:44.780 tour of the circuit, which was 0.055 faster than the #77 Kessel Racing 488.

Free Practice 2 for the Le Mans Cup is set to take place tomorrow morning at 11:10.

The Bronze Test in the afternoon was a subdued affair due to the poor weather conditions trackside.

Today’s weather forecast has been ‘mixed’ to say the least in Faro. The tempuratures reached 25 degrees in the afternoon before a thunderstorm hit, and left sessions on track red flagged due to heavy rain, shades of Spa!

For the remainder of the weekend though, the forecast does look promising, Sunday’s track action set to run in the dry.