At the end of the first of those sessions, cut short by just under ten minutes, after a red flag-situation caused by the #88 BMW, both Porsche cars competing in the Intercontinental GT Challenge were on top of the standings with 30 of the 32 listed runners taking to the track. 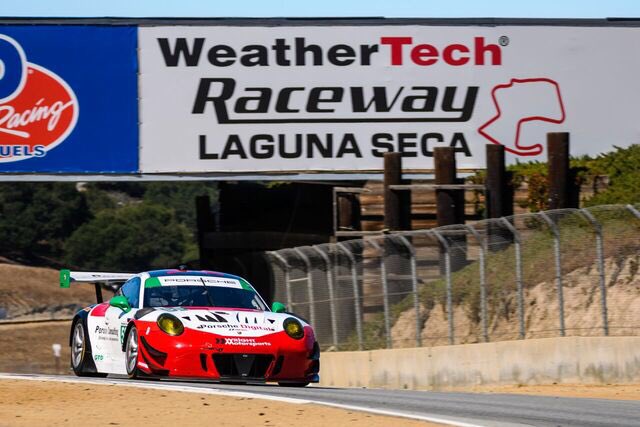 Next up were the Strakka Racing AMG GT3s, with the #42 machine fastest of the Pro-Am cars. 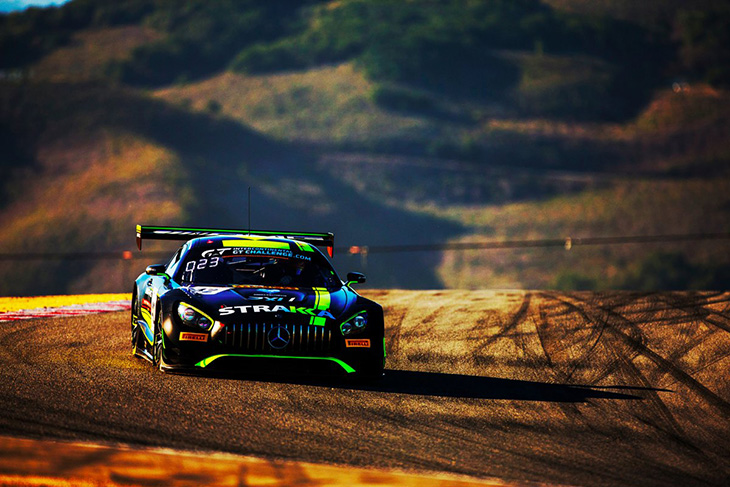 The #10 PF Racing Mustang was fastest in GT4 and the #98 Bryan Herta Hyundai in the TCR class, the i30N pair the only runners in TCR.

Pre Qualifying on Friday afternoon saw all but the #2 GMG Audi R8 LMS GT4 out on track.

Whilst one Audi sat it out, two others dominated the timing screens with Christopher Mies logging a 1:24.347 in the #29 Audi Sport Team Land R8 LMS, Haase, one of four competitors vying for the drivers’ championship. 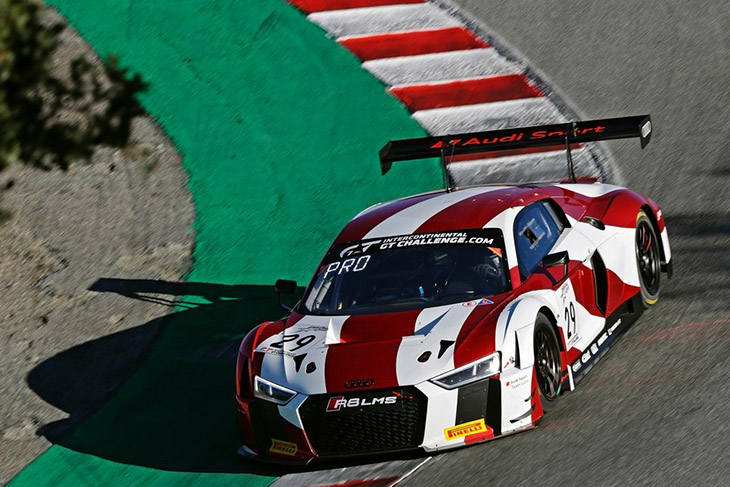 “We finished our Pre-Qualifying as a P1 result, which is a good result for our car of the Audi Sport Team Land,” said Haase. “This is a really good place. Now we are looking forward to tomorrow, which is Qualifying and Superpole. The sun is shining, and it looks good!”

The #19 Audi Sport Team WRT R8 LMS was second fastest in the session, seven tenths off the Land car with the #9 K-Pax Bentley third in the order. 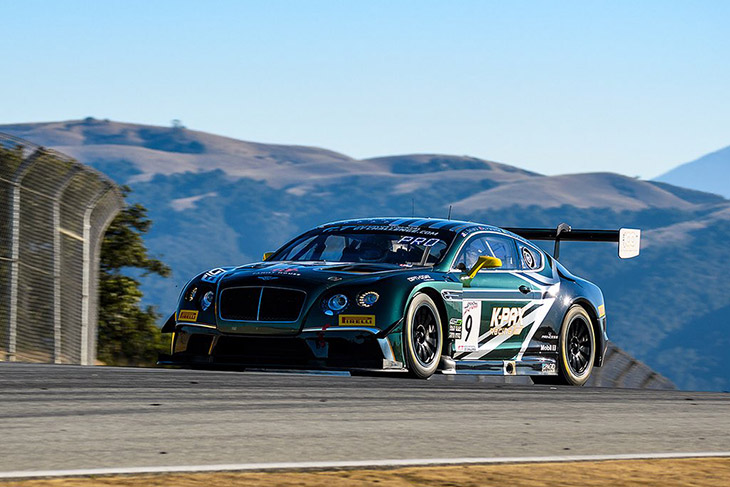 Derek Deboer led the GT4 group, clocking a 1.31:623 in the #66 TRG Porsche Cayman Clubsport, edging out the PF Motorsport Mustang.

SRO have produced a helpful guide to following the action, and keeping abreast of the Championship positions HERE >>>

With thanks to SRO and WeatherTech Raceway Laguna Seca.