Nicolas Jamin scored Duqueine Engineering its first ELMS pole position in the team’s #29 ORECA 07 today at Portimao, in a thrilling qualifying session which went down to the wire in the LMP2 class.

“Nico did a fantastic job” said teammate Pierre Ragues. “It is the first pole of the team on its first year in the LMP2 category. Our objective is to fight for the podium and possibly for the very top spot on Sunday.”

Jamin clocked his fastest lap in the final moments of the session (1:33.197) after being in the pits over seven minutes. That pushed Will Stevens finished to second position, the ex-F1 driver losing pole by less than one tenth with a 1:33.257.

Prior to that Stevens had pushed local hero Filipe Albuquerque in the #22 United Autosports Ligier JS P217 to second with his time, the Portuguese driver everntually havong to settle for third after the final flurry of times.

Down the order, the title-winning #26 G-Drive Racing driven by Jean Eric Vergne, finished up a lowly fifth position.

The first Dallara P217 was the #30 AVF by Adrian Valles example, which could only manage a lap good enough for eighth position (1:34.270)

In LMP3 M Racing YMR scored its second pole of the season, Lucas Legeret setting a 1:40.715 in the session, just before red flags were shown due to a spin for the title challenging #11 Eurointernational Ligier. 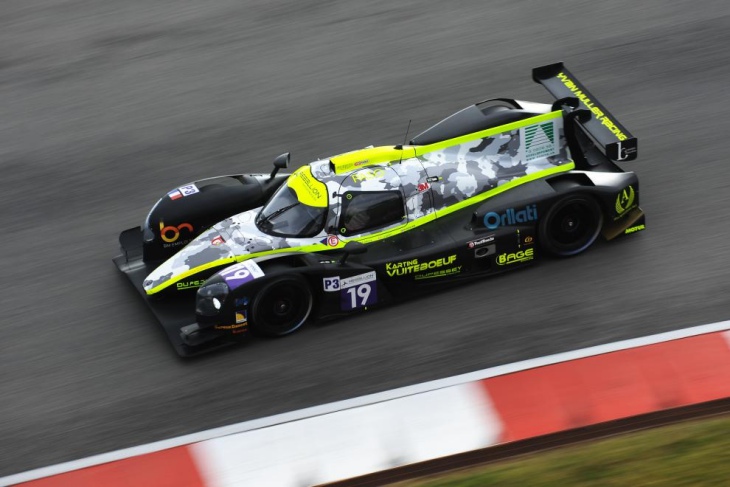 Legeret’s time was only just good enough for the top spot and the extra point, 0.061 faster than Matthieu Lahaye in the #17 Ultimate Norma, which slotted in second and made it an identical front row to the opening round of the season at Paul Ricard.

“We are really happy, it was such an incredible job by everyone. We have a good set up for full fuel and old tyres for the race too, so we’re confident,” said Legeret’s teammate David Droux.

The best of the Ligier JS P3 contigent ended up third, the AT Racing example of Mikkel Jensen getting within three-tenths of Legeret with a 1:40.999. The Dane looked set to challenge for pole at the very end of the session after the brief stoppage but abandoned his final lap after sending a fast time through the opening sector.

Further down the order it was a rough session for the championship challengers, who will all have to deal with heavy traffic in the opening laps of the race.

The points leaders in the RLR Msport Ligier will start seventh, Job Van Uitert uncharacteristically nine tenths off pole. The team’s title rivals will all start behind the team though. The #6 360 Racing Ligier will start 10th, ahead of the #11 Eurointernational JS P3 in 11th, and #3 United Ligier which will line up way down the order in 15th.

GTE saw Miguel Molina set his second pole position of the season in the #66 JMW Motorsport Ferrari F488 GTE with a fastest lap clocked in 1:42.765. 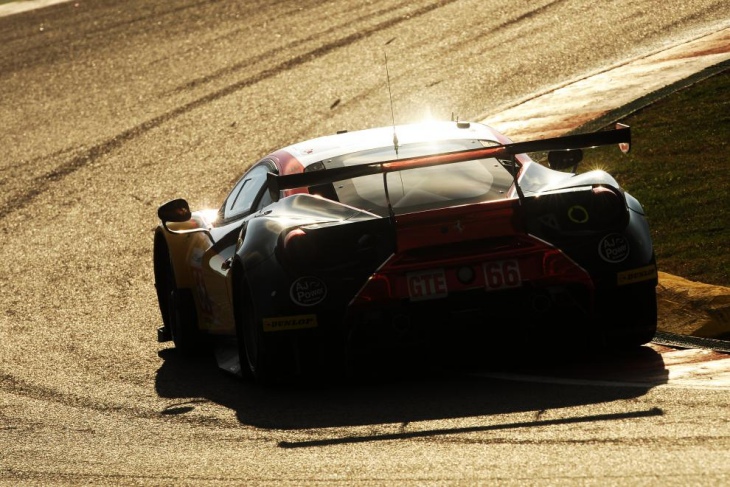 “We already scored one point,” said Molina, who along with Alex Macdowell and Liam Griffin is battling for the GTE title with the JMW team. “Every point counts. The pressure now is on the Porsche guys. It is [undoubtedly] easier for us to start from that position. We have a really good car and we will give everything until the very last lap”.

That car had a very difficult qualifying session: the #88 pitted for nearly five minutes then had its first fast lap cancelled as Cairoli abused track limits. The Italian then had enough time to run one single fast lap.