RLR Msport came of age last weekend in Portimao, winning its first ELMS LMP3 title at Portimao, securing an LMP2 entry for the 2019 Le Mans 24 Hours, and snatching the LMP3 championship trophy from the industrial estate in Garforth where Team LNT and United Autosports (the only other teams to have won the ELMS P3 title) are based.

It was a strange race for the team, which saw its bold strategy call, in a way, backfire. The team’s #15 Ligier JS P3 managed to finish fifth and that was just about good enough to take the title, but it took some conservative driving from John Farano and Rob Garofall in the second half of the race to ensure that enough points were accrued.

Early on, Job Van Uitert, in true Job Van Uitert style, managed to get the team into the lead (from seventh on the grid) and build a healthy lead before Farano stepped in. While Van Uitert seemed to always be in command, he explained to DSC after the race that he really had to focus on not pushing too hard, which in itself proved to be a real task while fighting through the field. 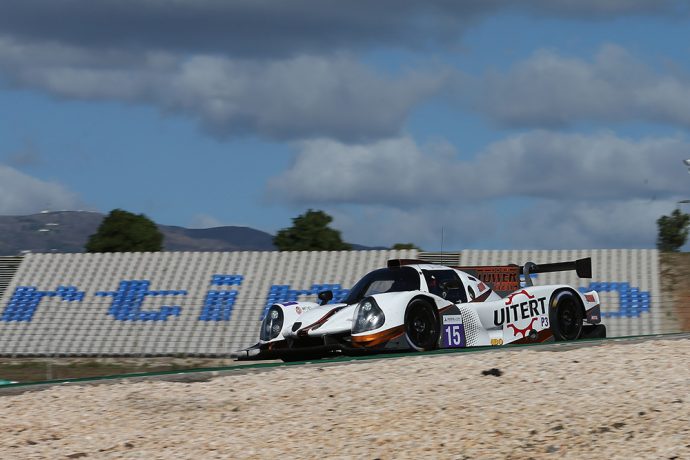 “It was super tough with the track evolving and changing,” he said. “There were so many issues with the car and the track’s bumps. Once the lights went out though we had to manage it. I had to be cautious, I couldn’t take risks and attack, as we just needed to finish in the points. It wasn’t easy, the first hour was so hard.”

With the team in the lead, his day was done when he handed over to Farano in the third hour. From there, he had to play the waiting game to find out if he would be crowned champion, something he feels he’s not yet used to.

“You can’t do a lot, so I started to watch Netflix, but the internet wasn’t good enough to stream Peaky Blinders and take my mind off it! So after that, I was listening to music and checking the times.”

I couldn’t take risks and attack, as we just needed to finish in the points

With Farano behind the wheel things became far more frustrating for the team, an ill-timed safety car nullifying the team’s lead. With Farano focused on getting the job done rather than gunning for glory, the Canadian fell down the order, putting the title in a spot of doubt should the other title contenders have a breakout race and RLR suffer any misfortune.

“The build-up to this event, was very difficult. Behind the wheel I was enjoying it until the safety car came out, the pack came together and I just had to keep the car safe. We lost positions but it was fine, I knew what I had to do and it worked.

Thankfully that didn’t happen, title contender Inter Europol came closest to the upset, winning its first race and getting its #13 of Martin Hippe and Jakub Smiechowski within 7.25 points of the title. It wasn’t enough though and Garofall crossed the line fifth, to take the class honours and add a huge title to himself, his teammate’s and the team’s CVs. 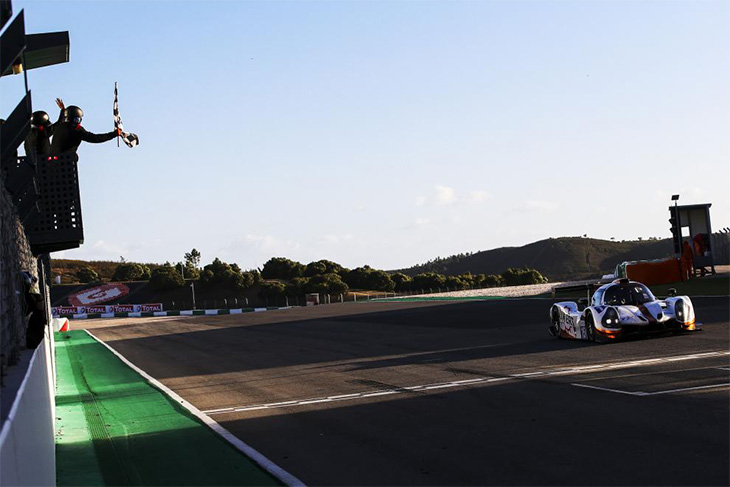 “My stint was straightforward as I knew what to do, the issues was set up, we didn’t really have a good one so it meant it took a while to get our heads around it. It was a big releif to be honest. I was counting down the laps. It’s incredible though, we came out on top, which for John and myself is amazing, winning such a prestigious championship!”

Van Uitert meanwhile, found it an odd experience watching the car cross the line: “It was strange,” he said, “as I wasn’t in the car celebrating, instead I had to watch it like a time member. It’s something to get used to. I loved being able to celebrate immediately with the team though.”

And the celebrations were wild, as Farano recounted.

“I was so on edge, but we exploded at the end, because it’s been a dream season. And once it calmed down it hit me, we have an automatic entry to Le Mans, and that’s what this is all about!”

And with that, RLR will look to run a full ELMS season in 2019, with a Le Mans entry and potentially Daytona bolted on. It’s going to be a big programme for Farano and the team, one which they are already focused on.