BMW Team Schnitzer lines up at the FIA GT World Cup with a very special reason to celebrate the race as team principal Charly Lamm takes responsibility for the BMW M6 GT3 from the pit wall for the final time. 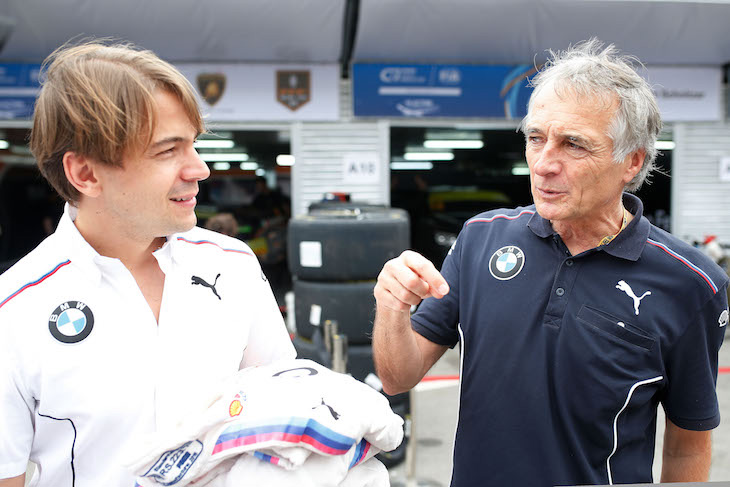 BMW works driver Augusto Farfus will be at the wheel of the #42 M6 GT3.

BMW Team Schnitzer is closely associated with Macau: the team took its first victory in the “Guia Race” for touring cars in 1980. The Freilassing-based outfit now has 13 Macau victories to its name, making it the record winner in Macau.

BMW Team Schnitzer and Farfus joined forces for one of these victories in 2009 when the Brazilian won a round of the FIA World Touring Car Championship (FIA WTCC) in a BMW 320si WTCC. Last year, BMW Team Schnitzer and Farfus were reunited in Macau. The 35-year-old finished runner-up in Saturday’s FIA GT World Cup race at the wheel of the BMW M6 GT3 Art Car, designed by Cao Fei.

Jens Marquardt, BMW Motorsport Director: “The FIA GT World Cup at the iconic Guia Circuit is always a fantastic way to end our season in international GT racing. We have very fond memories of this street circuit, at which BMW has enjoyed many great successes in recent decades. The history of BMW in Macau is closely associated with BMW Team Schnitzer and Charly Lamm and there is no worthier occasion for Charly’s final race as team principal.”

Charly Lamm, team principal BMW Team Schnitzer: “The iconic street circuit in Macau is of special significance in the history of Schnitzer Motorsport, as we have enjoyed great success there. My own personal story with the Guia Circuit began back in 1980, when we won with Hans-Joachim Stuck in the BMW 320 Group 5. We are delighted to be working with August Farfus again, following our outing together with the BMW M6 GT3 Art Car last year. We will do our very best to get a top result.”

Augusto Farfus: “It is fantastic to be back in Macau. I just love this circuit. Driving the BMW M6 GT3 Art Car last year was an amazing experience. The GT field will be very strong again this year. On top of that, we have the unique challenges posed by this circuit to deal with, and the departure of Charly Lamm team principal at Schnitzer. I won my very first race for BMW with Charly in 2007. I hope we can be equally successful during this farewell weekend. One thing is certain: it is going to be special.”