It’s been quite a year for Jonny Adam, who was recently crowned British GT Champion for a third time, after an incredible season racing with Optimum and Flick Haigh in Aston Martin’s out-going Vantage.

Adam hasn’t just been racing in the UK though, Prodrive tasking him with testing the GTE car earlier in the year, racing it at Spa and Le Mans, before switching to racing with TF in GTE Am, and focusing on developing the new Vantage GT3 and GT4 cars, which will be in customer hands next year.

How’s that going, what’s his season been like, and just how good is Flick Haigh? To find out the answers to those questions and more, DSC sat down with Adam back at the WEC round at Fuji:

Good to see you with such a big grin on your face Jonny. It’s been quite a year hasn’t it? Let’s start with the new car. How has the new Vantage GT3’s testing process been going?

“Really good. We’ve had a few customers put through the car, we’ve had about six or seven so far and they love it. We’ve done it at different circuits too, anywhere from Snetterton to Vallelunga, and the car has really come on a lot in the last six weeks. The car is at its final spec now, so much of it has been signed off. So from now on it’s about endurance running and we’ll complete more of that in the coming weeks.

The car is at its final spec now, so much of it has been signed off.

“Ultimately though we’ve done a lot of that work with the GTE. It’s a nice step though, expecially now we understand the Pirelli on the new car.

“Everyone has been impressed, braking, stability, aero balance, and you expect that because the tech has moved on so much in seven years and the car is now up to date. We’re going to be building a lot of cars over the next few months.”

Its performance in its VLN debut must have come as a real confidence boost too?

“We weren’t phased about that, ebcause we know the car is quick and reliabile. Like in the WEC, we are learning all the time and the customers see that. VLN was a nice first race for the car. Customers are now looking forward to getting it and setting it up. 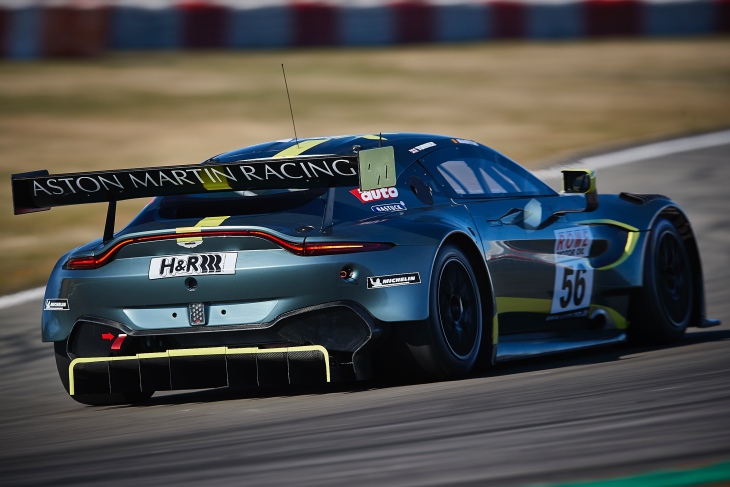 “I’ve been driving the GT4 car too, which is a massive step forward, the old car came out at the start of GT4, so this is another level. The chassis is a lot stiffer, the engine performance is better, the transmittion, everything.

“We’re close to getting lots of customers out in those too. It’s a brilliant car to drive, it’s like a mini racing car. If you sit in the cockpit of the GTE, then the GT3 and now the GT4, it has the same seats, sliding pedals, steering wheel, dash layout. We want an easy transition for anyone who wants to climb Aston’s ladder.”

What’s it been like jumping in and out of both the new and old GTE, GT3 and GT4 product so much?

“You have to remember when you drive the GT4 in particularly that it is a road-going car under the skin. They are all different but what we’re looking for when we test is customer feedback. 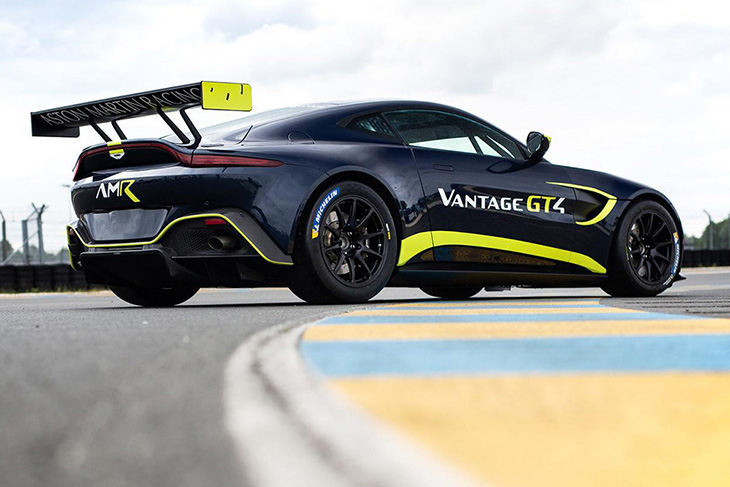 “When we’re thinking about the user, we’re thinking of gents who love driving, and need a car that’s easy to drive. The market is now so am friendly. That’s why there was five old Vantages on the British GT grid this year, because it’s so nice to drive and rewarding, it’s not trying to kill you.

“We have a good baseline, now we’re gaining on that.”

Will you take the GT4 Vantage out for some endurance tests as well as the GT3?

“Yeah we’ll be testing the GT4’s gearbox and transmission in an endurance environment, but we’re not so worried because a lot of the components are road-going and they are well tested. There will be lest GT4 testing than GT3 testing, and a lot less than the GTE. But we’re still working on improving the car.”

How many cars are out at these tests?

Are they the ones we saw at Le Mans this year? 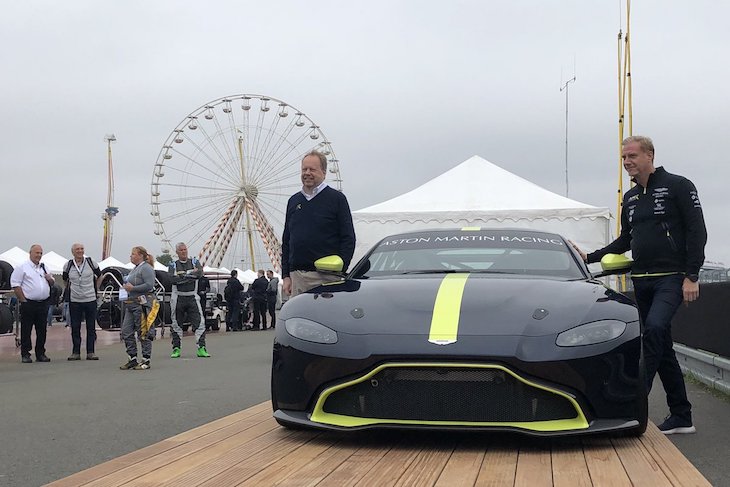 “Yeah the cars you saw at Le Mans are the fully fledged GT3 and GT4 cars that have been out running. While WEC is quieting down after China, for so many of us we’re concentrating on getting miles on the GT3 and GT4, but it’s all on schedule.

Let’s shift to speaking about British GT because it was an incredible season. How much did it mean to you to win another title and give the ‘old girl’ a good send off?

“This is the nicest championship to win out of the three. I’ve won it with a third different teammate and team now, and I sat in Novemeber when Flick decided to run an Aston, round a table at Prodrive. We told her that if she put a lot into it the car is easy to drive, and you can deliver a title. We did 12 days testing, but more importantly I’ve spent 26 hours at Base Performance with Flick from January to Donington. Not everyone does that but I like to do that extra mile with customers, they are what wins you a weekend and title. 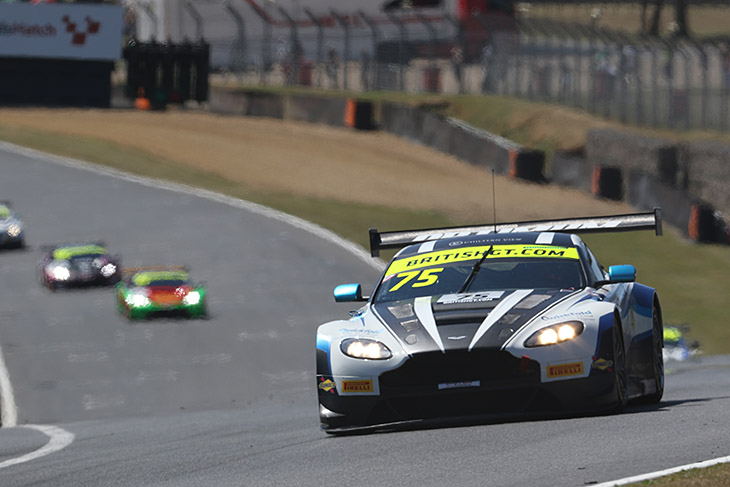 “So many am drivers don’t get much track time, so going to a sim like we did keeps your emotions in check because a lot of ams don’t drive as much as us factory drivers. They may only drive once every four weeks. It also shows me her level, and helps me find them the final few tenths.

“Flick’s level of determination is amazing, I’ve never seen anything like it.”

I know she started so strong, and remained consistent all year, but just how much did you see her progress as a driver during the season?

“She put it on pole and won her first race of the year, and for me it wasn’t a surprise. If you look at the results our worst was fourth. She set the benchmark high, it wasn’t a surprise to me, but her confidence grew throughout the year. She was a different driver by September compared to March. She knew her capabilities which has shone through.

She put it on pole and won her first race of the year, and for me it wasn’t a surprise

“She’s now mature. There’s so many great ams in British GT, your Jon Minshaws, Andrew Howard, those guys, who have been around a long time, they are old school and they know the formula to win the title. For Flick it was a learning process. But it was so fun.

“I said at Donny, take it in your stride and race. We could have been involved in a crash but she raced hard, and deserved the title. She performed so well and the team did so well too. We wanted to cement Optimum as an Aston customer team because they are new to us. So we helped them in their transition from Audi to Aston. They’re going to be a busy Aston team going forward!

“Donny was my 90th race in the car. I did my first shakedown in one back in 2012, at Prodrive’s old testing ground. It’s a nice story that I’ve won three titles in it and a Blancpain title with Ahmad (Al Harthy), but every customer hasn’t moved away, they have stuck with it. 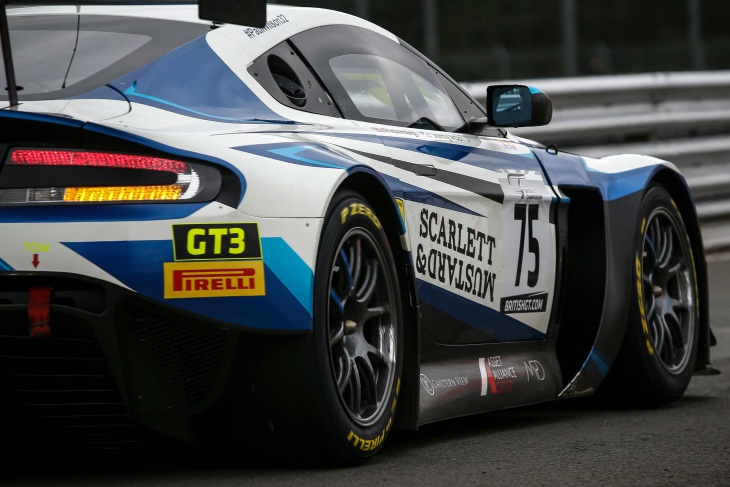 The new car looks stunning but it has to be an easy car to drive. We want the new car to step up, it has big shoes to fill. We’re on course to do that.”