Rebellion Racing’s Thomas Laurent is set to test with BWT Arden on Thursday 29 November in Abu Dhabi behind the wheel of the team’s FIA Formula 2 car. 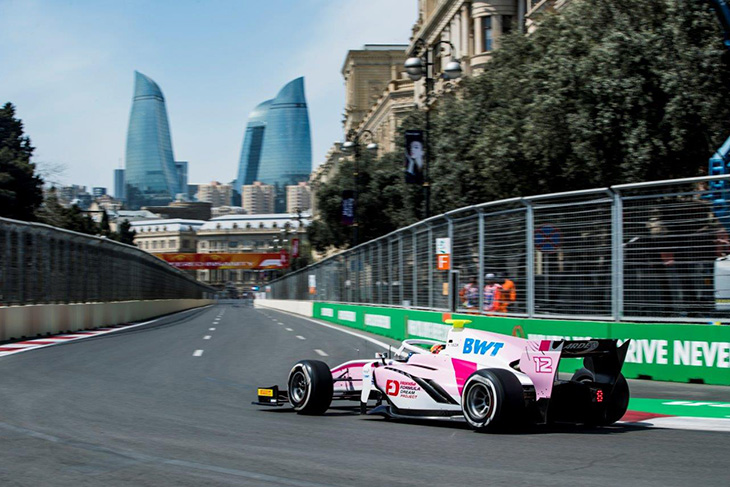 It will be a highly unusual addition to the now traditional post-season tests for the F1 support Championship, which more usually involve young talent only from the single-seater ladder, the addition of the now 20 year old Laurent, fresh from a title-winning season in Asian Le Mans Series and an overall race win in the 2018/19 FIA WEC with Rebellion Racing, will likely be viewed by a number of parties with not inconsiderable interest.

Thomas Laurent: “For me, to be given the possibility to participate in the annual Formula 2 FIA test is a huge opportunity.

“I am very pleased to be given the chance to be behind the wheel of Arden’s single seater race car. This will be a first in my career. As a driver, it is always extremely exciting to discover a new car. I am looking forward to testing the car on the race track in Abu Dhabi, to see if it feels a comfortable ride for me.

“It will also give me the chance to try out the new track.

“Furthermore, I will be given the opportunity to spend some time with the Team before the F2 test. This F2 FIA test is important for me. I want to show the Team my capacities and, with time, potentially take part in a program simultaneously to the FIA-WEC.’

Remy Brouard, Thomas Laurent’s manager: Thomas is 20 years old. His motorsport career has previously been dedicated exclusively to endurance, enabling him to climb up the different categories very quickly.

‘World Karting Champion at 16, LMP3 and LMP2 with YMR and Jackie Chan DC Racing X Jota, Rookie-Test in LMP1 with Toyota (pic above) and finally, earning a seat with Rebellion-Racing. Thomas has been on the podium of the 24h of Le Mans 3 times already and also holds 4 victories within the FIA-WEC in just 2 years.

“This test in the single-seater car within F2 is a real opportunity for Thomas which he clearly has the age and maturity for.

“We would like to give our warmest regards to the Arden Team and Sam Hignett from Jota Sport for the opportunity to partake in this test.

“Thomas is well aware of the challenges and knows that it will be difficult to reach the highest level of the category in a single test. Nevertheless, he continuously demonstrates a great ability to adapt to all types of race cars.”