TDS Racing’s season in the WEC has thus far been traumatic, and a late error in Shanghai did nothing to change that. 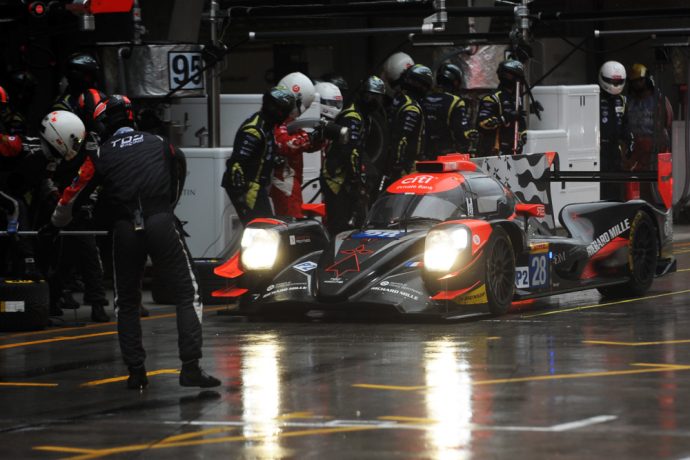 After a late realisation from the pit crew that Francois Perrodo needed to complete an additional 50 seconds of drive time behind the wheel, the crew pitted the car on the final lap, but it was too late.

The car was held at the red light at pit out, and therefore did not pass the chequered flag on the final tour, and was unclassified.

The team was en route to finishing third in LMP2 and score 15 points, instead, they left with nothing.

Two post-race penalties were handed out in GTE Pro after Sunday’s race, one to the #67 Ford, the other to the #81 BMW. 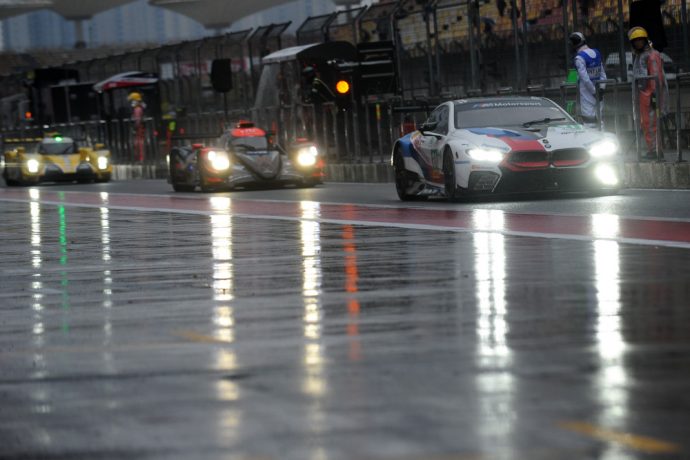 DSC’s post-race confusion about the nature of the “safety car pit stop violation” for the #67 was clarified by Harry Tincknell on Monday morning.

DSC’s presumption that the penalty had been leavied after Harry ran down the pit straight instead of the pit lane during a safety car, was incorrect. Tincknell, after receiving a rapid-fire barrage of conflicting instructions failed to follow the safety car train through pit lane, after an incident on the pit straight.

A penalty was avoided by Tincknell realising his error, proceeding at a very slow pace and re-joining the queue, knowingly behind the #54 Ferrari, which had been behind him in the queue, at pit out.

The penalty was in fact, dealt out for a separate incident under a separate caution which involved Andy Priaulx stopping a lap too early in the #67 under a safety car procedure. Tincknell was however, involved in a separate incident which ended in a penalty, but not for his car, after Martin Tomczyk made heavy contact with the #67 Ford in his #81 BMW, it is presumed after missing his braking point on the river at Turn 16 in the fading light on the final lap.

After the penalties were applied to both cars post-race, the #67 was classified 10th, behind the #81 which ended up ninth. The Corvette was the benefactor in these penalties, finishing eighth in the final classification.

After five rounds of the FIA WEC ‘Super Season’, three of the four classes feauture tight title battles as the championship enters the ‘Winter break’.

In the LMP Drivers’ title race, it’s tight at the top between the two Toyota crews, the #8 of Fernando Alonso, Sebastien Buemi and Kazuki Nakajima leading the #7 of Jose Maria Lopez, Kamui Kobayashi and Mike Conway by just five points.

LMP2 meanwhile, sees three crews in contention, with just 14 points between them. The #38 Jackie Chan DC Racing crew’s win on Sunday sees them build a 10 point lead over the #36 Signetch Alpine, and a 14-point advantage over the sister #37 JCDC ORECA which sits third.

GTE Pro sees Porsche running away with the Manufacturers’ title as it stands, its lead over Ford 76 point, and its #92 crew of Kein Estre and Michael Christensen sitting at the top of the table with a 43-point advantage over the #66 Ford pairing of Olivier Pla and Stefan Mucke.

GTE Am though, is closer following the steward’s decision over the weekend which saw Dempsey Proton (which led the standings) have all its points from the opening four races taken away.

Post-race there was much comment from drivers of the difficulties not just with weather conditions but with the race finishing in full darkness. Visibility at what was described to the DSC editor by a factory GT driver as “as close to zero as I’ve ever experienced in a race car”. 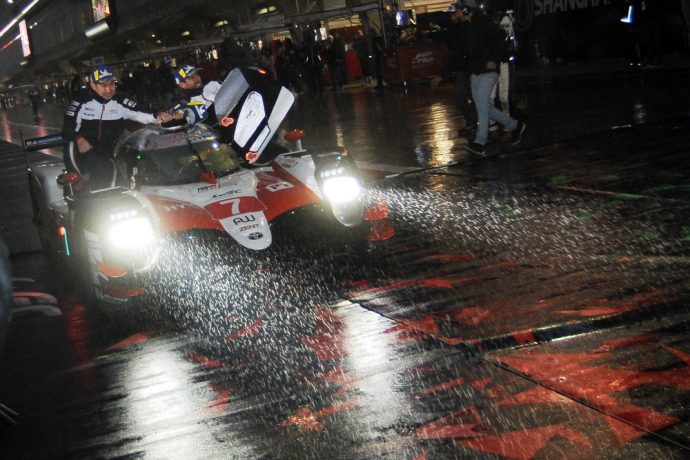 There will be few complaints then, that this fixture on the 2019/20 calendar will be for a four-hour race, giving race organisers the chance to complete the race in full daylight.

There has been much comment in the paddock about the freshly-announced 2019/20 WEC Prologue at Barcelona. Multiple teams have expressed to DSC their concerns about an additional financial burden despite the drive to cut costs.

“Doing that one test will cost the team 80 percent of the cost of a full race meeting,” commented a team principal of a factory GT team.

The FIA WEC though defends the move on a number of grounds, including that it is a chance to raise the visibility of the championship and to ensure the preparedness of the teams post-Le Mans for the season opener at Silverstone.

There has though, been additional comment that the Prologue sits too close to the weekend’s Spa 24 Hours, causing difficulties for a number of those both as competitors and others involved in the meeting, that might have business, or indeed potential business in both locations.

Again though, those issues are rebuffed by senior sources at the FIA WEC, who maintain that the crossover between the two events, is minimal.

Following the retirement of Clearwater Racing veteran Weng Sun Mok after Shanghai, DSC expects an announcement next month of the replacement driver squad for the team’s #61 Ferrari for the remaining ‘Super Season’ rounds. 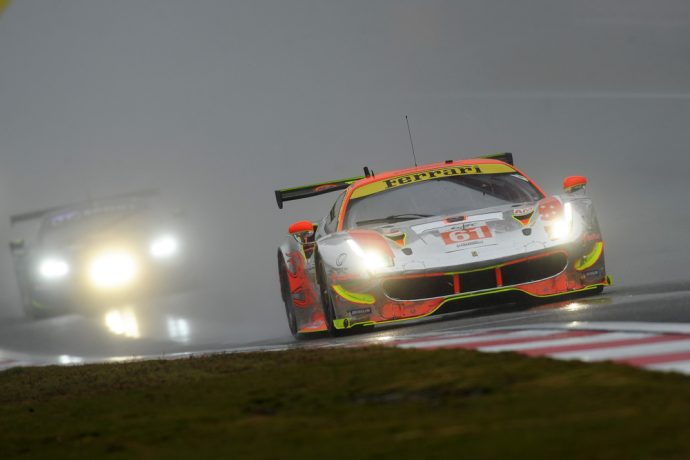 While, Mok and long-time driving partner Keita Sawa look set to be replaced, Matt Griffin is understood via several sources to continue racing with the team until the end of the season, joined by two familiar names, one of whom is set to rejoin the WEC after several seasons away.

Clearwater meanwhile, looked set for a fairy-tale finish to the chrome-dragon era in the race, the team though were wrong-footed on its strategy by the topsy-turvy nature of the race. The car plummeting from what seemed like a near-insurmountable lead, to seventh in the GTE Am class at the flag.

Weng Sun Mok will race this weekend, at his beloved “home” circuit in Sepang, driving a chrome Suzuki Swift sporting a dragon, in a 1000km race with friends including one of Clearwater’s pit crew on the driving squad this time. Following that race, the team will retire Mok’s iconic livery.

This weekend at Shanghai it’s the opening round of the Asian Le Mans Series, the entry list, DSC understands, set to feature plenty of familiar teams and drivers to DSC readers.

Three teams from the WEC paddock are staying on for the racing, Jackie Chan DC Racing, Spirit of Race and TF Sport, and five outfits from the ELMS are confirmed to be making the trip, joining the local pack. United Autosports, Ecurie Ecosse/Nielsen Racing, Algarve Pro, Inter Europol and Panis Barthez Competition are all fielding cars.