It’s fair to say that prototype racing globally is continuing to grow, both in numbers and in interest from fans. And one of the constructors with a big hand in all markets is Onroak Automotive, with its Ligier brand.

With the landscape continuing to change, and plenty to talk about, DSC decided to sit down with Pierre Nicolet, Deputy General Manager of Everspeed, the holding company of Onroak Automotive, last month. There, a variety of topics were discussed, including Onroak’s business in the USA which has been flourishing since the purchase of Crawford, shortly before CORE announced that it would be racing a Nissan Onroak DPi next year.

There’s encouraging signs across the board, in all markets, but as Nicolet told DSC, there’s a lot of work still to do to ensure that customers are happy, the results are there, and that newer cars, be it the JS P4, the JS2 R or even the new(ish) breed of LMP2s can become a longer-term success story.

So Pierre, let’s start with Asia. The numbers in Asian Le Mans Series for Ligier must be really encouraging for you? You’re supplying the entire LMP3 field, and almost the entire LMP2 division too! 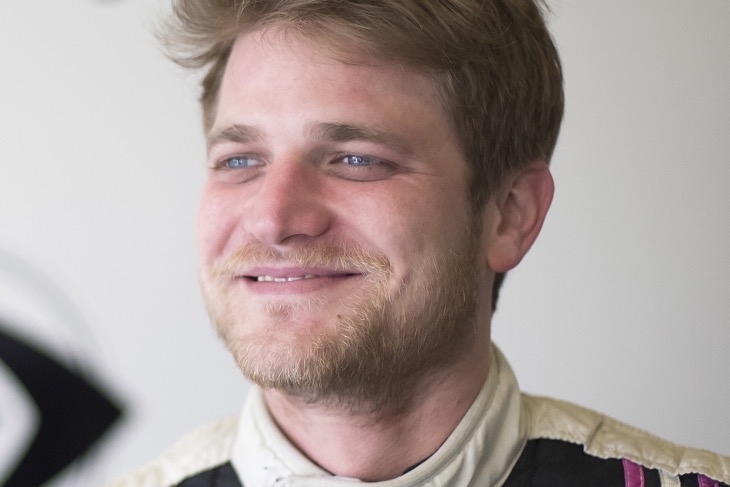 “LMP2 is most impressive. I think what explains the number of LMP2 cars this year is the attractiveness of the series, the Le Mans invites, and how cost effective it is to run the older cars for four races. The availability of Ligier cars saisfies the teams, and especially the ones who run the new generation in ELMS. It has a lot of appeal for United, Panis Barthez, Algarve, because they don’t have to use the same car for both series.

“That’s part of the reason there are eight in Asia, and that’s a good field.”

How many JS P2s are there still out there?

“There is three or four more in the USA, and we have two more we can business in Europe, and there’s one or two elsewhere. The field in Asia could be bigger if more teams would like to join.”

Tell me about the service you can provide in Asia? Is it as streamlined for customers as it is in Europe or the USA? 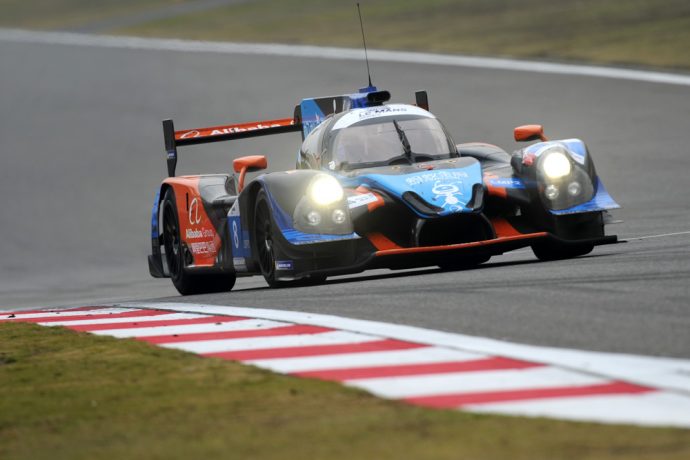 “We try to provide the most complete service we can, it’s taylor made. We can provide a race support engineer and mechanic to follow teams, and we have a full container of parts in Asia and the USA. If the teams require more support from our end we can provide mechanics, logistical support, we can lease the Ligier JS P2 cars for Asian Le Mans Series.

“It depends on what teams want or feel is neccesary to have the best service to suit them. We provide the same level of support in Asia we do in the ELMS and USA.”

Shifting focus to the newer LMP2s, where do you see the current crop going forward, a year on from the joker packages coming in to play?

“What we want is for our Ligier teams to be satisfied, to grow and continue to win races like they did at the end of this year. Moving forward we want to continue, work closely with teams that want to develop optimize our chassis. We want to make them stronger with the package we provide. 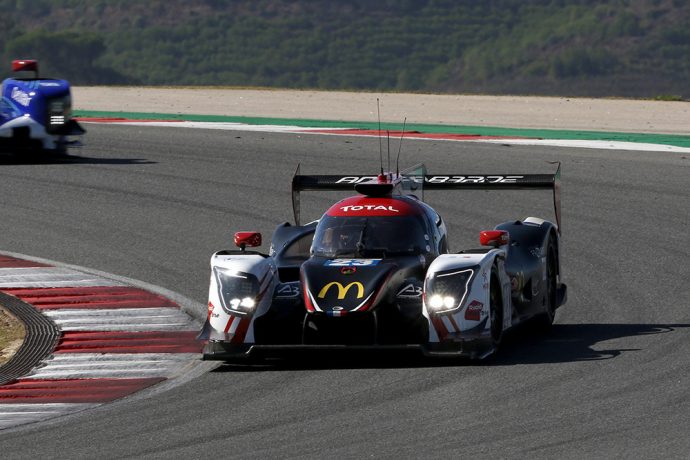 “In ELMS, Asia and IMSA it’s very competitive,. It’s about the entire package and we want to help in any way we can to optimise everything. With the experience and knowledge we have from racing in the past, we can develop a very good relationship with teams.

“We don’t have the number advantage, but we will try to make our teams happy and satisfied. The results come later if you get the right set up and service.”

United’s switch to Michelin appeared to make a difference. We’re seeing results in ELMS. Are you as that you don’t have the same representation and success in the WEC?

“For me, the entry of the series isn’t related to the cars, it’s a team decision, and about budgets. I can’t complain to have Larbre entering with gentlemen drivers. Due to lower numbers of cars, Ligiers running in any series, everybody had took more time to notice the progress of the car from the first race. 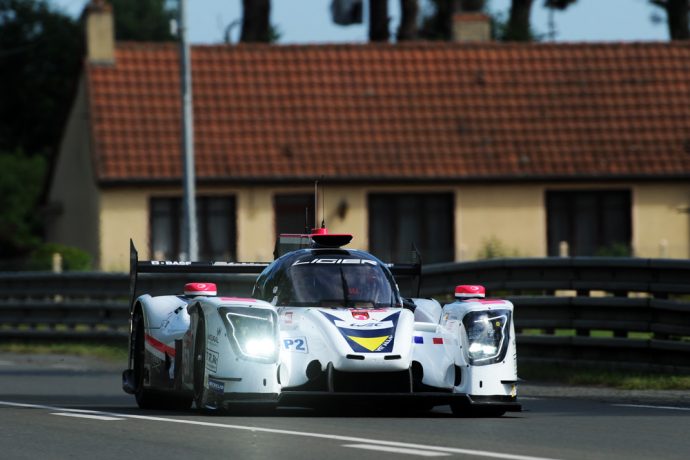 “In Daytona, we had the fastest LMP2 in the field, in Sebring the DPi won the race, in Watkins Glen the JS P217 missed out on pole by a tiny margin, in Le Mans we did the fifth fastest time in qualifying, and Panis Barthez did 21 hours in second. We had pole in Silverstone too, and the cars were fast in Paul Ricard, and if you look at the comination of drivers, teams and chassis, you know the car can do well. We believe in it.

“It was a new car with the Joker, we can say we are a bit behind ORECA, which has done two years with the same package, so we need to work even more over the winter with teams so we are stronger again. But in the end we won a third of the races in ELMS, we were strong in Le Mans, so there’s a lot of positives. It’s nice to be in this position. We can suprise people again. We have a car that’s fast, and the most reliable in the field.

“The next step is how we grow with our teams, and optimise every part of the car, the manufacturer and the team for endurance races.”

strong>Last time we spoke, you had just bought Crawford. How’s the USA how’s that part of the business going? And does the JS P4 have a future in the USA maybe?

“When we took over Crawford Motorsport, we only had one product to sell, which is the F4, and now we are up to 85 Ligier JS F4s in the USA, which is a big success after three championships. We have now released the Ligier JS F3 too,with a series that started in August, and we expect a big grid for next year.

“LMP3 was introduced in 2017 in the USA, in IMSA, and we’ve seen at the last race about 17 cars, and I would expect a lot more car next year. It’s growing, which is great for ACO cars in the USA.

“We’ve also presented the JS P4, which is a racecar for track days and endurance racing. It’s for us and the ACO as a good ladder product to step in before LMP3, so I think it has great potential in the USA. We just need to market the project there. 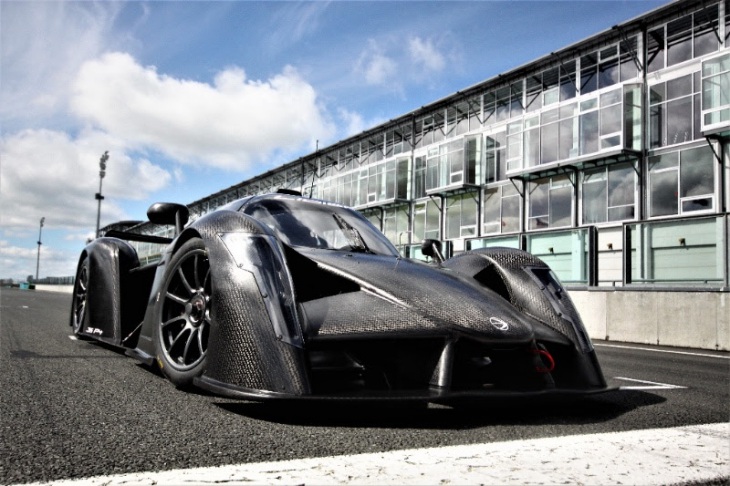 “The car in terms of style is appealing for gentlemen drivers, so we need to be active on US soil.

“LMP2 and DPi is the same as everywhere else, a small market, less potential to grow, but everybody is interested in racing the best tracks with the best series. We just need to get new teams to join.”

Let’s talk IMSA next. What do you think of the prototype class split in IMSA? Has it got the phone ringing with people wanting to get privateer entries running out there?

“The phone always rings, whatever the class. I think it satisfies some people, but it’s impossible to satisfy everyone. We’ll have to see what it means in terms of entry. Personally, I think either decision would have been good. It was something that P2 teams wanted, some DPi teams and the opposite was asked by LMP2 and DPi teams too. In the end, IMSA made their decision. We’ll support it and make the best out of it.”

Will we see JS P217s on the grid in IMSA next year? 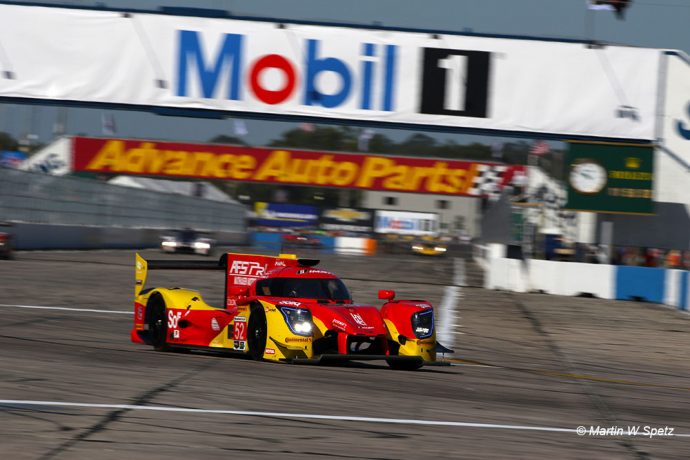 Do you have a number in your head?

“As many as possible. Let’s see in January.” 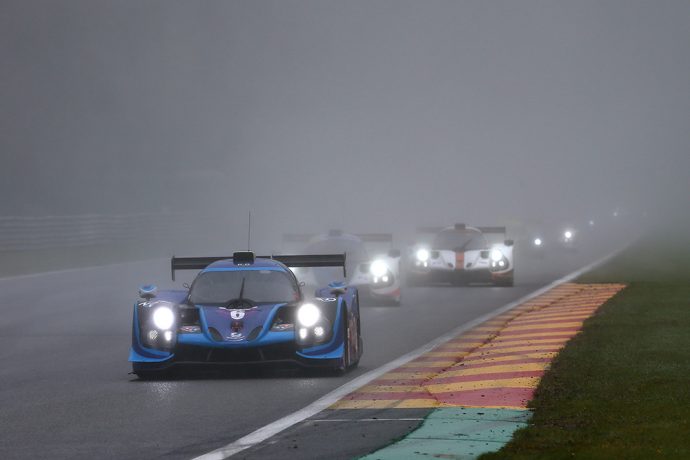 “I will respect the ACO in this instance. There will should be an announcement soon before the end of the year. LMP3 is probably the best platform in the world for the price and experience you can get to develop yourself either as a young driver or gentlemen driver, because the level is so high.

“It will grow in the coming years.”