The Shanghai FIA WEC meeting saw multiple members of the WEC media pack invited to an open roundtable discussion at BMW with its motorsport director, Jens Marquardt. There, questions were asked about DTM, Super GT, Class 1 regulations, Zanardi’s Rolex 24 entry, Formula E as well as the brand’s roadmap for its commitments to ACO rules endurance racing.

For now here’s what he had to say about GTE, the 2020 ‘Hypercar’ and 2024 zero emissions regulations: 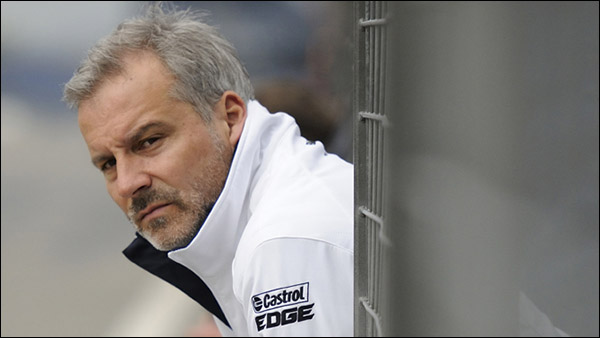 Let’s start with 2020, where does BMW currently stand on hypercar regulations?

“There is now a first version of the rules. But our full concentration is on GTE, that’s where we have launched the new car. We’re monitoring what’s going on the future, but currently other than checking what they are like there’s nothing more going into it, honestly speaking.”

Is BMW one of the brands that has had a board level presentation from the ACO on these regulations?

“The ACO wanted to do a presentation, we haven’t yet made it scheduled. I’ll get an overview tomorrow, but as I said we just launched our GTE programme with the M8, so for us this is the focus for this year and next year.”

The rules are three years away though, could you still theoretically be on the grid for the beginning of the hypercar concept?

“Do you see a BMW hypercar right now? We have with the 8 series and the M8, a car that is a competitor to the 911s, AMG GTs and Corvettes and from a product point of view that’s our top-level right now. If you look at the product line-up, which has much more lead time than anything else, there’s nothing on the horizon within BMW. With regards to product base, I’d have a hard argument on that internally.”

It can be based on a concept car, not a production car though, so that’s not an obstacle…

“for the moment, we are happy with our M8 campaign, our programme, launching the race car before the streetcar. We are monitoring the regulations, but I wouldn’t see us as prime movers.”

“As we’ve discussed a few times, should prototypes be something considered by BMW, it would have to be a relevant technology for the brand. Hydrogen fuel cell is something that we’re working on technologically, we have a cooperation with Toyota. It’s a concept that you could use in endurance racing, which is what it will be aimed at for production cars, with long-range distances.

“But that’s a pre-condition, I’ll have to wait until tomorrow to get more explanations. I wouldn’t say at the moment it’s a link for us straight away there.”

Are you disappointed in the route the ACO and FIA have taken with the rule set?

“We have to look at the level of effort and budget it would take and what the outcome is. For people that already have a powertrain ready to go, it’s quite easy. For us it’s a big effort and financially substantial. Honestly at the moment from our point of view, we’re happy with where we are, we aren’t desperate.”

Was the timing simply wrong?

“We would always look at what is happening, but it’s the same platform. You’re going for an overall win, but we’re competing with Ferrari, with Porsche, with Aston, the natural competitors for our road cars. We are in the right place.

“At the end of the day, if you’re a marketing guy and not a racer like me, as a racer you always want to win overall, as a marketing guy you want to go head-to-head with the key competition. And right now the best racing is in GTE, so we are in the right spot, and the timing was right for the launch of the M8.

“There is no hypercar for BMW right now, there are concept cars, but the next thing is not a hyper sportscar, it’s a car with the interior of the future, with autonomous driving options. There’s no desperate need for us.

“I’m in an easy position, to just sit and watch. I’m happy for Toyota, who feel this is the perfect next step, they already have a concept car in that direction. We will watch how things unfold, and make a decision when the time comes.”

The H24 car we saw at Spa, what are your thoughts on that?

“Hydrogen and fuel cell is a technology you can use in endurance. It’s very important for that kind of technology, showing that they can work, they can be used to compete on a good level. You either fit it into GTE somehow, or you fit it into LMP. Really it should be in the top class because you want to showcase it. There are a little ways to go though. 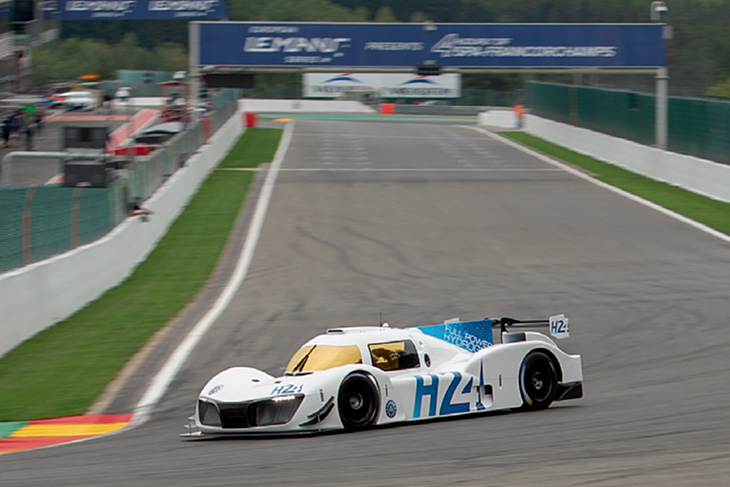 “We have hydrogen cars running in our test fleet in Munich, and the cars are running without issues for the last two years. The technology is there now, it’s real, it just needs refinement.”

There are three notable points to take away from this discussion.

Firstly, BMW is clearly prioritising its GTE effort in the short to medium term, which let’s not forget, only made its debut earlier this year in the WEC.

Secondly, the proposed 2020 ‘hypercar’ regulations don’t fit with BMW’s strategy going forward in motorsport, or in the production car business, so it is almost certainly not going to be a player.

And finally, hydrogen continues to be of interest the Bavarian brand, which has for a long time stressed the need for the technology to be relevant to its future plans in order for it to commit to a substantial motorsport programme.

Whatever happens over the coming months and years from BMW, it’s important to remember that the success or failure of the 2020 and/or 2024 concepts do not hinge on it participating or sitting out.

BMW is one of multiple voices in the room shaping and monitoring the future regulations, but it appears that it is more than likely to direct its resources at its current motorsport commitments, especially as its DTM effort is still a priority (and in a transitional period due to the move to Class 1 regulations), and its GTE/GTLM and Formula E programmes are in their infancy.

And as it stands, that’s fine, because there could be some really head-turning names joining the ACO’s grid on the horizon should the stars align…