All 33 listed cars are present at Yas Marina Circuit for this weekend’s Gulf 12 Hours with Race Organisers gathering much of the field for a photocall.

In fact a 34th car is here, but not set to race, the car that served as the Team Australia Porsche 911 GT3.R for the FIA GT Nations Cup in Bahrain two weeks ago, one of a numbr of cars here that were involved in that meeting. The car is in the process of being prepped on-site for the 24 Hours of Dubai, (including an early effort to remove the Australian stars from the glorious British flag on the bonnet of the car!) 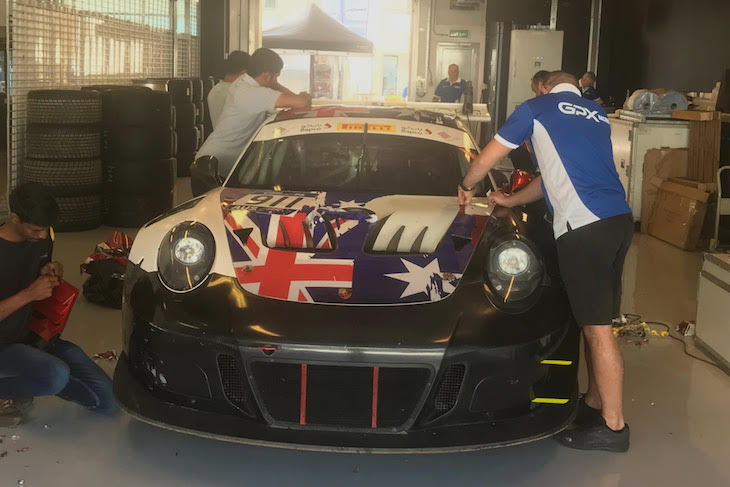 Herberth are providing technical support for the GPX Porsche effort here, the car in Gulf livery, the team’s first with the 911 GT3.R, this same car will contest the DUbai 24 Hours with a new Porsche due for delivery soon afterwards. 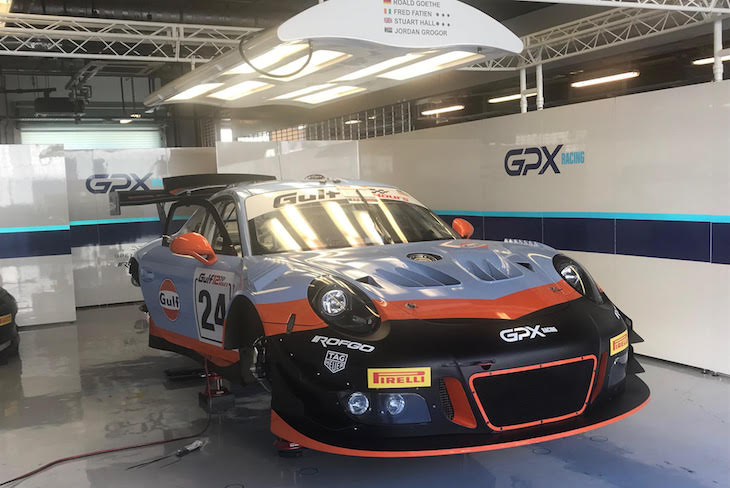 The entry contains a couple of surprises, not only are the pair of Car Collection Audis in full 2019 ‘Evo’ spec, but also the trio from Attempto Racing. 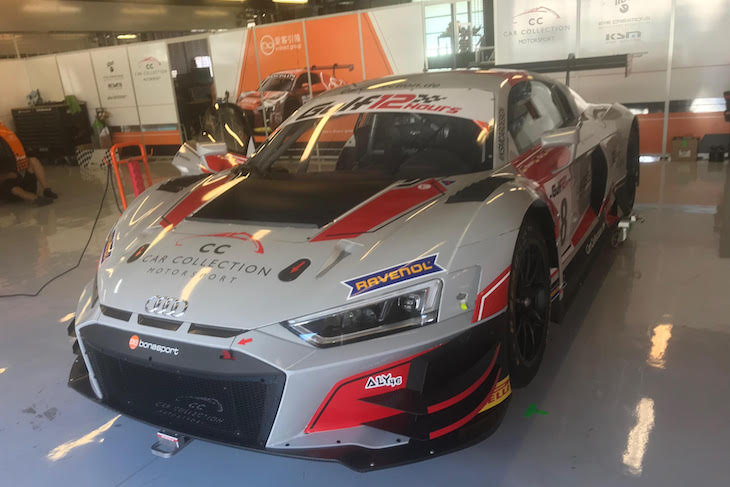 Add in the trio of 2019 Aston Martin Vantage GT3s here in customer hands for the first time, plus the debuting McLaren 720S GT3 and the meeting is hosting by far the biggest collection of 2019 spec GT3 machinery thus far seen on track together, 9 cars across three marques. 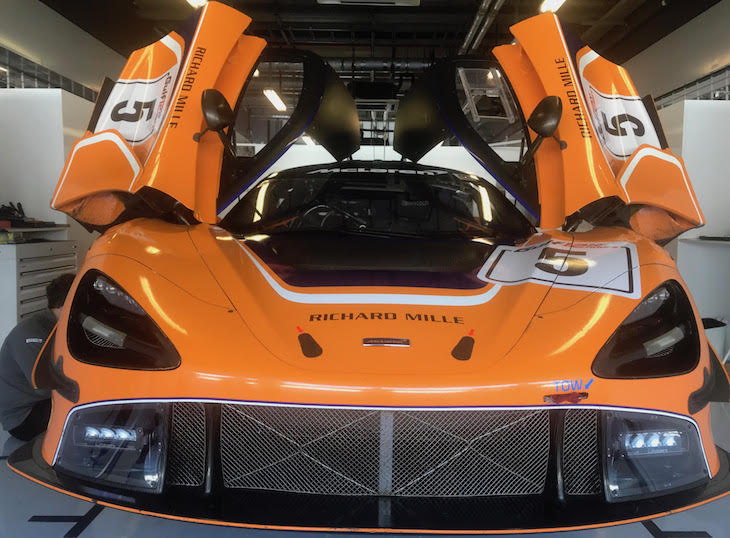 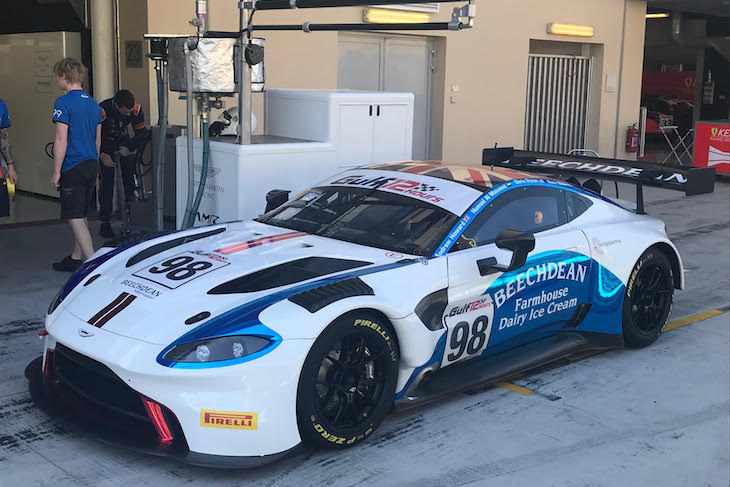 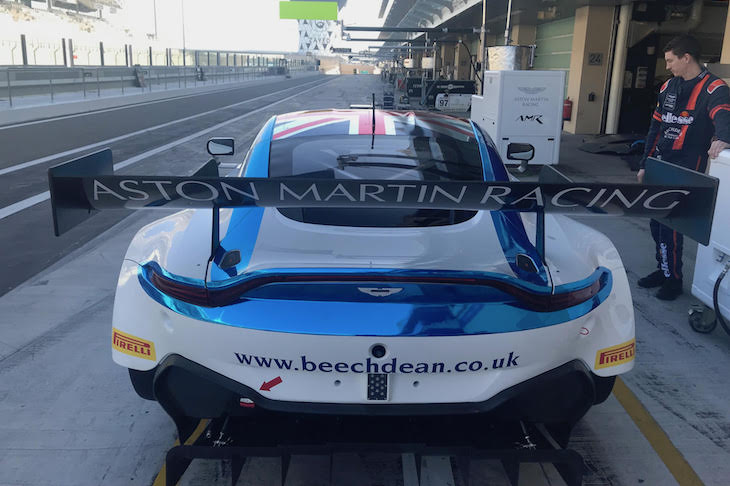 Testing on track yesterday there was an attempt at least to provide the basis for Balance of Performance for the new cars. That though is going to be a ‘work in progress’ across the weekend it seems!

Several teams are making it clear that the meeting is being approached as a very live extended test session, no surprise there with several very new cars never before seen in competition.

That includes the brand new and debuting GT4 version of the new Aston Martin Vantage, finished in a very fetching dark blue livery. More on that car later today.