GT4 team Motorsports In Action looks set to push for a two-car programme racing the McLaren 570S GT4 in the Michelin Pilot Challenge (formerly CTSC) for 2019, after a challenging season racing with the marque this year.

After scoring four podiums including a win at the 2017 season finale in Road Atlanta, racing a pair of McLaren 570S GT4s, the team concentrated on competing with just one car in 2018, with Corey Fergus and Jesse Lazare, but was unable to build on its debut season in GT4. The team came close multiple times, but for a variety of reasons didn’t take home any winners trophies.

However, the up-and-coming Canadian outfit – which is run out of Montreal – is set to push on in 2019, looking for better fortunes in the newly-branded Michelin Pilot Challenge (formerly CTSC). There’s still real aspiration coming from within, and real motivation to push on and challenge for wins and titles going forward.

And a big part of this is the impact that the changes behind the scenes at McLaren Automotive have had on the confidence of the team owner.

With McLaren Automotive Ltd’s court case vs CRS Racing Ltd now over, it’s all systems go in Woking. MIA owner Eric Kerub spoke to DSC fresh from a meeting at McLaren Automotive’s base about the future of the brand’s Customer Racing programme at the end of last month and was notably positive. 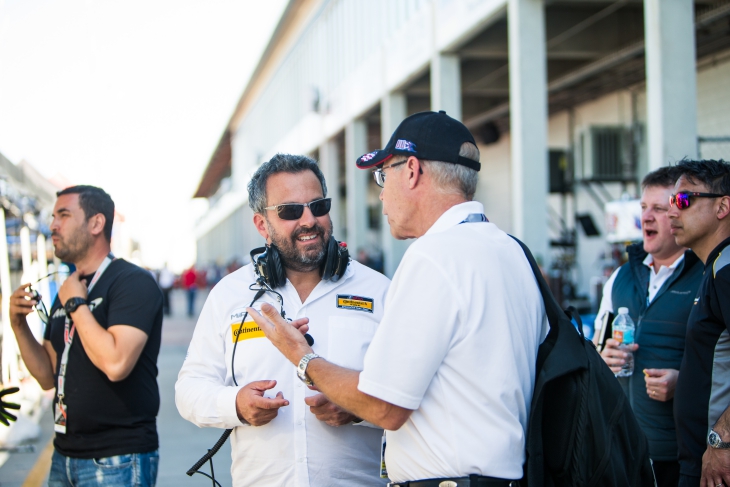 There, Kerub sat down with McLaren Automotive Director of Motorsport Dan Walmsley and his senior staff for a near full working day, had his (at times rather challenging) questions answered and his concerns noted. And with the dust settled on that trip to Woking, it’s safe to say that the brand’s approach to customer racing left him encouraged going forward.

He’s still dedicated to supporting the brand after a tough season in which his team’s 570S GT4 struggled in CTSC competition, partly he said due to the series being “slow to adapt” on the BoP front, and because the car suffered from minor shortcomings due to there being limited development work done to it over the past 16 months.

The 570S GT4 and McLaren’s support offerings for customer teams looks set to evolve for next year though, Kerub explaining that now McLaren is unfettered in its ability to directly support customers, provide spares and develop the car, McLaren is pushing hard to change its outlook going forward.

“The meeting came about after our last race, I met McLaren Automotive, and we pinpointed a good time to come to the UK for a meeting was after the Abu Dhabi F1 race,” he said. “So I needed to go to figure out how everything was, and what we were doing for next year.

“We needed to know what was going to happen if the court case was still on, and the chances are, if they were in limbo still, then the chances are that I wasn’t going to go racing. So I wanted to hear from them what the plan was. 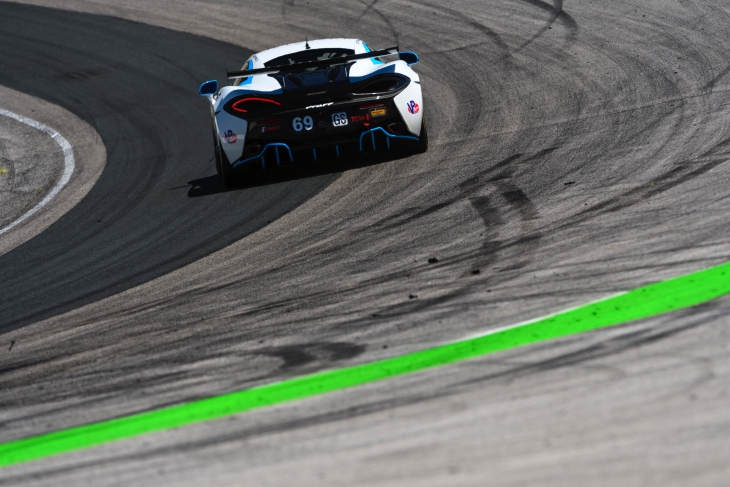 “But when we met, the case was over. I had a 10-item list to discuss, and the biggest item was removed off the list right off the bat because of that.

“It was super positive, even before that I met with some stakeholders in McLaren, and they were full of enthusiasm and said, “let’s go racing!”. Everyone is so motivated to drive this forward.

“So yeah, at the meeting, we sat for hours and talked, they listened, and my impression is that it’s full-speed ahead. I got to see the production line, with 15 GT4s on it being built.

“They realise they have deadlines; they realise that the car in its current form has room for improvements which should have been addressed a year and a half ago, but weren’t for obvious reasons. The important thing is that they are aware of these points, and are progressing each of them.”

At the meeting, we sat for hours and talked, they listened, and my impression is that it’s full-speed ahead

There’s no true detail on just what the rumoured ‘evo’-spec 570S GT4 will look like yet since the SRO would need to agree any proposed developments, however major progress is being made.

“They’ve been working on improving the car in the background for a long time, months and months,” he said. “They’ve been working from data, from feedback from teams and drivers. I was very happy to see that everything we discussed was on the list for car improvements which will be submitted to SRO. Now they have to wait for SRO to say ‘yes’ or ‘no’ to each change. It has to be done quickly. And these changes are more about drivability, reliability, rather than performance.

“Then there’s McLaren’s service. The reality is that for the past 16 months, we’ve had one junior guy coming to our races. Now there’s going to be a fully-blown McLaren Automotive/Motorsport presence at races, with one or two techs on site, and occasionally management at races. “They are taking a more professional approach. This is no longer going to be a small effort. They realise they need a presence, they need people on site to help customers and to be involved in discussions about BoP. It’s very, very inspiring to see the changes that are going on right now.

Back when DSC spoke last with Kerub at the Rolex 24 this year, he was keen to express his desire to race with McLaren in GTD in the relatively near future. While he won’t be making the leap just yet, he will be monitoring Compass Racing’s Sprint Cup effort with the 720S GT3 in IMSA next year, with the aim of committing further down the line.

“It’s very encouraging that McLaren sees light at the end of the tunnel, and that customers like us and Compass aren’t abandoning them for reasons that are out of their control. They were put in a corner and they won the case.

“Compass has ordered a brand-new car, and it’s going to be very excited to see what they can do on the track.

“For us, we need to prove ourselves, so until I’m satisfied, I will wait until we’re ready. What was a three-year thing, may be four to five now. I love the GT3 platform, I race the 650S GT3 at club level, the 720S GT3 too looks great, it’s the first GT car that’s been designed and made in-house by McLaren Automotive and not subbed out. I’m curious, and I’m upset I won’t be one of the first customers to do it. 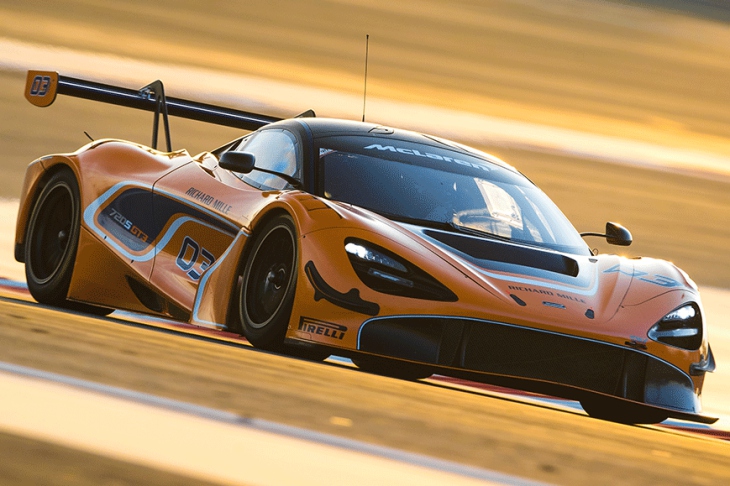 “We can’t forget that we skipped a lot of steps, we didn’t do TCR or anything like that, we went from Micra Cup in Canada to GT4 in IMSA.

“I’m humble with this, we need more dirt under your fingernails before we jump into GTD.”

So what does his 2019 programme look like? The plan is to try and get two cars running again, as MIA did in 2017, and bring back the pairing of Corey Fergus and Jesse Lazare for another season, as well as Chris Green, and gun for the Michelin Pilot Challenge title.

“We’re really looking now at getting both cars out there,” he explained. “We’re pursuing customers now.

“I like to believe that we offer more than our competitors because we have to. We have to because we’re new, and we’re trying to make our way in the world of established teams and drivers.

“So if I’m a Pro or an Am driver, I think it’s easy to look at established teams, they’re a known force. For us, with a new car, and as a new team, we need to perform. We need to make sure that as well as our performance on the track, we’re top notch off track too.

“And we have a great bunch of full-time staff, who have experience in WeatherTech. I’m investing so much into this, because we want to show we can play with the big boys.

“As a platform the 570S GT4 is great, it has everything you want. They just needed to make changes and have McLaren present for customers. And they are addressing that.

“We’re on a campaign now to share this news and put packages together to get cars out. We’re doing all we can.”