To many regular DSC readers, Aaron Scott is a mainstay in the ELMS and Blancpain Paddock, after a lengthy tenure as a professional GT driver, racing with a slew of high-profile teams such as AF Corse, in race and title-winning cars.

But away from that, Scott spends much of his time away from the modern paddocks, running a company that specialises in restoring, maintaining and running historic race cars for customers.

With historic racing continuing to grow in popularity and grids getting bigger and bigger around the world, there are so many opportunities out there. To get an idea of just how embedded in historics Scott is, DSC sat down with him to talk about his new company, Scott Sport, what projects he’s working on, and where he thinks historic racing will go in the future.

It’s not an easy part of the industry to get a foot in, because it’s far more complicated to find, build, race and repair a car that’s decades old, than a modern plug-in and play GT car.

So how did he get involved, and just what is it that he’s up to when he’s not challenging for wins and podiums with the likes of Matt Griffin and Duncan Cameron?

Let’s start by talking about your initial involvement in historic racing. How long have you been working in that part of the sport in the background?

“I’ve been managing cars for a number of years, for customers. like Celtic Speed, we look after cars for them. I started that back in 2012 and it’s grown from there, as I’ve been able to pick up another couple of customers, so now basically I run Scott Sport which is my team. We’re based in Sutton Coldfield, and we’re focused on historics.

“I still obviously race modern stuff, like with AF Corse in the ELMS and I love these events, but I’m keen to keep the two separate so that neither encroaches on one another.”

Give me an indication of the scale of your operation, how many cars do you run?

“We’ve got around ten cars in the workshop right now, it’s a great workshop which is centrally located in the Midlands, we employ on average 6 skilled technicians throughout the season, restoring, maintaining and running the cars. We’re doing international races, like the Masters Historic Series and we have clients coming to us from all over the world.

“We have a couple of ORECAs in the Masters Endurance Legends, LMPC & LMP2 cars and we won the Masters Endurance Legends championship in 2018 with Canadian driver, Keith Frieser. We also raced in Daytona at the end of season Classic 24 hour where we won the Group C category in the Porsche 962, our 3rd win in 4 starts at this race, we also finished 5th and 6th in the Group E category with the LMPC cars. In Sebring we ran the Classic 12 hours and we qualified on pole position and finished 3rd overall with the Oreca LMPC.

“Outside of sportscars we also look after F1 cars, but we have plenty of Le Mans cars and Group C cars.”

So do you specialise in sportscars, or are you open to running a wide variety of cars?

“We’ve got three historic F1s, we’ve got a Shadow from 1973, a 1982 Keke Rosberg winning Williams, and another Williams that was a very early model, the FW04. We take on all kinds of projects. The Williams, for instance, was a full restoration, which hadn’t raced since the late 70s, so we brought that back to life. We also just completed a semi-restoration project on an LMP2 car that raced back in 2013, an ORECA 03. 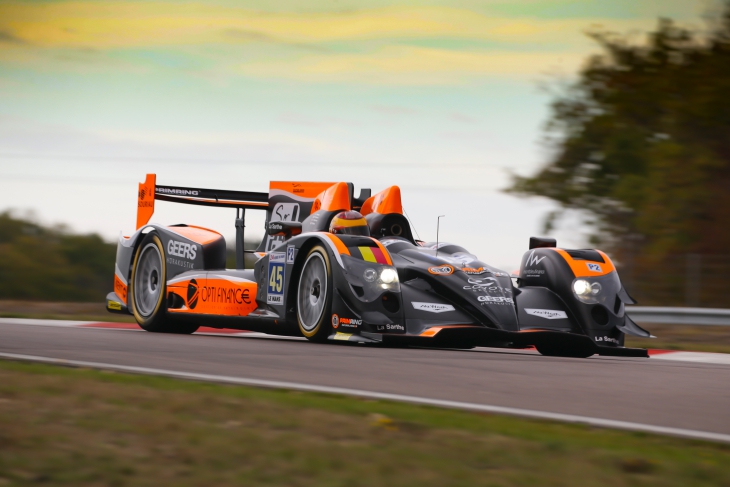 “We go through a strict crack testing process and, as a driver myself, safety is a massive priority so we are meticulous in our work.

There are so many opportunities in historic racing now, to get cars that are anything from pre-war to as recent as the last decade of racing. This must give you so much hope to keep this going long term?

“It’s really good. Masters Legends is quite an interesting concept because to the purist historic racer they’re not historic cars, but they are, because the cars we’re running are 10 years old now! But instead of them sitting in a barn somewhere, you’re able to race them, and keep them going.

“The environment is also good, because the cars are not only relatable, but pretty strong and safe, and easy to get on with. Just think about gearing, you’ve got paddle shifts in those, then you look at an older F1 car and you’ve still got heel-toe shifting. This makes the MEL cars very user friendly for those that aren’t used to the old school methods of driving. 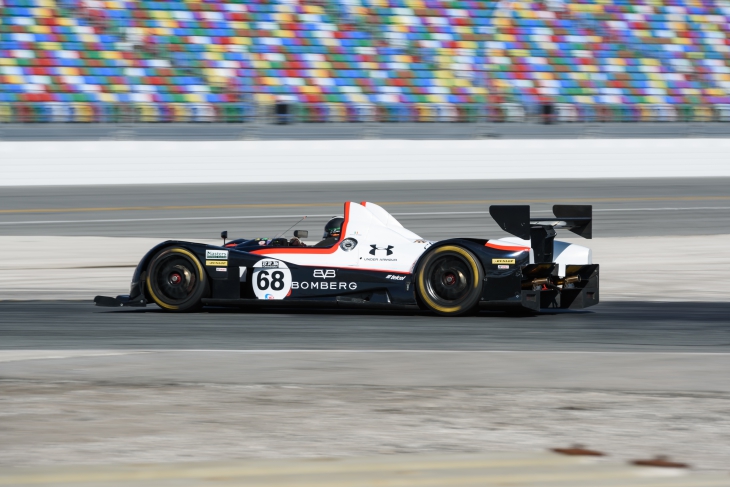 “Historic racing will constantly evolve because it’s a generation thing because these guys are racing the cars are that would have been posters on their bedroom walls. Most of the guys racing the cars are enthusiasts who have been successful in life and are able to make their dreams come true by restoring and racing some of these amazing machines.

“There will come a time when the really early stuff won’t appeal to the newer generations. That’s the nice thing about getting some of the newer cars and making them eligible.”

How challenging is it to source parts for some of these cars, and run them? Some of the more modern cars were extremely expensive even when new!

“It’s not too bad. With Historic Formula One cars, you have to have a different mindset. You can ring Williams and you might get a drawing or something, but a lot of stuff has to be reverse engineered and you certainly need to plan ahead. You need to have contacts too.

“After years of doing it I now have decent contacts and partners within the industry and that really helps. I’m really enjoying doing ELMS races, but I think it also helps me racing in historics, it gives you a different perspective on the driving side.”

Away from your GT career, how much driving do you do in historics?

“I think with the historic racing there’s less of an opportunity to drive because it’s the car owners driving the cars, so it’s nice to jump in when I can and help with set up. I do that sort of stuff, and some of the endurance races like Classic Daytona, because I can share the car in these kind of races. Tommy Dreelan of Celtic Speed races a Porsche 962 there, an ’87 Leyton House car. He’s also racing an ORECA LMPC car with us, which is an ex-Starworks car. I will share the driving with him or others in some of these bigger races.”

What are those big events like, as someone who races modern races as well?

“They’re really welcoming. Whenever we’re there, with the Leyton House car in the USA, they love to see it, they love to get behind us and support us. There’s a really friendly, relaxed environment, and the racing is good too, you can go as hard as you want to.

“And it’s been this way since I first started driving historics, when one of my customers bought a Spice Group C car, I oversaw the management of that for him, and set up my company from there, eventually running it myself. 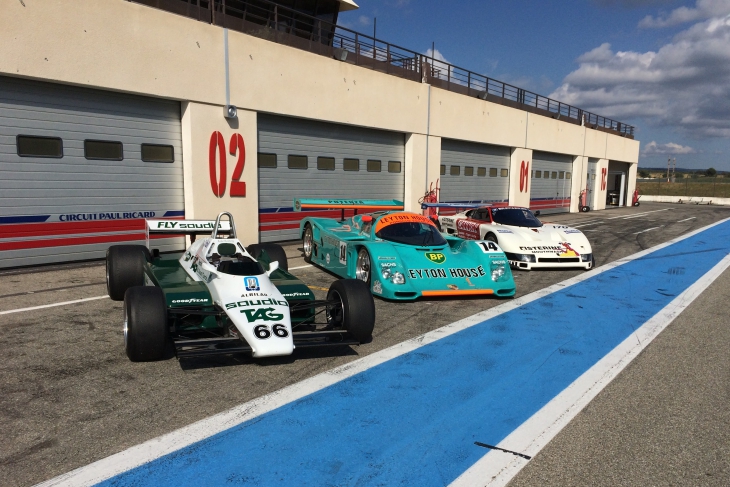 “The enthusiasts are driving these cars, but there’s a real market for fans coming to see them, because they saw them race back in the day. I think it’s fantastic that there’s so many people who want to bring some of these cars back to life and enjoy racing.”

We’re seeing historics break into big events too, we saw the Endurance Legends race at a Grand Prix weekend this year at Paul Ricard, and Gerard pointed out that he wants to do historic races or demos at Silverstone’s WEC weekend next year.

“I think it’s nice. I’ve done a couple of historic F1 support races with the Grand Prix, and I did the Masters Legends race at Ricard this year. In particular for someone like the WEC, if they can get those cars running at those events, then crowds will come because it does give them value, and an idea of where the sport was in the past.

“An event I love running cars at is the Monaco Historic. You sit in the pit lane, and you see those cars, it really is like being back in the 70s. It’s so cool for everyone, and for the owners, they can get a taste of what it might have been like.”

Where do see your business going in the future? What’s your long-term ambition?

“I want to stay specialised with historics and see where it goes. The important thing is keeping the customers happy, offering a good service. I don’t see myself becoming AF Corse, or anything, I just like to think we can turn out cars, do a good job and keep our portfolio of customers happy in the long term.”