The 2019 IMSA season got underway today at Daytona, with the first day of track action at the Roar Before the 24.

It was Mazda Team Joest which stole the headlines at this early stage, with the #77 topping Session 1 with a time that would prove to be the fastest of the day, just a tenth off the fastest time from last year’s Roar set by Felipe Nasr in an Action Express Cadillac; notably was on Continental Tires.

The opening 75-minute session for the WeatherTech runners saw Mazda go quickest, the #77 RT-24P setting a 1:36.407 at the hands of Oliver Jarvis. His lap was four tenths faster than the rest of the DPi field runners.

Jordan Taylor put Wayne Taylor Racing’s #10 Cadillac closest, slotting in second with a 1:36.407, splitting up the two Mazdas, as the #55 completed the top three after a 1:36.449 from Harry Tincknell.

The fastest of the two Acuras ended up eighth, Ricky Taylor 1.8 seconds off the ultimate pace.

In the LMP2 ranks, only two cars made it out, neither DragonSpeed ORECA setting times in the opening session. The fastest of the two was the #51 PR1/Mathiasen Motorsports ORECA thanks to a 1:39.828 by Gabriel Aubry. 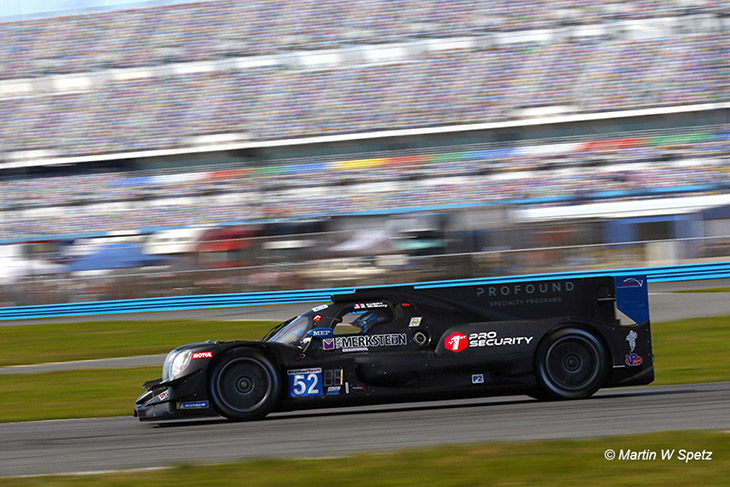 Elsewhere in the prototype field, the CORE autosport Nissan DPi didn’t make it out either. 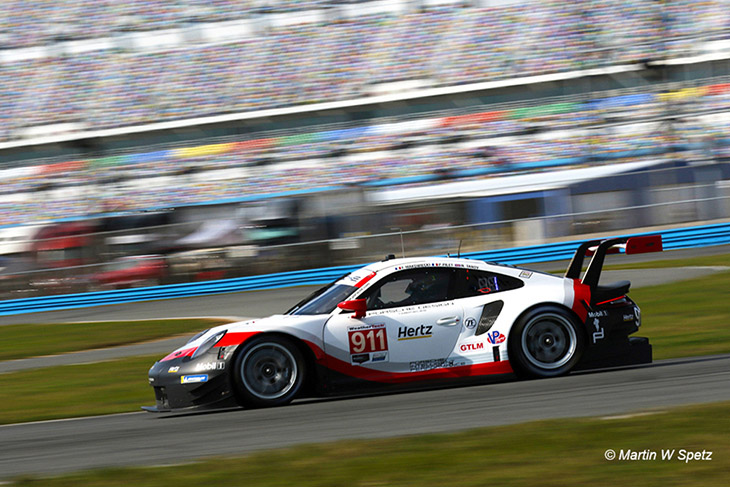 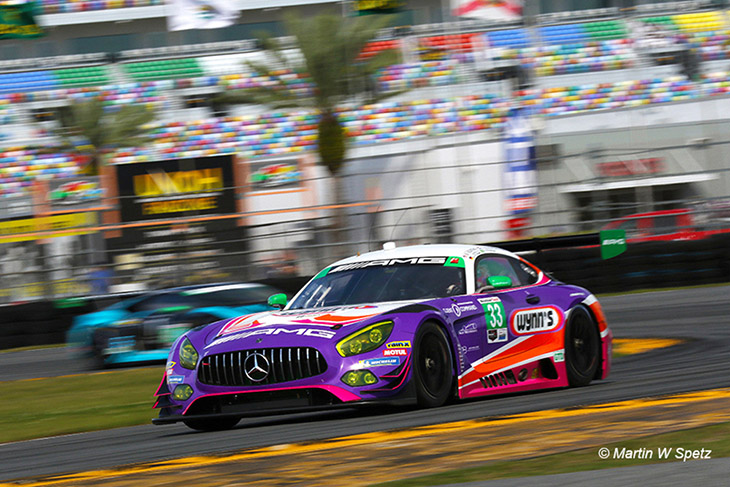 There was trouble though for the #19 Moorespeed Audi, Andrew Davis hitting trouble early in his run and suffering right rear damage in the Chicane that saw the team complete the session with its R8 under repair.

The second session of the day was interrupted by heavy rain, the times at the top as a result, no quicker than the first session. It did, however, give the teams that braved the conditions a chance to try out the Michelin wets before red flags came down a handful of minutes before the end of the session. 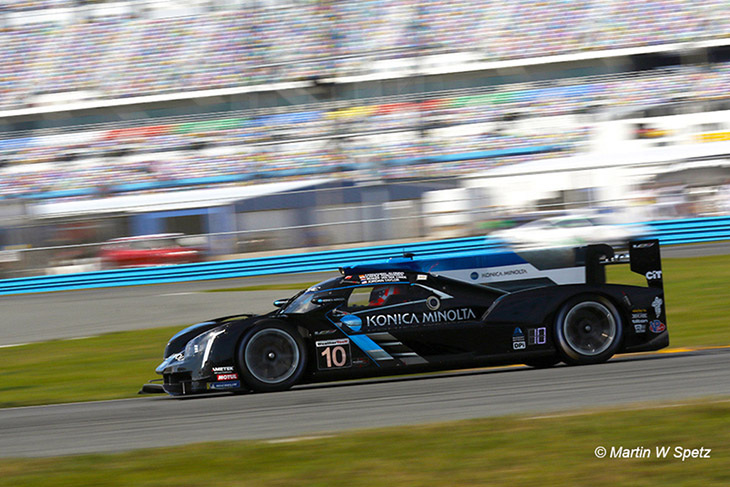 Best of the rest was the #50 Juncos Cadillac, ahead of the #7 Acura which completed the top five in the times, and had an off late in the session with the rain coming down.

Further down the order CORE’s Nissan DPi set its first laps in the session, and ended up eighth with a 1:37.522 set by Colin Braun.

Three of the four LMP2 cars made it out in the session this time, DragonSpeed’s #81 ORECA making its first appearance, and going second with a 1:39.788, behind the class-topping #52 PR1 ORECA of Matt McMurry. The #18 DragonSpeed ORECA on the other hand, finished the day with zero laps completed.

GTLM was headlined by Risi Competizione this time around, the team’s 488 GTE setting a 1:44.718 to top the class by just over a tenth. Ryan Briscoe putted the #67 Ford second, and Antonio Gacia put the #3 Corvette third.

The Session 1-topping #912 Porsche ended up fourth, making it four marques in the top four, all under three tenths apart. Little can be read into times, though, as always in a test before a big event such as this.

GTD was led by the #33 Riley Motorsports Mercedes once again, Jeroen Bleekemolen the fastest man all day in the GT3-based class. The Dutchman set a 1:46.452, improving on his 1:47.188 from earlier in the day.

The top three was completed by the #51 Spirit of Race Ferrari, which was second in first practice, and the #96 Turner BMW M6 GT3 of Jens Klingmann who reeled off a 1:47.004. 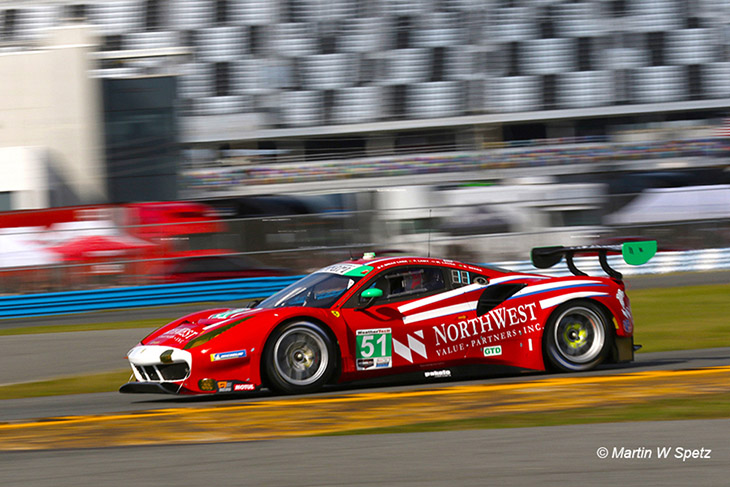 The IMSA WeatherTech action is due to resume at 10am tomorrow morning local time with the third test session.