Kamui Kobayashi, who is making his IMSA debut at the Rolex 24 this year, gave his first impressions to DSC of the Cadillac DPi V.R and the circuit today. 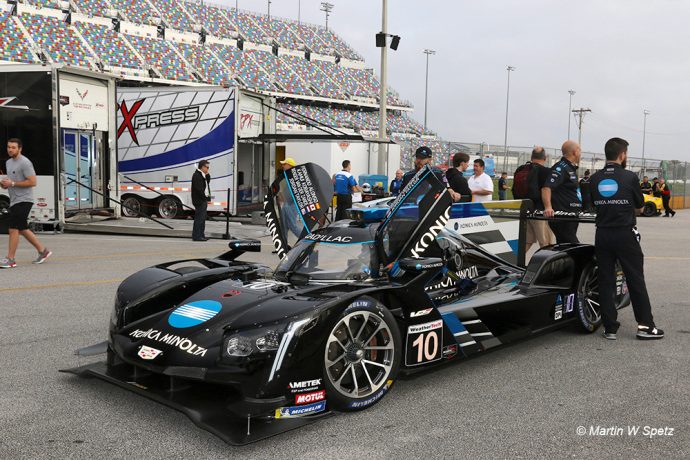 The FIA WEC and Super Formula regular says he’s relishing the chance to race in the Floridian endurance classic for the first time, as it’s a race he’s always wanted to do.

“It’s a pretty good car,” he said. “I haven’t done many laps yet, but I feel like it’s a good package with a good balance. It’s challenge because the United States has a lot of bumpy tracks and its prepared for that. I feel comfortable though.

“I do Super Formula, and I’d say it’s similar to that, it looks like a WEC car, but it drives more like a formula car, as it has more downforce. It’s not hard to adjust for me, because it’s not too far away from what I’m used to driving.

“The circuit itself is amazing, the banking is incredible, this is the first time I’m driving the banking at speed, and when you’re over 250kph it’s just different.”

Porsche GTLM driver Laurens Vanthoor is not in attendance at the Roar Before the 24 this weekend, as he’s been accompanying his wife, who today gave birth to Emily Kaya.

Jacqueline and myself are proud to tell that our baby daughter has arrived. After an 18h race, Emily Kaya Vanthoor has crossed the finish line at 18:14 on January the 4th. She passed scrutineering with a weight of 3.450 grams and a length of 51 cm.

DSC sends its congratulations to the whole family!

An updated entry list for the Roar was released last night, and it includes a few notable driver changes/additions. 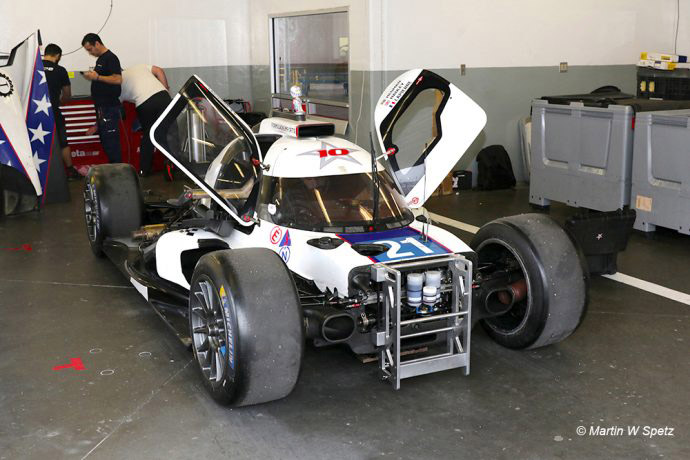 There’s nothing of note in DPi, though in LMP2 Kyle Masson and his father Robert will race with Cameron Cassels and Kris Wright Performance Tech’s ORECA. DragonSpeed’s line-up meanwhile, still has holes, the #18 only listing Roberto Gonzalez – currently the car is still sporting the names of its WEC crew, Pastor Maldonado and Anthony Davidson.

There’s also a TBA in the #81, which has four confirmed drivers, Henrik Hedman, Ben Hanley, James Allen and Miki Weckstrom.

Riley’s driving stable is also complete with the addition of Luca Stolz and Felipe Fraga. Dirk Werner and Matteo Cairoli will race with Tim Pappas in Black Swan’s Porsche.

19 cars are entered in the Prototype Challenge series for this weekend’s running, and race at Daytona. IMSA head Scott Atherton is encouraged by the quantity and quality of the field, following the move to make it a single-class, LMP3-only series for 2019.

“This year the class has a new look, as it’s all LMP3, we’re starting the season with 19 cars, that will continue to grow as we transition from two classes to one. It’s a healthy platform that will get moreso in seasons to come. Don’t be surprised to see numbers in the mid-20s as the season goes on.”

Rossi still getting to grips with the Acura

Heading into the second session this afternoon, former Indy 500 winner Alex Rossi, said he’d had four hours of track time so far in the Penske Acura he’ll make his IMSA debut in later this month.

“It’s great to work with Penske, everyone has been welcoming. We tested a cpuple of weeks ago and I got a bit of time in the car, it was pretty successful but there’s a lot more systems to deal with than an IndyCar.

“It’s a good package all round though, and we’re here to win, the team made a lot of progress last year, and they’re confident, so I’m fortunate to have them to coach me up.”

Zanardi unsure whether Rolex 24 will be his last race

During Alex Zanardi’s press conference today he revealed that he’s not sure whether or not the Rolex 24 will be his last race. The 52-year-old multiple CART champion and Paralympic Gold Medalist, who said he chose actively to race at Daytona over Le Mans this year with BMW, said he’d be lured back to racing if offers came in, but isn’t sure what the future holds. 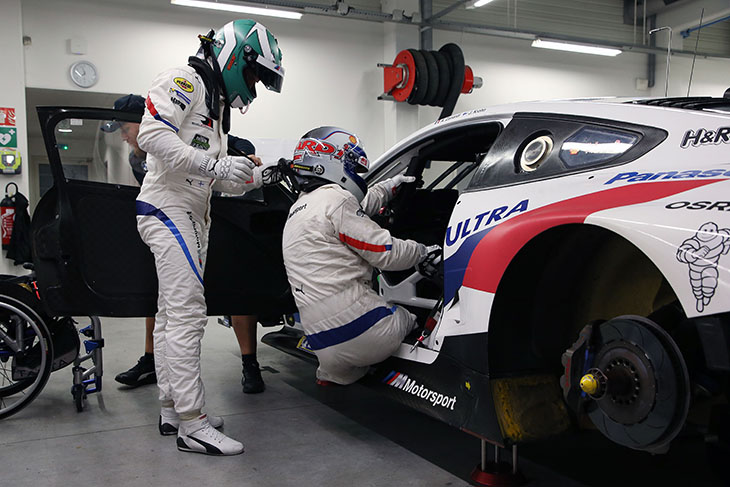 “In reality, this is a one-off thing, but I can’t guarantee you this will be the last race in my career,” said Zanardi, who is driving #24 GTLM BMW with Jesse John, John Edwards and Chaz Mostert. “I’m not sure. But, I think my last race was really at the end of the 2009 WTCC season, prior to the moment when I decided to focus on hand cycling.

“Since then racing has just been like entering a play house, I don’t think I have the mental energy to compete at the level it takes for a full championship, but to prepare and dedicate to myself to do an event like this one is very fascinating for me. I cannot tell you that after this race if everything goes well, it will be over.

“Maybe someone will ask me to do another race, and I would probably say yes, asking a driver if he wants to drive a car is like asking a cat if he likes to catch a mouse. But, too much is too much, and I’ll be 53 this year. This is why I accepted this fantastic offer from BMW.”

More from Zanardi will be on DSC in the coming days.

Alonso yet to decide on sportscar racing future past Le Mans

Fernando Alonso told the media today in Daytona that he hasn’t confirmed his plans to race in sportscar beyond June yet.

The Spaniard, who is back in Florida for a second crack at the Rolex 24, with Wayne Taylor Racing, said though, that medium to long-term a full IMSA season could be something he’d take on.

“I don’t know my programmes right now, I will do after June. Until then I have this race, Sebring with Toyota, Spa, Indy 500 and the 24 Hours of Le Mans. After that I have a few different ideas, and I will let you know.

“It’s definitely a possibility I will race in IMSA in the future, and why not a full season one day, in medium to long term?” 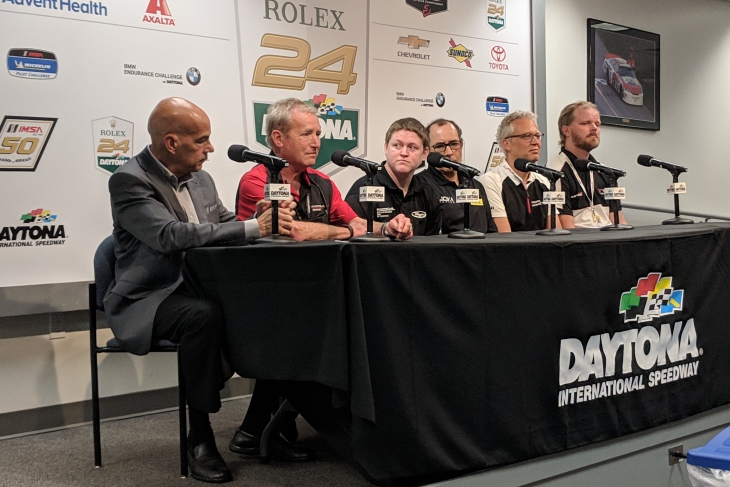