Newly-appointed Lamborghini factory driver Phil Keen was spotted today in the paddock and took the time to talk DSC through the new Huracan GT3’s upgrades.

Keen has been working hard with Lamborghini behind the scenes to ensure that the Huracan GT3 Evo is as prepared as possible for the 2019 season, the Briton part of a recent 30-hour test with the new car at Paul Ricard, during which he says the car ran faultlessly.

“A lot has changed with the car, a lot of things have been updated with the aero, bodywork and a new engine,” he explained. “It’s the same 5.2 litre V10 but it’s out of the Performente road car, so it’s got different internals. The driveshaft, roll centre has changed, there’s new electronics, ABS and software. It looks similar, but it’s a very different car!

“It’s a lot more stable on the brakes, and I’d say a lot easier for amateurs to drive and extract speed from, mainly because the engine has got more torque. It’s a massive step overall, it’s surprising.

“We went out there, did a 30-hour test recently, and we’ve done performance testing too. It hasn’t missed a beat, it’s been very reliable, which is half the battle. It’s all looking very promising, especially as the true potential of the car hasn’t quite been unlocked yet.

Looking ahead to 2019, Keen says he’s hopeful of racing in the Rolex 24, before competing in the Blancpain Sprint Cup, Endurance Cup and British GT Championship with the Italian marque.

Riley confident in AMG up against newer GT3 machinery

Despite much of the GTD teams this year racing with updated GT3 cars, Bill Riley feels that the Mercedes AMG GT3 package is still as strong as ever heading into the 2019 season. 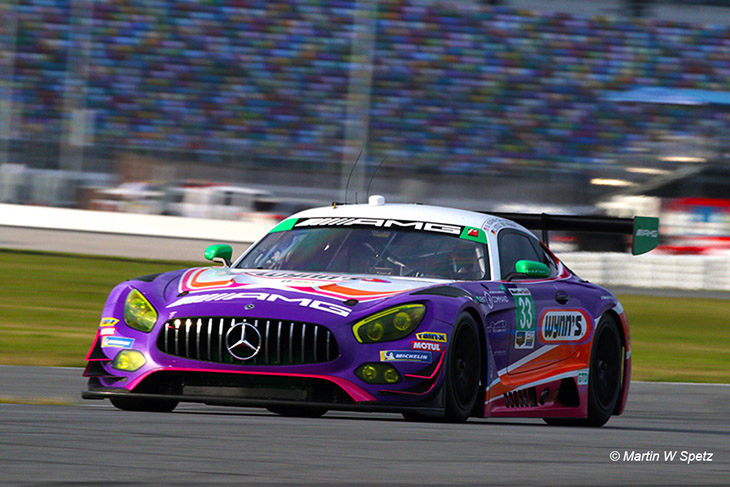 Speaking with DSC earlier today Riley said that the team has had a successful Roar so far, setting fast times and getting its selection of drivers out on track to complete laps ahead of Rolex race week.

“For us, this has been about making sure the Is are dotted and the Ts are crossed, as we have a car we know about. A big part of the test for us is making sure Felipe Fraga is used to the car, and he’s been a star right off the bat. Ben got in for the first time today and did well too.

“We had a shift issue today, but it’s a brand new chassis and everything is looking solid.

“We received this car we’re running in December, and it’s been great. The AMG is such a great all-around car, the best in the field. We look forward to the 24 hours.”

Cairoli gets his first run in the new GT3 Porsche 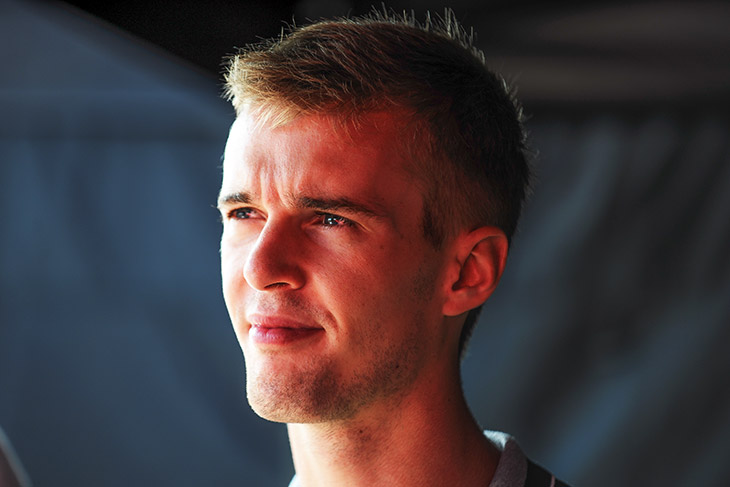 And after speaking to him earlier, it’s safe to say he’s come away impressed with the upgrades.

“The car feels great, it’s unbelievable, so easy to drive, much easier than the old one to handle,” he said to DSC. “We’re improving all the time, and we know that if we carry on in this direction we can be in the fight in the 24 hours.

“Braking efficiency is much stronger here with the new GT3, the old car suffered with understeer, this one is really well balanced and precise to drive.

“The Michelin tyres too are making a big difference too, compared to the Continentals last year, it’s such a different feeling here, which is a track with low grip. It’s a big step.”

DragonSpeed pushing on after slow start to 2019 Roar

DragonSpeed driver Ben Hanley explained to DSC that the team’s #81 ORECA 07 Gibson was delayed getting out on track on Day 1 due to the team having to work on the car’s electrical systems to make it compliant for IMSA competition. 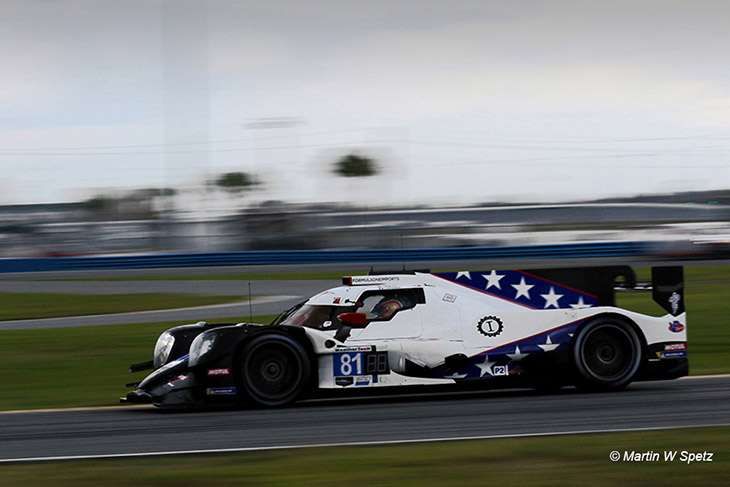 “It’s all going fine now for us. The car has run fine, we’ve got plenty of time before the race starts. We didn’t rush anything yesterday. We had to change the electronics in the cars to comply with IMSA. If you start rushing stuff like that then you have issues and it ends up taking up more time.

“The feel of the Michelins round here is familiar, as we’re used to running it in WEC, which is good. We did some laps yesterday, but then it rained and we didn’t brave it.”

The team’s other ORECA meanwhile, lost a lot of track time after being held up at customs en route to the circuit – a result of the current federal government ‘shutdown’, and only managed its first laps of the circuit during Session 3 this morning.

Richard Westbrook told DSC earlier today that despite the GTLM class looking identical this year, with the same teams and cars in the field, there’s still plenty of work going on behind the scenes to set up the cars for the Michelin tyres that they’ll be using at this year’s Rolex 24. 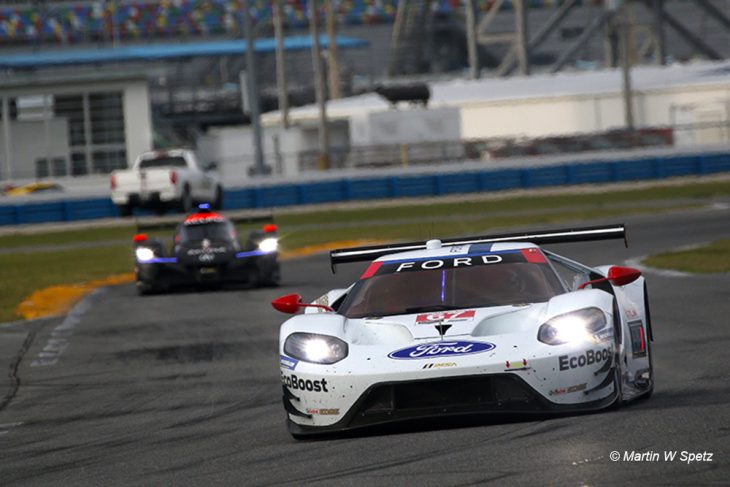 A Michelin spokesperson explained to DSC that the GTLM teams are using their respective WEC tyres that are being used in the ‘Super Season’, with an additional IMSA-specific hard tyre. This is different to last year’s Rolex, which didn’t run midway through a WEC season.

“The new tyres are working really well for us, so we’re focused on that here. It’s a big step up in grip, and so in GTLM it’s all down to which manufacturer can adapt to it the best. Last year we were on a much older tyre so it’s a big difference in durability and performance, the current ones were heavily developed for last year’s Le Mans.”

There’s been talk up and down the paddock about the uptick in performance from the GTD teams since switching to Michelin tyres this year from Continentals, Westbrook though, feels that the GTD cars being closer to GTLMs on lap time isn’t an issue when negotiating traffic.

“There is a difference when lapping GTDs now, and for us, we’ve had power taken away so it’s hard to overtake them on the straights. They’ve got an increase in grip, but so have we, so it’s not really a problem, we just need a little more power I’d say.”

Former Nissan Super GT ace João Paulo de Oliveira, fresh from the announcement that he will not continue racing with the Japanese brand through 2019, was spotted in the IMSA paddock at Daytona today by DSC.

The Brazilian explained to DSC that he’s in Florida looking for potential drives in 2019.

“Getting a drive in IMSA is my focus for 2019. I’ve always wanted to race in the USA, I’ve got a lot of friends here, I love the culture. GT or prototype, I’m open to anything though prototype would probably be better for me as it’s closer to what I’ve raced in Japan.”