Mazda blitzed Prototype Qualifying at the Roar and secured the best pit box and garage allocation for Rolex race week today at Daytona in style.

Oliver Jarvis set a blistering 1:33.398 on his third lap of the circuit in the 15-minute session, which eclipsed the all-time fastest lap of the Daytona infield circuit set by PJ Jones in 1993 (1:33.875) driving a AAR Toyota Eagle Mk III (below, credit DIS). 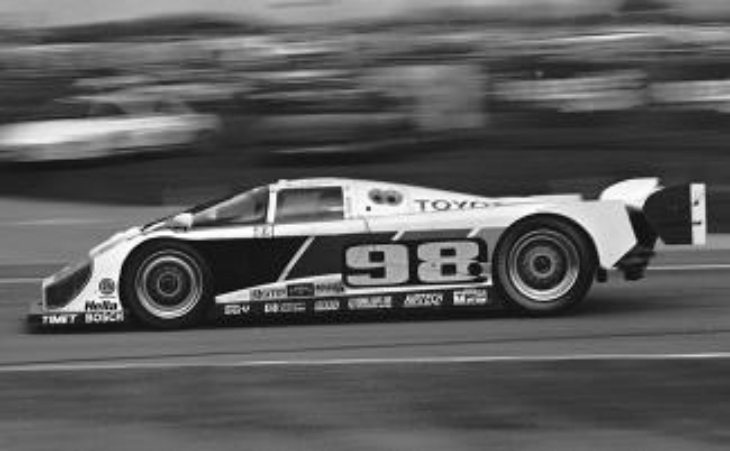 Jarvis’s only real competition in the session was from the sister car driven by Harry Tincknell, which ended up just 0.025 off in second.

“It felt incredible, big thanks to Mazda Team Joest, Multimatic and AER,” Jarvis said. “The tyre is outperforming last year, the car has been an absolute joy to drive. We ran full qualifying spec, we pushed he car to the limit and that’s what we love as drivers, getting everything out of the car.

“This is confidence inspiring, we’ve got a good package, we’ve done tons of work over the winter. We’ve had a really good Roar, when you look back at how tough it was last year, but we know that our competitors will be closer when we come back later this month.”

The best of the rest was just over eight tenths back, Ricky Taylor in the #7 set a 1:34.261 at the end of the session to go third ahead of the #5 Action Express Cadillac of Filipe Albuquerque. The top fove was completed by the second of the Action Express DPis, the #31 of Felipe Nasr.

In the LMP2 ranks, Gabriel Aubry topped the class in the PR1 ORECA with a 1:35.930, leading the two DragonSpeed examples, the #81 leading the #18. Performance Tech ended up at the back of the pack in fourth.

“It’s my first time in Daytona and it’s been amazing, it’s a great atmosphere,” said Aubry. “So far we’ve been quick, the team is doing well and driving us forward.”

In GTLM Qualifying, Corvette took the spoils, the #3 C7.R of Jan Magnussen producing the best time, a stunning 1:42.651, the quickest ever GTLM time round Daytona to give the GM brand the best pit box and garage allocation for race week. 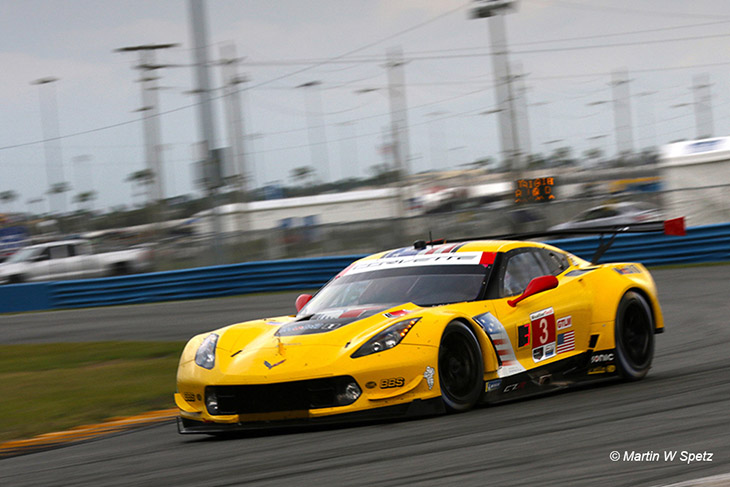 In what was a frantic 15-minute session, Magnussen and Richard Westbrook in the #67 Ford traded fast times at the top, eventually ending up 1-2. Westbrook improved his best time multiple times during the session, before producing a 1:42.779 to go second and parking it early, unable to better the Dane’s best lap.

“We didn’t have a lot of new stuff to try here this year, we have a new tyrew to get around, but I think we did a good job developing a set up of for car to suit it,” Magnussen said.

“Come Qualifying we did what we did last year, agreed who would tow who, and it was me again getting towed by the other car with Oliver in, he did a great job placing himself at Turn 6 so I could tow past him. We did the exact thing last year to get pole last year. It worked well for us.”

Behind, the #66 Ford ended up third, ahead of the two Porsches which joined the session late and slotted in fourth and fifth. It was tight between the two 9011 RSRs, the #912 of Earl Bamber leading the #911 of Nick Tandy, the duo finishing up with late 1:42.919 and 1:43.051 flying laps respecitvely.

The Risi Ferrari ended up sixth fastest, ahead of the two BMWs and the second of the Corvettes.