With the Pilot Challenge teams continuing to soak up the chance to get used to the new Michelin rubber yesterday, the times got quicker than quicker throughout the day on Saturday and Sunday.

The new-for-2019 Porsche Cayman GT4 MR continued to be cream of the field pace wise, though testing times mean little at this point, heading into Sunday when the teams would take to the Speedway for two more sessions to round off the 2018 Roar.

Mazda Team Joest boss John Doonan told the media today at Daytona that he’s not concerned about his pair of Mazda DPis being slowed ahead of Rolex 24 race week, after topping the times throughout the Roar and unofficially breaking the all-time circuit lap record today. 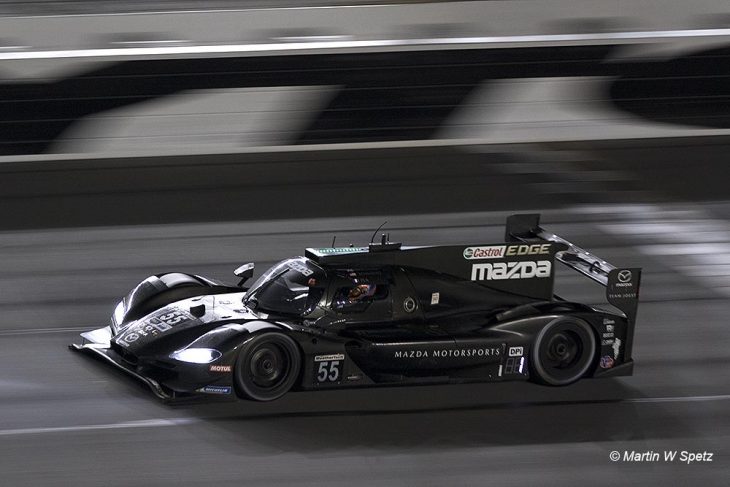 “I commend IMSA for what they’ve done in terms of investing in the tools and analysis to make this a level playing field. I trust the system, and what everyone has done to assure all the manufacturers that come here. This is not about who can spend the most money, it’s a level playing field for all of us to showcase our brands.

“I’m not worried, I’m confident in the system.”

Kurt Busch a guest of Ganassi at the Roar

“It’s been like a decade since I ran a prototype,” Busch said to IMSA.com. “I live just down the road in Wellington, Florida during the offseason. I saw a practice on the schedule, I love seeing cars, tires and burning fuel, so I’m here checking it out with the Ganassi team.”

The paddock in Daytona is far quieter today, with the GTD teams all packed up and gone. This year GTD teams were only eligible to turn laps at Daytona on Friday and Saturday. This left just the DPi, LMP2 and GTLM teams to run in the final two sessions on Sunday, as well as the Qualifying session which decides who gets the best pit boxes and garages for race week. 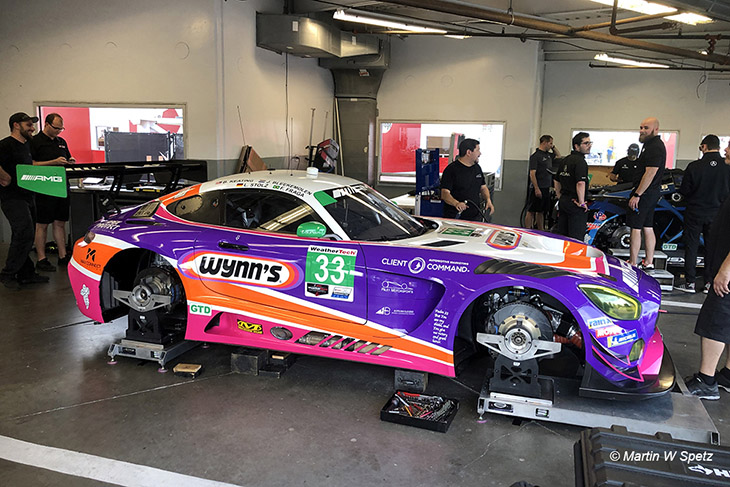 LA Honda World Racing’s two Civic TCRs were thrown out of the Roar yesterday after they were found to be below the published minimum weight.

IMSA officials found that the #37 and #73 Honda Civic TCRs violated IMPC SSR Attachment 2.7, which states in part: “Any Competitor, Constructor or Manufacturer who deliberately gives false information, attempts to influence the BoP process, manipulates the performance, or displays a level of performance above or below the expected result in any session may be penalized.”

This came after Tom O’Gorman and Mike LaMarra led all three practices until that point in the #37 car. 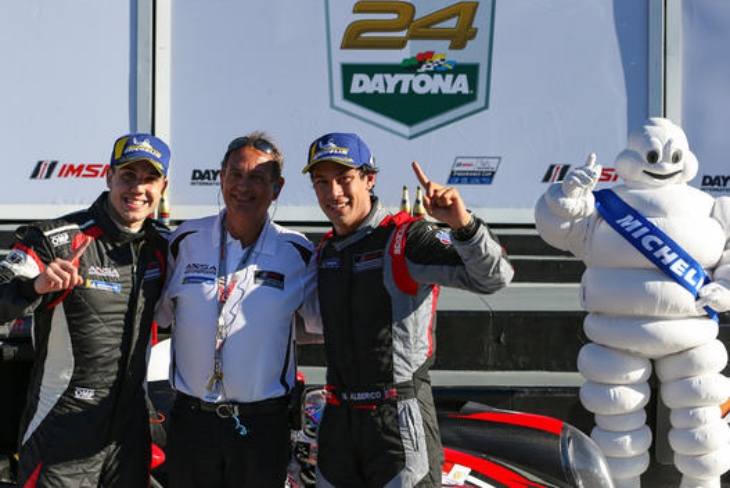 The team’s #4 Ligier had a roller coaster-type race, in the three-hour contest en route to victory.

At the start Brazilian Leo Lamelas had to navigate his Ligier JS P3 through a majority of the 19-car field after missing qualifying a day earlier due to an engine change and starting 16th. The car climbed the order before Lamelas’ co-driver Neil Alberico, making his first career IMSA start, held off that same field of drivers from the lead on a restart with 34 minutes remaining to score the season-opening victory.

It was the second consecutive Daytona win for ANSA Motorsports, with the team using great pit strategy and consistent driving from both Lamelas and Alberico to beat the #47 Forty7 Motorsports Norma M30 duo of Austin McCusker and Rodrigo Pflucker by 13.987 seconds

“It was my first race ever here in Daytona,” said Alberico, who previously raced in the open-wheel ladder system. “The IMSA series is awesome. It’s my first experience here and to be on the podium – let alone a win – is awesome with these ANSA Motorsports guys. Congrats to Leo, and hopefully there’s more to come.”

It was a strong point day for the runner-up Forty7 Motorsports team, who also had to start from the back after missing qualifying. The team and McCusker finished second in the LMP3 standings last season with two wins and two runner-up finishes in six starts. Pflucker was making his first start with the #47 team after driving the team’s #74 entry last season.

“I was a little bit worried going into the race that points are so tight in this series that one bad finish can hurt you for the whole season,” said McCusker. “We’re in the championship hunt and that’s what we’re pushing for. Hopefully, we can continue this at Sebring.”

McCusker was running second on the final restart with 34 minutes left but had multiple lapped cars between himself and Alberico. He made a bold move into Turn 1 on the restart to get around the lapped cars but ran wide and Alberico was able to pull away for the win.

The trio of Bruce Hamilton, Tonis Kasemets and Scott Maxwell rounded out the podium in the #60 Ligier JS P3 for Wulver Racing. Kasemets set the fastest lap of the race, lapping the 3.56-mile course in 1 minute, 44.021 seconds.

The IMSA Prototype Challenge returns to the track at Sebring International Raceway as part of the March 13-16 WEC-IMA double-header weekend.

In addition to the announcement of the broadcast teams from IMSA Radio and NBC Sports that will work on the WeatherTech races, plans for coverage of the IMSA support series’ have also been revealed.

As part of the IMSA’s new agreement with the NBC Sports Group, 28 races from the IMSA Michelin Pilot Challenge, IMSA Prototype Challenge, Porsche GT3 Cup Challenge and the Lamborghini Super Trofeo North America will be shown on NBCSN throughout the season.

The IMSA Michelin Pilot Challenge broadcasts will be two hours in length while the other three will be one-hour shows. One of the highlights of the schedule will be the broadcasts will be shown closer to the date of the race making it better for fans to relive all the action from these races.