IMSA LMP2 team Performance Tech is actively looking at a European Le Mans Series programme in 2019, due to the low uptake in LMP2 numbers for this year’s IMSA season past Daytona.

DSC spoke to team owner Brent O’Neill at Daytona, who voiced his concerns over the future of the class. With DPi now split from P2 in IMSA, just four cars are set to run at the Rolex 24, two of them from ELMS and WEC regular DragonSpeed, which isn’t expected to compete in the remaining rounds of the championship.

“We’re still in the early stages of planning it (an ELMS programme),” he said. “Our biggest concern is what we do if something happens to IMSA P2, I know IMSA is working hard to try and get three cars in the championship, but it’s hard to sustain it. The business model doesn’t work, you can’t really run a championship with two cars.

“It’s great, you come to Daytona, you might get a watch but that’s not what we want, we want to race. I give IMSA credit for trying to help us out by moving the calendar to eight races, it helps us sell the programme, but at the end of the day, there are only two cars. That might be a shock to IMSA, but it shouldn’t have been a shock that John Bennett (CORE) wanted to do DPi, there’s no secret there.

“When the opportunity presented itself they went for it, and JDC was the same, as their partners wanted to race in the top class. It’s a double-edged sword, it doesn’t look good with two cars.

Budget is also a key part of the decision. Even with the logistical challenges of racing in the ELMS with a team based in the USA, O’Neill pointed out that it’s still significantly cheaper to run a programme in Europe than it is to take part in the reduced eight-race IMSA schedule for LMP2 teams this year.

“If we feel after Sebring that this is going to be a two-car championship, (we’ll make a move to ELMS) and really if you look at it, it’ll be a joke, we won’t be on TV, we won’t be on a press release,” he continued.

“The budget for ELMS without Le Mans is 1.3 million – 1.4 million ($US), if you do testing, 1.5 million. Eight races here it’s almost two million dollars. That includes moving everything back and fourth from the USA to Europe, and it’s only six races instead of eight. There’s a big difference in the amount of hours you put on the car, but the competition is there, it’s a huge LMP2 grid.

“The entry fee for ELMS is what the entry fee is for Daytona. It’s difficult because I’ve been in this paddock a long time, but we bought in last year to LMP2. Look how many there were last year, it was awesome. And if you look at what’s happened, it’s almost all DPi.

“I have an investment in an ORECA 07 that over in the USA I can’t sell, I can’t sell the programme. If I didn’t have loyal guys from my other programmes I wouldn’t have any drivers. 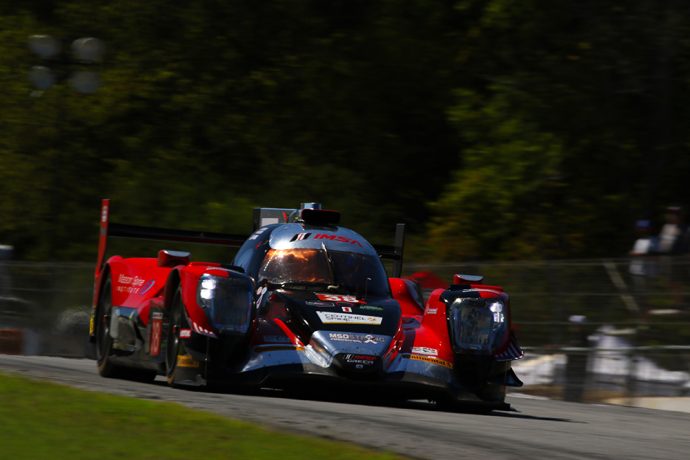 “I’m afraid that the damage is done. My grandfather told me once that once the snake is out of the bag, and it’s gone, it’s hard to grab it and get it back in the bag. It’s so bad, that teams are looking at other places to go.”

IMSA will therefore be hoping that the potential new takers for the class will show their hand sooner rather than later.