With the Asian Le Mans Series field now all set up in Thailand and ready for the third round of the season, the title races are now on.

Matt Bell, who has been driving with United Autosports since it started racing in 2010, is in the battle for the LMP3 championship in what is his second Asian Le Mans Series campaign. He shares the #3 Ligier JS P3 with Kai Van Berlo and Jim McGuire.

Thus far, it’s been a very successful season, Van Berlo and Bell sitting second in the LMP3 standings after a win last time out in Fuji (without McGuire, who had to sit the round out due to work commitments). They’re just 11 points off the Inter Europol duo of Martin Hippe and Jakub Smiechowski who won the opening round in China. 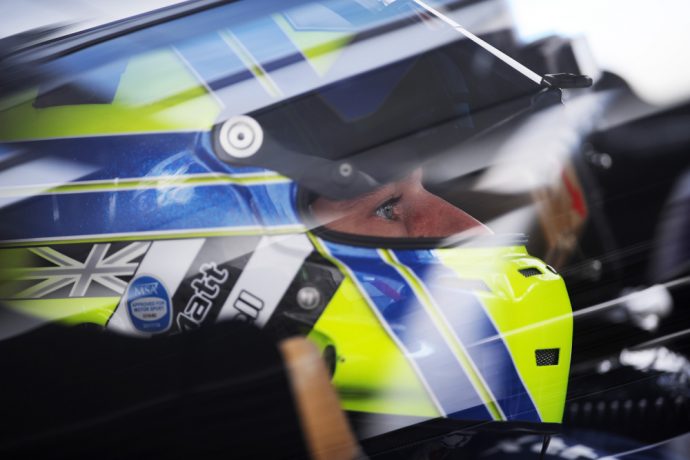 The last time he raced in Asian Le Mans was back in the 16/17 season, and in just two years, he says the series has stepped up, grown and become a more attractive option for drivers looking to stay sharp over the winter.

“I did Asian Le Mans in 16/17 in a Lamborghini, and that year was the year that there was all the BoP fuss in GT3, and Lamborghini pulled out of Sepang in protest,” he told DSC.

“Everyone’s after Le Mans entries, it’s a carrot they can dangle, and everyone wants to carry on racing. Racing over the winter is great, and in Asia, I’m partnered with my Le Mans Cup partner Jim (McGuire). For him, it’s great too as he doesn’t have a huge winter break and have to come back at the start of next season and almost re-learn everything.

“We felt it was important to do this, and keep it going over the winter.”

Bell knows McGuire well from their extended time together sharing a car, but he’s still relatively new to racing with Van Berlo. However, before the season started, he was able to get some experience racing with the up-and-coming 18-year-old Dutchman over in the USA and prepare for the winter campaign.

“We did a Sebring encore race together in a field of Silver line-ups, that went really well, so going into the season we had experienced together,” he said. “So in Asian Le Mans, as a trio we’ve got a good average and ultimate pace.”

This year in Asian Le Mans, there’s been an influx of European teams, partly because racing in the series is a valid proposition over the winter, but also because getting Le Mans entries has never been tougher. That, Bell says, has made for a huge challenge.

“It’s the strongest LMP3 field in terms of driver depth that there’s ever been in Asia. European Le Mans Series basically left Portimao and went straight to Asia. The level is therefore as high as it is in Europe. It’ll be a good fight until the end of the season.

“The last year I did it, it was a different looking series, there were 15 GT3s, but that side of things has been swallowed up by Blancpain, which is obviously great for SRO, they do a great job, but it’s come at the expense of this. P3 and P2 have bolstered massively here though, so it’s swings and roundabouts and there’s still lots of positives in the Asian Le Mans Series.

“It would be nice to see some more GT cars out there in the future though, to make it more of a multi-class race.

“Outside of the cars, the series continues to improve, behind the scenes, the organisers are great and it’s great to have a guy like Eduardo that we’re all used to running the races.”

Bell puts a great deal of importance in having WEC and ELMS race director Eduardo Freitas work in the Asian Le Mans Series, to make it cohesive with other ACO series. 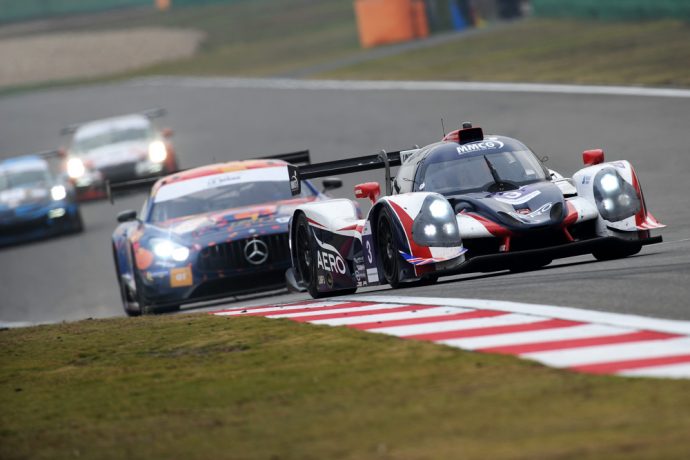 “It’s massive for this championship, having Eduardo,” he explained. “He’s the man in ELMS and WEC for a reason and he’s the best director I’ve ever come across. He understands racing the best and at the same time wants to police it properly, he’s consistent. So to have that consistency from Europe here is great. It makes a big difference to the credibility of the series.

“Everyone knows to come in how it’ll be policed, and that’s what you want, it makes the racing better.”

Looking forward, beyond Asia, Bell says he’d still love to continue racing in LMP3, but like to go back to racing in GT cars at some point.

“LMP3s are great cars to drive, and they’re great at doing what they’ve set out to achieve. But I do miss my GT racing because you get fantastic championships with P3, but what it misses is because it’s entry level is the big endurance races. That’s what P2 and GT have, like Le Mans, the Spa 24, the big three in IMSA, they’re all races you can’t do in P3.

“It’s not a complaint though, they shouldn’t really be in those races, and I enjoy racing in the formula because you’re racing at a cost-effective level and against a good mix of experienced and young drivers. It should stay this way, they should focus on what makes this popular to stop it from regressing.”

LMP3s are great cars to drive, and they’re great at doing what they’ve set out to achieve. But I do miss my GT racing

Bell feels LMP3 is ready for a refresh in the regulations, but not a complete overhaul, to prevent it from becoming too expensive.

“I think there’s obviously space for a new set of regs, with small modifications to re-balance the class, because the Norma came in later. But it should be an evolution, not revolution. There is also room to up the pace, the gap to P2 is massive, but to GTs is small, I think a little more power would be good, and wouldn’t be too costly.

“But really to keep it successful there should be minor tweaks. They’ve hit the nail on the head, they should sustain it. They have to be careful to stop it going down the route of GT3, because when I look back, at the cars I was racing in GT3 back when it was in its early days, there’s no way they should be like 150,000 euros more expensive now, just because the pro teams want to go faster. The Audi R8 cost around a 200,000 euros and now there’s a Ferrari for double that.

“The warning signs are there, they don’t want it to get any more expensive. Those in charge of P3 should look at history and stop it getting too expensive. 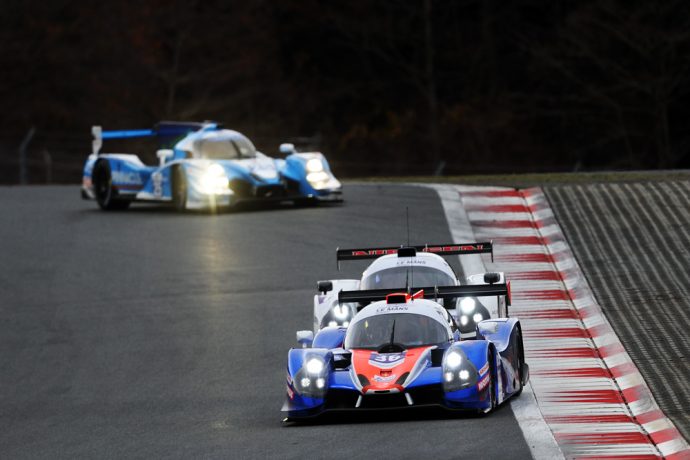 “It was a mistake for Ligier to not be able to upgrade the JS P3 when the Norma came out. That’s part of the reason why we are where we are now, with lots of people questioning whether we need to make changes to the formula.

“But do I think there’s a massive advantage there for Norma teams? I think it’s circuit dependent. The Norma seems to have great one-lap pace, it seems to be faster in Le Mans Cup than ELMS and I think that’s because we haven’t seen a stellar line-up in the ELMS drive one yet.

“On ultimate pace, there’s an advantage, but I don’t think it’s big. It’s not hard to sell an Am on driving a JS P3, because the Norma is on pole more but it’s also in the wall more.”

The 2018/19 Asian Le Mans Series season continues this weekend with the penultimate round of the season, the 4 Hours of Buriram in Thailand.