The second Free Practice session for the 4 Hours of Buriram saw a couple of interruptions, the first, after around 15 minutes of the session had elapsed saw the red flags out after Nick Adcock impacted the barrier at T7 in the #7 Ecurie Ecosse/ Nielsen Ligier, very possibly after suffering a puncture.

Adcock was irritated but otherwise unhurt, the session delayed for almost an hour for the required barrier repairs. 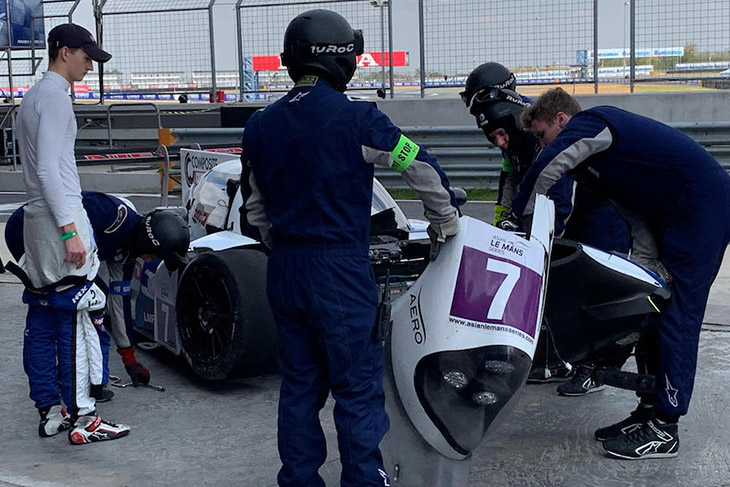 The Ligier suffered damage to two corners and would miss the remainder of the session.

There was a further rather more brief delay later in the session with 15 minutes remaining, this after the session had been extended by 45 minutes, after Ivor Dunbar (or rather the #5 TF Sport/ Red River Sport Aston Martin he was driving) needed recovery from the T1 gravel, a short Full Course Yellow the remedy.

At the end of the session it was an Algarve Pro 1/2, Anders Fjordbach topping the times in the team’s Am class entered #25 Ligier, four hundredths clear of the sister #24 car of Andrea Pizzitola. 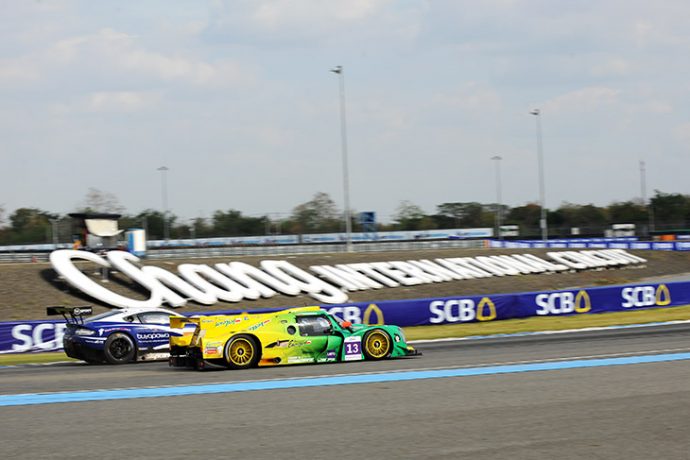 Jim McGuire had a video game moment at the checkered flag and almost crossed the line backwards, spinning the #3 United car out fo the final turn. 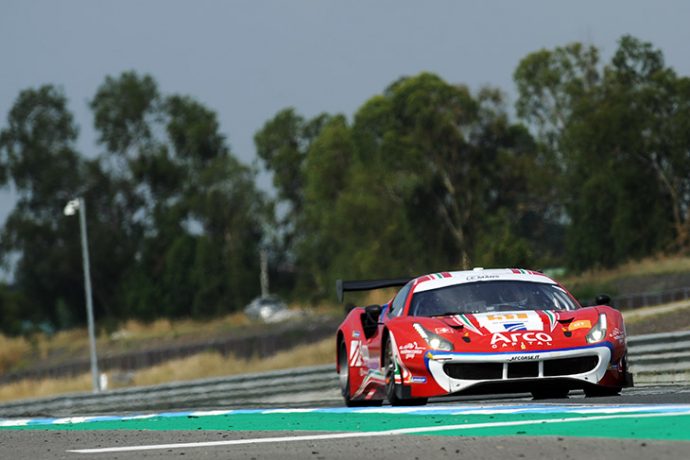