Teo Martin Motorsport have confirmed their switch for 2019 from BMW to the new McLaren 720S GT3 for an as yet unannounced European GT racing programme, the first European team to do so.

The Spanish team has signed a multi-car deal for the car, the first race car to be designed and built in-house by McLaren Automotive Customer Racing.

Teo Martín Motorsport will also use the McLaren 570S GT4 as an initial step for drivers into the world of GT racing with a new GT4 programme.

The relationship between the two brands will also in future extend beyond track competition, with the announcement of a new collaboration that will see McLaren Customer Racing and Teo Martín Motorsport work towards a jointly held ambition of finding and supporting future talent within motorsport.

As part of the initiative, McLaren Automotive has established a technical internship programme which will see the best engineers and technicians from Teo Martín Motorsport offered an opportunity to further build their knowledge and experience at the McLaren Customer Racing headquarters in Woking, England.

Members of the Teo Martin Junior Team will also be vying for a place at the McLaren Automotive Driver Development Programme assessment centre, ahead of the 2020 season.

In parallel to this collaboration, members of the newly-established McLaren junior performance academy and the recently-confirmed McLaren 2019 Driver Development Programme drivers will, alongside McLaren Automotive Factory Drivers, use the services and facilities offered by the MSI (Motor & Sport Institute) Bio-Performance Center in Madrid, Spain. 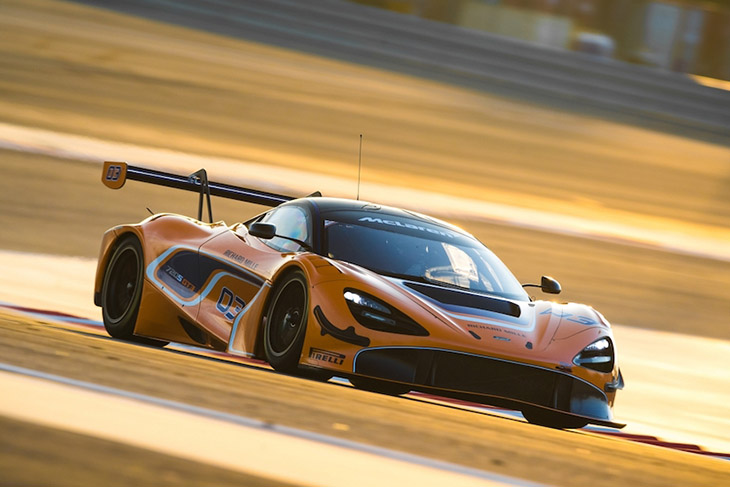 Dan Walmsley, Motorsport Director, McLaren Automotive: “Confirmation of Teo Martín Motorsport as the first 720S GT3 customer team in Europe marks a significant moment for McLaren Customer Racing. It is great to be working with, racing with and collaborating closely with a team that has a proven track record of winning at the highest level and our goal is to help them return to the top steps of podiums with the 720S GT3 and 570S GT4. More than this, with a focus on supporting and nurturing the future talents of our sport, both on the track and on the pitwall, Teo Martín Motorsport shares the same goals and objectives as McLaren Automotive Customer Racing and we are proud to be working closely together on this exciting project.”

Teo Martín Motorsport previously secured the International GT Open drivers’ title with the McLaren brand in 2015, claiming six pole positions and four race wins in a 650S GT3 car during the season on the way to championship honours.

“I’m very happy to work with McLaren again, and after seeing the great performance of the 720S GT3 in its first race at the Gulf 12 Hours, we are very excited for the 2019 season. In addition to this, we will also run the 570S GT4 for our Junior Team drivers; a car that, in just two years, has become the car to beat.”

Teo Martín, Team Owner, Teo Martín Motorsport: The McLaren 720S GT3 recently made a compelling competitive debut in the Gulf 12 Hour race in Abu Dhabi in December. Completing its most demanding test to date, the new GT3 challenger secured a front row grid slot before eventually finishing fifth in class and eighth overall, having led for much of the race.

Details of the drivers and series being contested will be confirmed by the team in the coming weeks.