With international sportscar racing in the midst of the ever-busier winter period, who needs an off-season, the majority of significant news from the Autosport show came from the UK’s endurance and GT racing ranks.

In recent times, Britcar’s race format has seen shared grids between its Sprint and Endurance categories. The first 50-minute race would be contested by all competitors, and then, in the second two-hour race, the cars entered into the sprint category would withdraw after the 50-minute mark.

With the sprint class often providing the bulk of entries, this would sometimes result in quite a barren track in the second half of the longer race.

With demand clearly falling in favour of shorter races, Claire Hedley and the team have opted to change the format of the series for 2019, eliminating the sprint sub-classes in the process. As with 2018, a majority of the championship’s rounds will be held over a single day, with each event now featuring a pair of one-hour races.

The only exception to the new format is the traditional Brands Hatch ‘Into the Night’ event, which will feature a one-hour race on the Saturday, and a two-hour race the following evening.

With Creventic opting to discontinue the TCE series’ Silverstone 24H event for 2019, the question of the Britcar 24 Hour resurrecting once more has crossed some minds, however this is unlikely to happen any time soon due to the overall demand for shorter races.

Hedley said: “I don’t know about the 24, but we’d definitely like to go longer. The Britcar concept is endurance, just like [series founder] James Tucker would have ran. We don’t want to lose that, and I’d like to bring back two, three or four-hour races. But, if the market’s not there; I need to run a business as well.

“In the future, a six-hour and maybe a trip abroad could be on the cards.”

Hedley also stated that she had spoken to Bute Motorsport’s Chris Haynes about the potential of running a one-off, long distance race using their combined databases, with Zandvoort and Portimao touted as potential venues; certainly, that would be an extremely interesting development for the non-SRO national GT scene in the UK.

The Autosport trade days proved to be a success for Britcar, with Hedley confirming that some 21 entries had been lodged by end-of-play on Friday, the ING Sport BMW Z4 GT3 prominently featured on the stand (Above) should be a part of the series after returning late in 2018.

After two trying seasons, the LMP3 Cup will not be a part of Bute Motorsport’s plans in 2019, with the firm citing a need to focus on GT Cup, which experienced a slight downturn last season.

Chris Thorn, the Commercial Manager for Bute, said: “With stuff like the Asian Le Mans Series’ growth, it means that there’s less interested parties for our series.”

LMP3’s regulations will change in 2020, and though the current cars will be evolved – unlike the LMP2 cars that were effectively decommissioned outside of AsLMS after 2016, the model of using older cars is one being looked into by Bute Motorsport.

“We were talking about that the other day”, said Thorn. “I think it’s something we’d look to do if we do continue with it, because there are going to be a lot of previous-gen models about that people won’t be able to do much with, many of which will be sat in the UK.”

One of the highlights of Bute Motorsport’s GT Cup Championship throughout its history has been the split between conventional GT3 machinery and more unique specials in the top class, known as GTO in recent seasons. 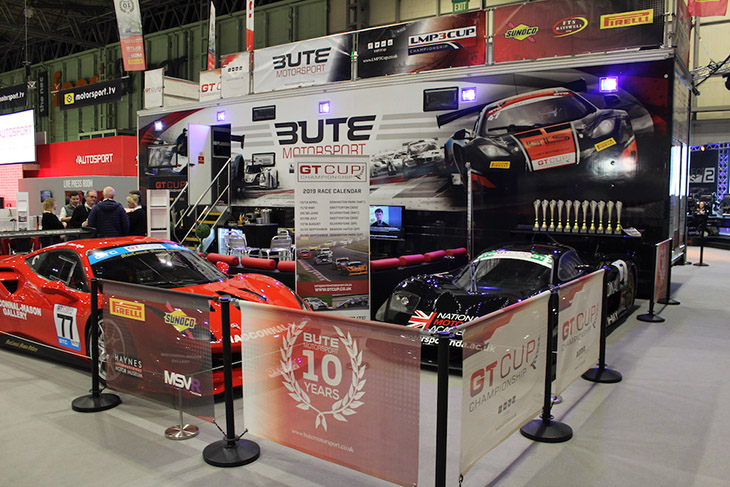 Thankfully this is unlikely to change any time soon, with championship stalwarts Kevin Riley and Richard Chamberlain both returning with one-of-one cars to battle the factory output.

Kevin Riley will be back in a Lotus Evora for 2019 after a season that saw the veteran racer’s Mosler MT900R pressed into service once more, largely because he and his National Motorsport Academy outfit has deemed the Evora GTE it raced in previous seasons to be too valuable. However, outings in the Masters Endurance Legends series have not been ruled out for the ex-Jetalliance Le Mans car. 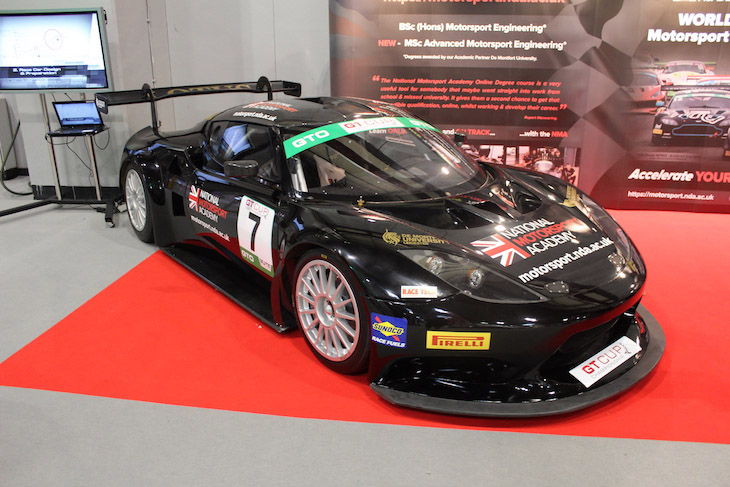 For 2019, a fascinating new Evora has been built from an unused chassis intended for Lotus’ GTE project before it was axed. Last year, talk at the NMA stand suggested that this chassis would be used as the basis of a nationally-homologated GT3 car with big ambitions, though the idea of applying for those papers has been scrapped. 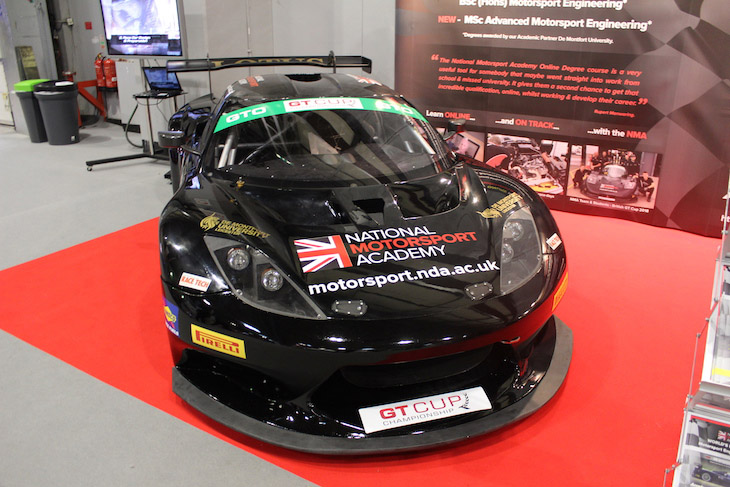 Instead, this new Evora will simply be a national-level GT racer. It is powered by a 500+bhp variant of the 3.5-litre Toyota V6 found in several current road-going Exige and Evora variants, rather than the Cosworth-developed 4.0-litre found in the GTE car.

The car is a wider, more aggressive take on the Evora, that perhaps provides a little insight into how the factory-built GTE cars would have looked had they endured into the current era of the category.

Meanwhile, Richard Chamberlain will be back with his self-built Porsche 935 replica, which was last seen alight at Silverstone in 2017. “Most people would have thrown it away after the fire”, Chamberlain said, “but this car is just too special”.

A further aerodynamic evolution is planned for the car that was last seen in long-tail configuration, and it has now been reconfigured to be mid-engined, echoing the factory Porsche racers of today.

In general, the GT Cup grid is looking set to grow again in 2019. According to Thorn, the grid is close to the ‘magic number’ of 25, and this has been aided by confirmation of entries from the likes of Tom and James Webb, who have upgraded to a Lamborghini Super Trofeo, and a new Aston Martin Vantage GT4 from Piers Johnson and David Holloway.

Beyond that, Thorn said that many loyal GT Cup competitors will be back with new cars, some of which will be in the GTO class, which will only help the series return to full strength.

With over 30 cars ordered to date, Ligier’s JS2.R one-make racer is proving to be a successful product for the French brand so far. 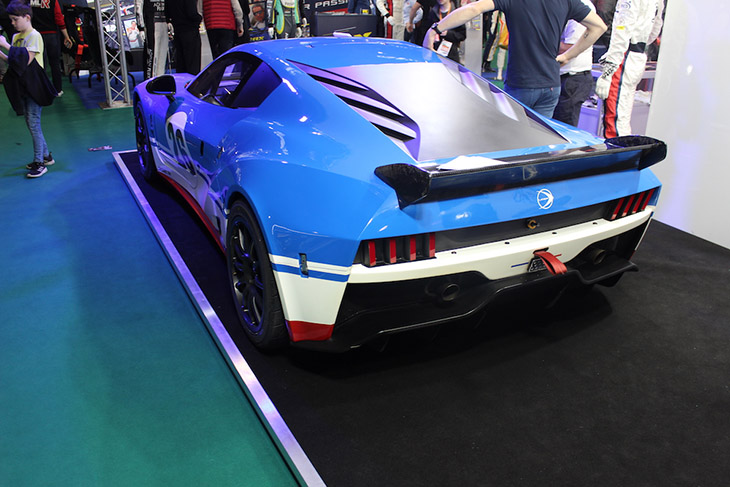 One of those cars has come to the UK, a Ligier representative at the show confirmed. This example may soon be joined by many others, as a UK version of the Ligier JS Cup set to debut in France this year could be on the way in 2020.

Multiple Ligier team members mentioned this as a possibility – this, along with Ferrari’s new Challenge series for the UK (to be run from a new Silverstone base by AF Corse) and the existing offerings from Ginetta and Porsche, mean that there will be no shortage of choice for one-make GT racers in the coming years.