Immediate apologies for the delayed posting of a number of themed mini-interviews with Stephane Ratel, the SRO founder was generous with his time at the FIA GT Nations Cup – but a subsequent technical glitch for the DSC Ed’s back-up meant that it has taken this long to regain access to a number of recorded files!

First up and the forthcoming GT2 class has been the subject of much debate amongst the GT racing fanbase – The reasoning behind it, its role in the modern global racing picture, the prospects for its initial rollout and which cars we might see first – and thereafter?

So Stephane, is GT2 an insurance policy for the future?

“In part, in case things go wrong, but I don’t think they will – GT3 is very strong and several manufacturers have responded well with the cost of their upgrades, and their running costs.

“GT2 was conceived as an Am category only, a Sprint category only. In some of our Series the GT3 Am classes are weak or non-existent. We don’t have an Am class for instance in Blancpain Sprint which, I think is a shame.

We want to grow Sports Club too, I think that’s a great concept, single driver, mostly 40-60 years old – I think GT2 is a perfect category for that.

So why Amateur drivers only?

“Many amateur drivers cannot make full use of the downforce (of a GT3) but that really enjoy big power, so let’s have a very powerful car with less downforce!”

We’ve heard from Porsche that there’s a GT2 version of their new 911 GT2 RS Clubsport on the way but what else is in the pipeline? 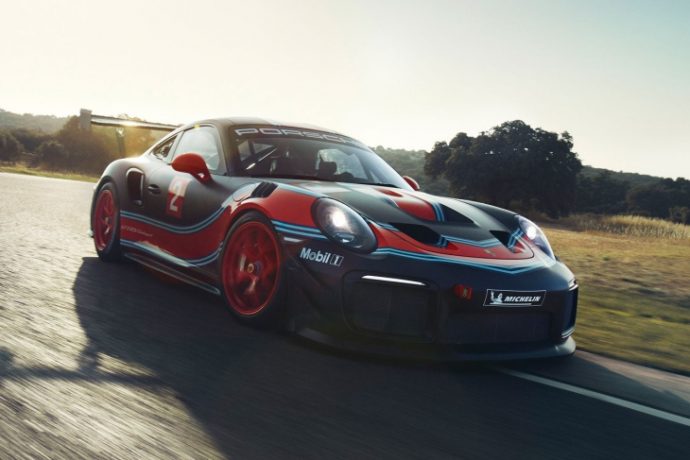 “Already confirmed, approved by the board of the company concerned, to date, there are three cars coming, and three others working on it at an advanced stage.  “I think we will see three different GT2 cars running in 2019, and I hope by 2020 there will be six.”

And what’s the current plan for where and when we will see them racing?

“In 2019 it will be Blancpain GT Sports Club, the original plan to add it to British GT will be now a little later but for a good reason, the 2019 Championship will again be full!

“In America there are clients wanting to enter a GT2, maybe by the end of the year in America we will open it up, we will see – if it is one car then no, but if there is demand for four or five cars it is a possibility.”