Ahead of the Rolex 24 at Daytona, Nick Tandy spoke about the quality of IMSA’s GTLM class, putting it on a par with Porsche’s one-make series and above its global counterpart, GTE.

“And now, in GTLM especially, the racing has become just like that. Maybe not so much in GTE-PRO where the races are more spread out. But in GTLM – the way IMSA has done the Balance of Performance – the cars are so equal everywhere you go. And with the way the racing is set-up, with the full course yellows and things like that, the racing is always super intense. 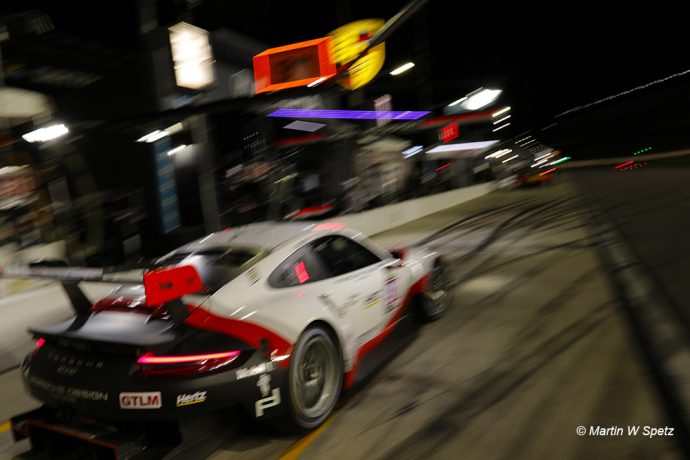 “I believe it is the best championship out there for close racing between manufacturer entries. You’ve got a full roster of manufacturer-backed teams, the best drivers available in the world, and we get to go at it flat-out, especially in the sprint races.

“It’s definitely the best endurance racing series I’ve competed in for action, and driver enjoyment thanks to the fighting we can do.”

Speaking about the work done at the Roar, Tandy believes that the new tyre compound coming into GTLM this year will play a critical role in the battle at Daytona and beyond.

He said: “Obviously all the cars are the same this year – and we’re all still on Michelin rubber – but we’re now on a different spec of tyre; basically, it’s the technology and philosophy from WEC.

“That’s the big change for us going into this season. The WEC uses tyre heaters and we don’t in IMSA, so getting knowledge of how each compound of tyre works based on tracks, temperatures and so on has been the big work off-season, and also at the Roar.

“The cars and the competitive order between them hasn’t changed, but the tyre has. So, if we’ve done a good job in getting our car suited to the new tyre, then we can steal a march from everyone early in the season.”

Tandy also commented that the only thing IMSA is missing is an event at a venue such as Bristol Motor Speedway – given his vast short-oval experience, you’d have to assume there’s a little ulterior motive to that idea!

At the Roar before the 24, Tandy and Porsche were alongside BMW in the garages, giving the 2014 GTLM Rolex winner a first-hand view of Alex Zanardi’s driver change drills. 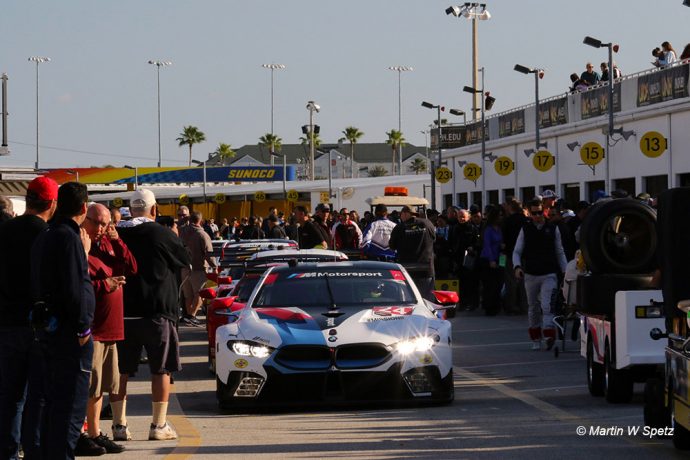 “We were the next garage along from BMW at the Roar. I saw him in action, if you like. It was incredible how he launches himself into the car. The bloke’s a legend. He was one of the best drivers in the world, and to do what he’s done since his accident is just incredible. I was following his times out on track – as you do for all the drivers – and I think he’s only done a day or two in that car, but he’s right up there.

“Obviously, he’s a very experienced pro driver, and if he’s got all the equipment in the car to operate it just as anybody else does, then there’s no reason he shouldn’t be quick. It’s an amazing thing for him to do.

“I hope they don’t beat us, but it would be a great story, wouldn’t it?”