A belated look (above) at the entire Rolex 24 Hours field, which assembled yesterday for the traditional group shot.

Fabian Schiller, here in Daytona as part of the P1 Motorsports GTD class AMG effort is set to contest all four NAEC races with the squad but has a rather more extensive AMG commitment closer to (his) home.

After a successful season in the GetSpeed Porsche Cup car in VLN in 2018 the young German is set to contest the full VLN season in the top SP9 class as part of a two car effort, Getspeed having moved to Mercedes AMG for 2019.

The team is also scheduling the Nurburgring 24 Hours Qualification Race and the 24 Hours proper of course, with both of their new AMGs.

Also in the mix is a part season in GT Open with at least one car, Schiller likely to feature there too.

The depth of involvement with Multimatic for the Mazda team Joest effort is evidenced by much of the familiar crew from the UK-based Ford GT WEC effort being on parade, Multimatic crewing the #55 effort with George Howard Chappell and his merry band to the fore. 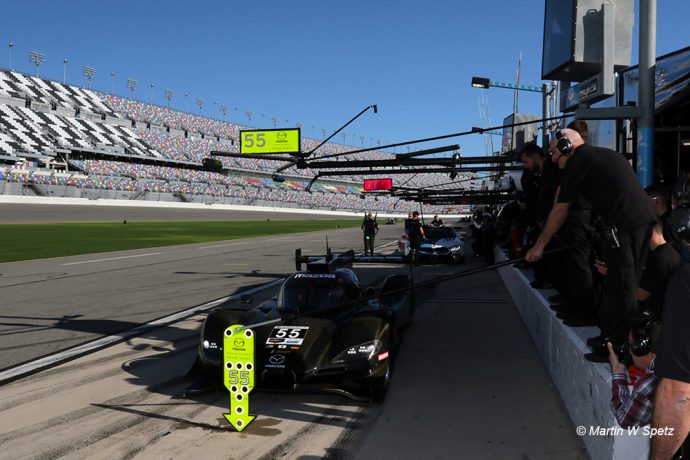 The UK-based Multimatic crew also handled much of the off-season testing with the revised R24-P and will have some involvement too at Sebring, the team doing double duty as well as two of their drivers, Harry Tincknell and Olivier Pla.

Pierre Nicolet was paying close attention to progress in the CORE Autosports garage as the team prepped their Ligier Nissan DPi, plus a pair of spare turbo Nissan motors. 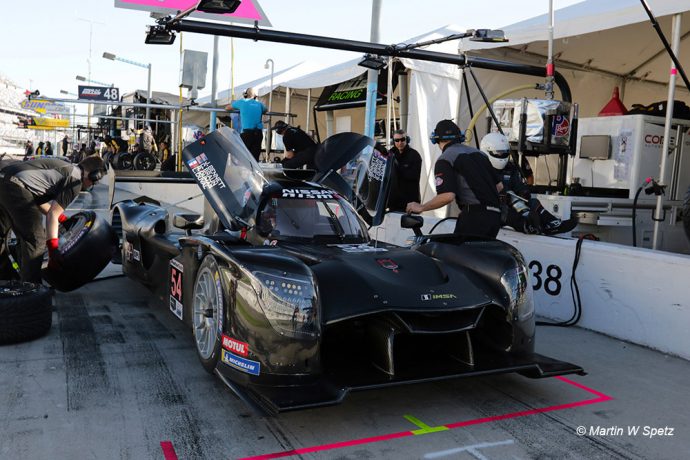 “Core bought everything, the whole programme, and while they have no current plans to enter the second car the reality is that one is still available and I hope we can see it back in action.”

Zanardi looking to compete in Tokyo

BMW Team RLL Alex Zanardi spoke to the media today and revealed that he is planning to compete in the next Paralympic games in Tokyo in 2020, hoping to add to his incredible list of achievements in hand cycling, which includes Gold medal wins at London and the Rio Olympics. 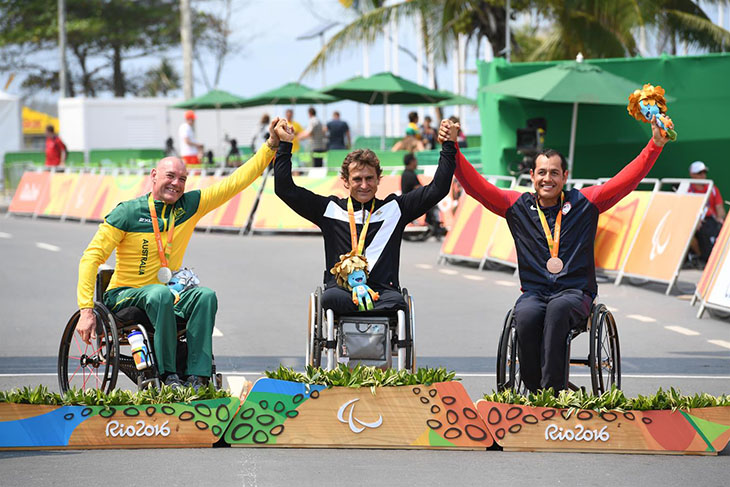 “In 2020 I may go to Tokyo for the Paralympic games, as soon as I go home I want to rebuild my strength and condition because in the last few weeks I’ve been unable to train a lot.

“Planning is difficult because you have to qualify. I’m planning to go to Tokyo but I’m 52 and this year I will be 53. I’ll be racing against people half my age so it won’t be easy but it would be a lot of fun to try and go to Tokyo.”

DSC sat down at length with Audi Sport driver Dries Vanthoor yesterday, and spoke about a variety of topics (full interview to follow), one of which was the new Audi R8 LMS EVO, which won on its debut earlier this month in the Dubai 24 Hours.

Vanthoor feels the new version of the R8 is an upgrade, but won’t neccesarily suit the Daytona circuit more than the last iteration, due to the increase in drag the car has which has given it a lower top speed.

“I think that Audi has shown in Dubai that the update kit is good. The balance feels good compared to the old car. But we lose a little bit of top speed, which isn’t practical in Daytona. We can fight for the win though, if we stay out of trouble until the last two hours.

“I can’t put a time difference on the car, compared to the old one. BUt it’s easy to drive, it’s a lot easier for gentlemen drivers, to ensure that they have an easier time. I must say they succeeded because the front axle is so much better.”

Mazda Team Joest’s Tristan Nunez spoke to DSC after the first practice session wrapped up. While the Mazda RT24-Ps did not top the charts like they did at the Roar, Nunez seemed unfazed and confident for the rest of the weekend.

Speaking specifically about the session the American said, “this is the time to see where you stack up. You want to learn something.” That learning started early in the session when the radio system gave the team trouble. Nunez adding that the crew “know how to get around that if it happens during the race.”

IMSA made minimal Balance of Performance changes to the DPi class, a rare move as typically a flurry of changes are seen in the two weeks between the Roar and the main event. Nunez however “expected no BOP changes” following the Roar.

After competing in the 2018 ELMS in its familiar white based livery DragonSpeed’s ORECA 07 Gibson will race here with the car prepped in a bare carbon fibre finish with the team’s regular ’10Star’ racing stripes. 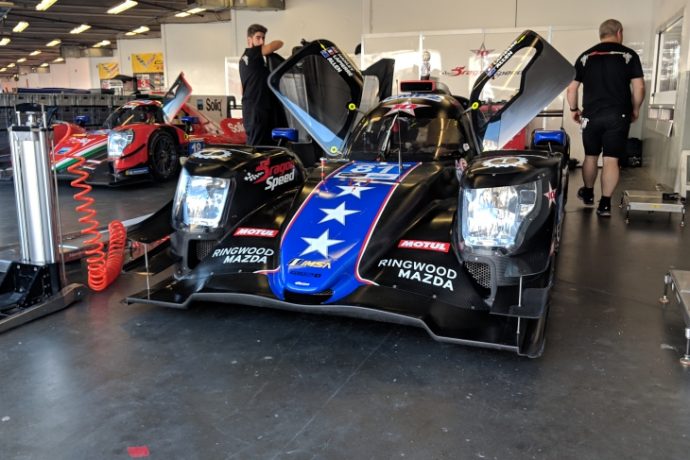