The 24-year old enters his first full season in LMP2 off the back of impressive testing performances, laying the groundwork for a planned three-year programme that he hopes will take him to the 24 Hours of Le Mans.

“I feel really excited to be starting my first full season in LMP2, because I’m entering a critical stage of my career that will determine whether or not I achieve my ultimate ambition,” said Enqvist.

“I got well-acquainted with the LMP2 car in a test with Algarve Pro Racing at Portimao and I hope to progress in leaps and bounds throughout the season to give me hope of winning the 24 Hours of Le Mans in the next three years. It’s an ambitious plan for an LMP2 rookie, but you must set big targets and put yourself in deep water. I’ve always worked extremely hard to achieve my goals and will continue doing whatever it takes to achieve this goal. We will see where we stand in pre-season testing, but we have a line-up that is capable of doing very well.”

James French has an extensive form book in top-level US sportscar racing in both the ALMS and the IMSA United Sportscar Championship where he was LMPC class champion in 2017 with Performance Tech including class wins at both Daytona and Sebring. 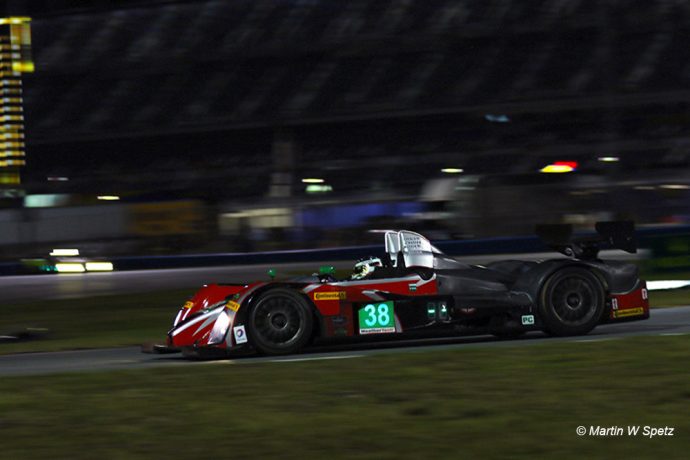 “I’m incredibly thankful for this opportunity and I’m very excited about the prospect of experiencing new tracks with a car that I’m pretty familiar with,” said French. “I’m looking forward to working with my new teammates, as I think we have a strong line-up capable of achieving some good results. We will have a better idea of where we are after the first test. Firstly, we must make sure we finish all races with no big mistakes, contact or penalties, and then hopefully fight for top fives or even podiums at end of the season.

“I have to use this year to learn as much as possible and continue growing as a driver. I have no experience of any of the ELMS circuits, but I’ve been dreaming of going to places like Silverstone and Spa since I was a kid and my ultimate career goal to this point has been to get to Le Mans. One of the main draws of the ELMS was its competitiveness. It boasts a strong field of high-profile names, including GP2 drivers and ex-F1 stars and that should make for some really good racing. If it wasn’t tough and competitive, it wouldn’t be any fun.”

Tacksung Kim is no stranger to Algarve Pro Racing, the 41-year old gentleman racer from Seoul, South Korea first joined the team for the 2016-17 Asian Le Mans Series and most recently reunited with the team last year for a full-time assault on the ELMS and 24 Hours of Le Mans.

“This is my third year with Algarve Pro Racing and I’m delighted to be joining forces again. I feel we’ve grown and expanded together. The team provided me with systematic and customised programmes in a professional environment, as well as challenging opportunities and warm encouragements, but it was most instrumental when I transitioned from the Asian Le Mans Series to the ELMS, ensuring that I was prepared and equipped to adapt quickly and enjoy each race.

“I’m really excited to be racing alongside two very fast young drivers. I always aim high and, with such competitive teammates, I will do everything to achieve top-five results.”