Eight GT3 manufactures are set to take on the 2019 Intercontinental GT Challenge, a record number, after the addition of Ferrari and Honda this week.

The announcement of Ferrari and Honda comes hot on the heels of Nissan, whose participation was confirmed on Monday. They’re joined on this year’s roster by reigning champion Audi, Bentley, BMW, Mercedes-AMG and Porsche.

Collectively, Intercontinental GT Challenge registered entries account for 20 of the 28 GT3s competing at Bathurst this weekend, as well as almost half of the 41-strong entry list.

For both Ferrari and Honda it’s their first IGTC season as manufacturers. Two 488 GT3s are registered to score points towards this year’s Manufacturers’ and Drivers’ championships at the opening round: last season’s Suzuka 10 Hours pole position winners, HubAuto Corsa, field an all-Australian crew comprising Nick Foster, Tim Slade and Nick Percat, while experienced Ferrari outfit Spirit of Race has paired Pedro Lamy and Mathias Lauda with Paul Dalla Lana, who head to Bathurst fresh from running the 488 at Daytona in GTD.

Honda, meanwhile, will not compete in the opening round of the championship, and instead will start its IGTC assualt at Laguna Seca in March, has chosen to skip Bathurst in favour of beginning its 2019 when its new NSX GT3 Evo is homologated to compete for the first time. The same model will then contest the Total 24 Hours of Spa, Suzuka 10 Hours and season-closing Kyalami 9 Hour, which returns to the international schedule later this year for the first time since 1982. 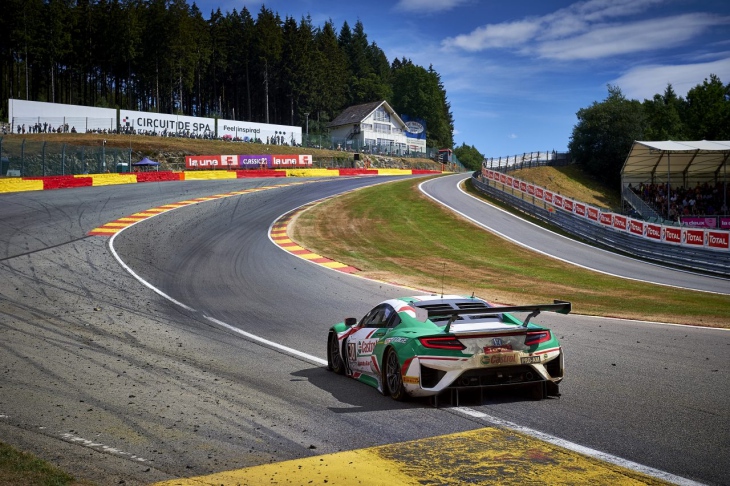 The IGTC rules state that manufacturers are permitted to nominate a maximum of four cars per Intercontinental
GT Challenge round, although only the two best-placed entries will score points towards the overall Manufacturers’ Championship. Drivers competing in all nominated entries will score points towards their respective overall championship while amateur drivers are also eligible for Bronze Drivers’ Championship points, subject to registration.

“The addition of seventh and eighth full-season manufacturers, and especially those of Ferrari and Honda’s standing, underlines the growing significance of the Intercontinental GT Challenge on the world stage,” said Stephane Ratel, SRO Motorsports Group Founder and CEO.

“A global championship featuring five of GT3’s biggest endurance races deserves a stellar entry list, and that is exactly what Intercontinental GT Challenge has assembled ahead of its fourth season.

“I am delighted that Ferrari and Honda have committed to the 2019 championship and cannot wait to see how they compare against the likes of Audi, Bentley, BMW, Mercedes-AMG, Nissan and Porsche. Not since the days of the FIA GT1 World Championship has GT racing enjoyed such a high-profile global platform.”