The Road Run into Bathurst town centre with a car apiece from each of the GT3 manufacturers present (plus a Group I Mustang) took place late morning with the cars on display in Bathurst under clear skies. 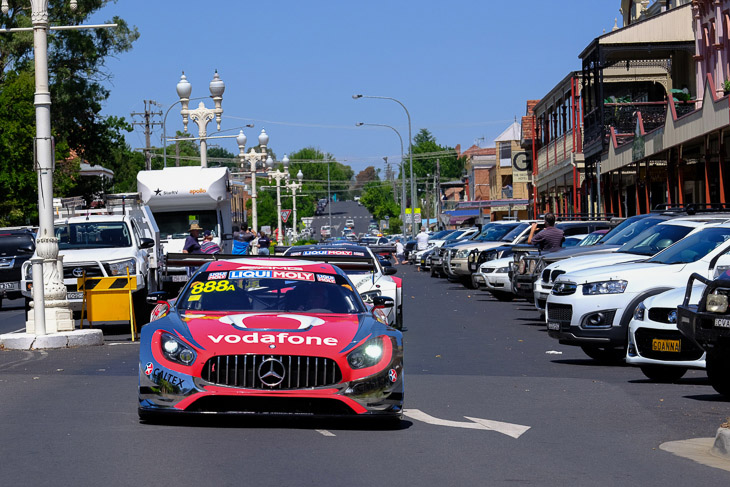 The 11 cars under police escort made quite a sight headed by one of the Audi Sport Team Valvoline R8s, with the Triple Eight Vodafone AMG GT3 next up. 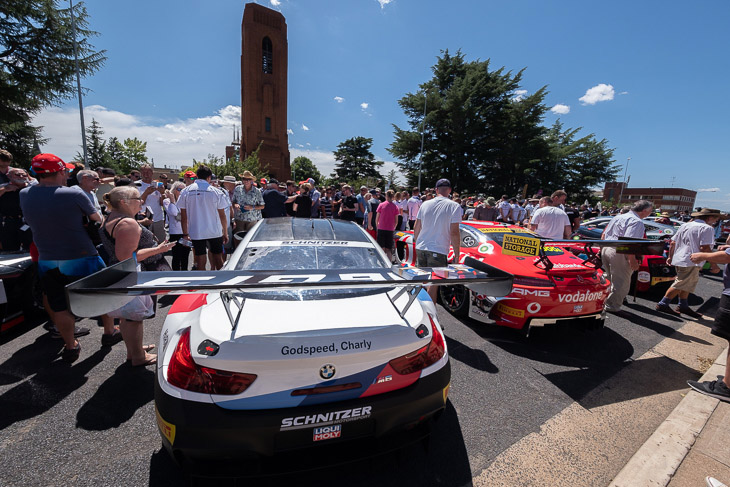 BMW Team Schnitzer’s M6 GT3 – bearing a touching tribute to their late and much lamented Team Principal Charly Lamm, was on parade with the sole McLaren 650S GT3 ahead of an EBM Porsche, R-Motorsport Aston Martin, the HubAuto Ferrari, Trofeo Motorsport’s Lamborghini, KCMG Nissan and a MARC Cars Mustang. 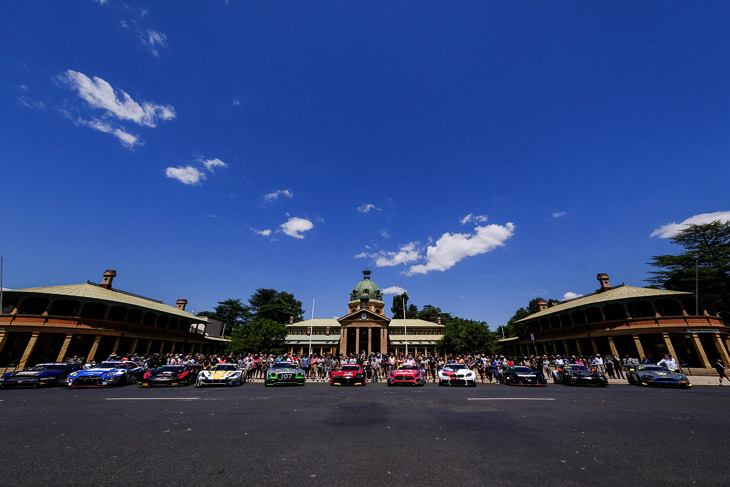 With news breaking yesterday of the addition of Ferrari and Honda to the registered factory entries for the Intercontinental GT Challenge the IGTC looks in rude health. 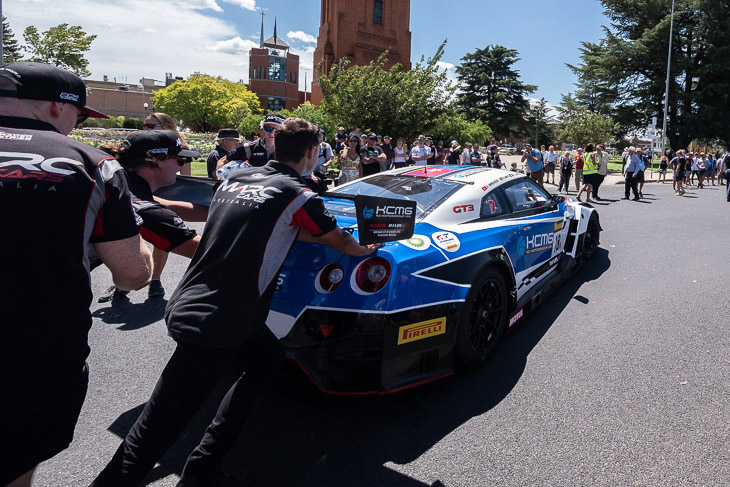 Eight manufacturers are now registered for the five-race IGTC (though Honda are missing this weekend at Bathurst) Nissan, whose participation was confirmed on Monday, Audi, Bentley, BMW, Mercedes-AMG and Porsche complete the full roster with each set to be represented in the points standings by a smattering of full-season teams, supplemented, or in some cases replaced, by race by race entries registered for points.

There’s a packed support programme for the main event at Mount Panorama this weekend with the Liqui Moly Bathurst 12 Hour meeting also welcoming the epic Combined Sedans (think a combination of Trans Am, V8 Supercar classics and run what you brung bonkersmobiles),

In addition there are a couple of significant debut demos crowbarred into the schedule with Mark Webber set to demo the new Porsche 911 GT2RS Clubsport – effectively the base for the forthcoming GT2 spec race car – and Luke Youlden showing off the new Brabham BT62 – both cars here at Bathurst for the first time.

The BT62 made its first appearance on Thursday evening for an un-timed session but was hand-timed in the 1:59s, not in race conditions, blah, blah, blah, but under the current official track record.