Through January and into February GT3 grids have been building in Europe and the USA. Here’s a catch up on all the recent news from ADAC GT Masters, International GT Open and Blancpain GT World Challenge America:

Callaway Competition has shown off a new livery for its 2019 ADAC GT campaign with the highly-successful Corvette C7 GT3. 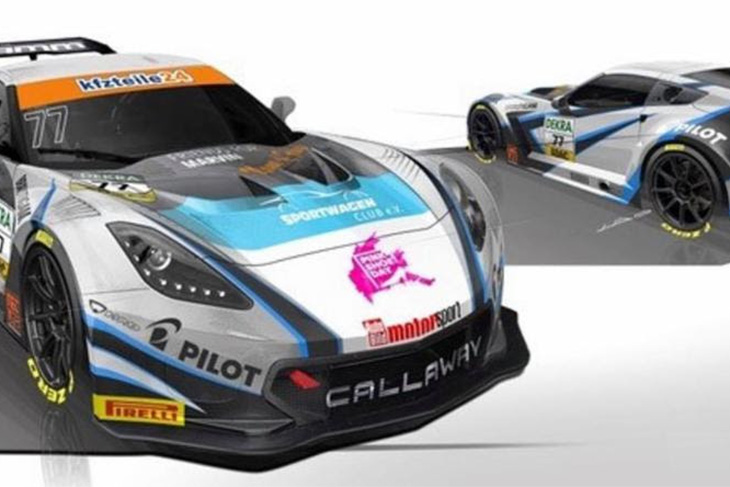 Change of livery for successful Corvette C7 GT3-R after three years. Callaway Competition to announce their driver line-up in March.

Callaway is the longest-serving and most successful team in the series, having contested in every ADAC GT Masters race since the series’ inception (winning the two drivers and two teams titles) and is looking to add to the further developed C7’s resume this year.

“We’re looking forward to the new season in the ADAC GT Masters,” says team boss Mike Gramke. “For the past three years, we have been in contention for the title, and that will once again be our aim in 2019. As we enter our 13th season in the ADAC GT Masters, we will have a strong driver pairing, but we won’t be announcing who they are until March.”

Three teams have announced their 2019 GT Open programmes in the last month, all bringing Mercedes AMG GT3s to the series. 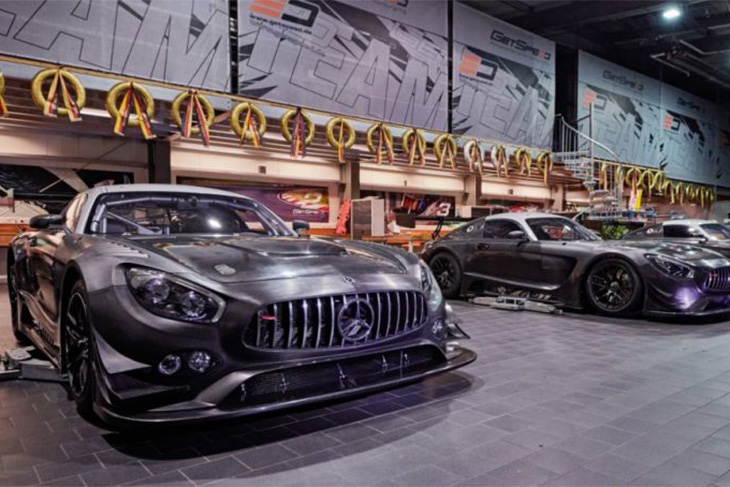 Get Speed, the German racing organisation based near the Nürburgring (a regular in VLN and the N24) will make its debut in the International GT Open this year. The team plans to take part with two cars (above) at four events this year including Hockenheim, Spa, Barcelona and one other undetermined round.

Adam Osieka, CEO of Get Speed, stated: “The International GT Open is one of the top GT3 series in Europe and has proven an incredible level. As we enter a new chapter in Get Speed’s racing history, with a new car brand and new cars, it is the right moment to discover the GT Open, determined to prove what we are able to do.”

SPS Automotive Performance to field two Mercedes, with Pierburg-Onslow Cole defending Pro-Am crown. Valentin Pierburg and Tom Onslow-Cole, the reigning Pro-Am champions will defend their title on one of the cars, back for a third year as a duo. The other car’s line-up is to be announced in due course.

The third team is Antonelli Motorsport, the Italian GT regular set to take on the full GT Open season for the first time. Last year the team won the Italian GT Championship and Lamborghini SuperTrofeo Europe.

The team, based in Calderara di Reno, near Bologna, and founded in 1993, has confirmed it too will enter two Mercedes AMG in the GT Open, one in the Pro class and another either in Pro-Am or Am. The squad is currently finalizing the last driver deals, with announcements expected shortly. It also take part in the new GT Cup Open series with a Lamborghini Huracán SuperTrofeo.

Team owner & principal Marco Antonelli commented: “We had a first participation to the GT Open in 2016, at Monza and Barcelona, and really liked the series. Unfortunately, it was difficult to plan for a full campaign, given our other commitments. Now, this is possible and we are delighted to join one of the most competitive and well-organized series in Europe, and to do it with new cars, having switched to Mercedes.”

German outfit Spirit Race will return to the GT Open this year, for a full-season effort in cooperation with Uwe Alzen Automotive, racing a new 2019 Audi R8 LMS GT3.

At the wheel will be Ditmar Haggenmüller, the man behind Spirit Race, who has mostly taken part to the DMV series in Germany in recent seasons, and legend, Uwe Alzen, who will make his debut in the GT Open.

Alzen commented: “We are glad to start this new adventure in the GT Open, of which we know very little, but we have heard good things about it and the race calendar is great, so I am sure we will enjoy it.”

Target Racing back for a second GT Open season

Target Racing has confirmed that it will return to the GT Open this year for a second season, stepping up to running a pair of Lamborghini Huracan EVOs after a strong debut season. 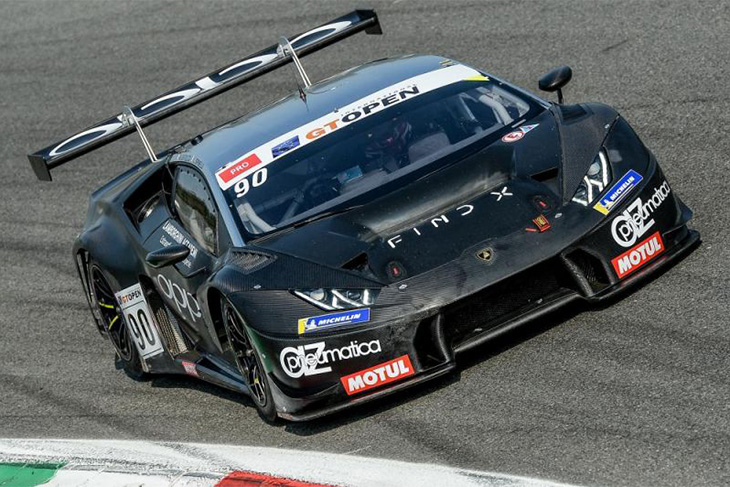 The team led by Roberto Venieri and Roberto Tanca is planning to have one car in the Pro category and is finalizing deals to have the other car in Pro-Am or Am. The final line-ups will be revealed shortly.

GT Sport has tweaked the GT Open calendar ahead of the season opener. Round 4 of the season, initially scheduled to run at the Hungaroring on 6-7 July, has been replaced by the Red Bull Ring on 13-14 July. 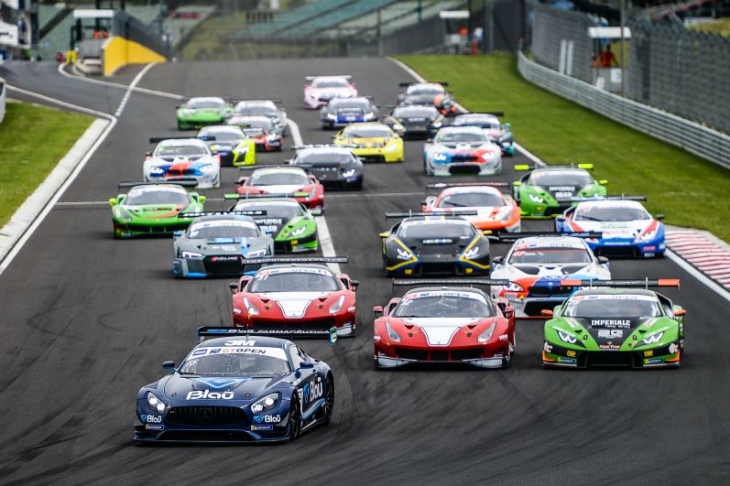 This slight change (both in terms of date and geography) will “allow to better balance the 2019 calendar and will provide teams and drivers a greater diversity in tracks.” According to a series statement.

The round at the Red Bull Ring will mark a return to the Styrian Alps for the GT Open for the first time since 2016.

The 2019 calendar for the International GT Open is confirmed as follows:

DXDT Racing is expanding to a two-car Blancpain GT World Challenge America programme for 2019 with a pair of Mercedes-AMG GT3 entries set for full-season campaigns in the Pro-Am Cup division.

Team owner and driver David Askew will co-drive the #63 with Ryan Dalziel, alongside new DXDT Racing teammates George Kurtz and Colin Braun in the #4.

“I’m so excited to drive with Ryan and work with George Kurtz and Colin Braun,” Askew said. “My hope, and my feeling, is the two teams will complement each other. My first priority is to field the best possible car for George and Colin. I always want them to feel that DXDT put them in the best possible position to win.

“To that end, DXDT has its work cut out for us, but I know we are up to the challenge. I feel like this is the year for DXDT to showcase what it is capable of. We have great people, some who have been at DXDT for almost four years. It’s time to get it done!”

In 2019 K-PAX Racing returns to World Challenge competition with Bentley in GT3, the team acquiring a pair of new Continental GT3s for its programme after running the out-going model last year, its first with the British marque. 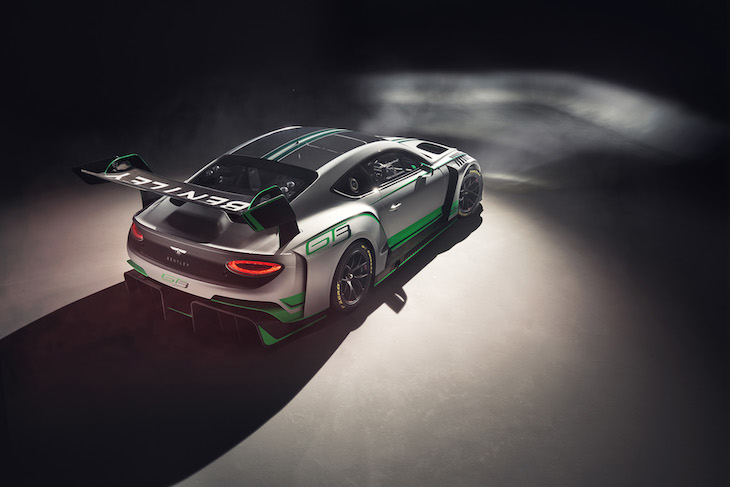 Returning behind the wheel will be drivers Álvaro Parente and Rodrigo Baptista – both who competed for the team last year. Also joining the team for their second season as co-drivers are Bentley factory drivers Andy Soucek and Maxime Soulet.

At present, the team is set to run two cars, though it has revealed that there’s the possibility of a third Bentley making appearances during the season as a customer car.

“We’re really excited to have the second-generation Bentley Continental GT3,” Darren Law said. “After spending all of last season with the first-generation car, we feel the car is a big leap forward, and it should be very competitive.

“For us, it’s a brand-new car so there are a lot of things to learn,” Law said. “From the mechanical side, I think we’re familiar with the basics of the car. But Bentley has made a number of changes, so the mechanics will need to spend more time with it. The engineers primarily will need to spend the most time on the car. We have a comprehensive test-program in place, that includes several test sessions prior to the start of season to help us learn and develop the car.” 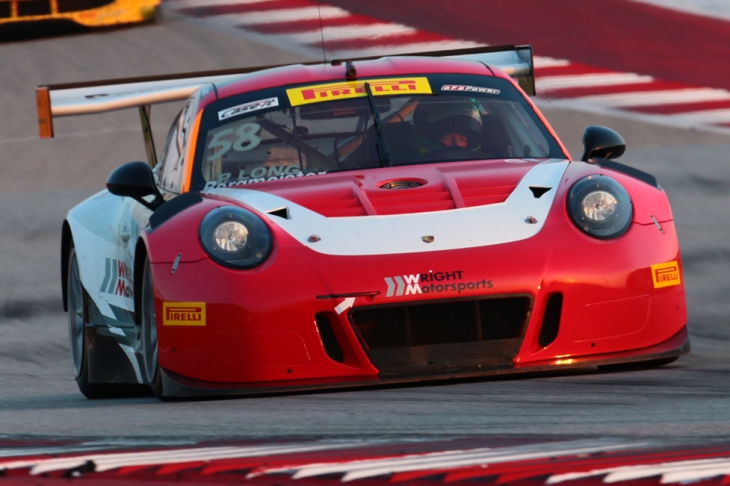 Sharing the seat of its #58 PRO-class Porsche will be Patrick Long and Scott Hargrove. Anthony Imperato will lead the PRO/AM-class #91 entry alongside newly-crowned Bathurst 12 Hour Matt Campbell and Romain Dumas, with a driver sequence to be announced at a later date.

“Continuity in motorsport is something a driver can only hope for”, said Long, ahead of his fourth year with the team. “I am honoured to add a fourth chapter to my story with Wright Motorsports and to be back with a team that has the talent and focus to win. GT3 racing in today’s landscape is ultra-close and that requires you to squeeze every hundredth of a second out of yourself. It tests your communication and trust as a group, so that’s where I find comfort in building on what we’ve worked on together for the last three seasons.”

“Scott will make a great addition to the effort. He’s a proven winner in all categories he’s been in and has been very exciting to watch”, Long continued. “It will also be fun to rejoin SRO America and see how it’s evolved after a season away. The way you attack these races is very unique, so getting back into that groove will be priority for me personally.”

The first of seven newly renamed, Blancpain GT World Challenge America events will kick off March 2-3 with two 90-minute races at Circuit of the Americas.