Toyota Gazoo Racing hit the track at Sebring International Raceway today for the first time with its TS050 HYBRIDs.

The Japanese marque is out in Sebring for a three-day pre-event test ahead of the FIA WEC Sebring 1000 Miles next month, with both cars and all six drivers. Toyota ran exclusively today, Mike Conway pictured by DSC’s Martin Spetz driving the #8, though Ford, AF Corse and Jackie Chan DC Racing are among those expected to run this week too. 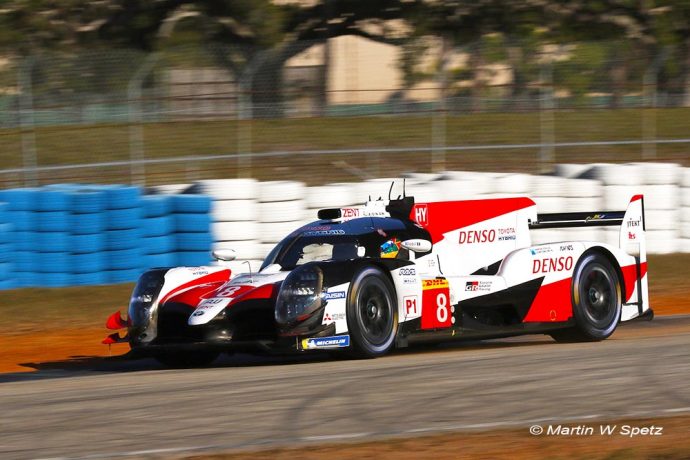 Trackside observers have told DSC that Toyota was taking it easy today, its lap times consistently below the best times from IMSA qualifying last March. Toyota explained to DSC that Day 1 was for development/testing specific items before it takes on a 30-hour endurance test across the remaining days. 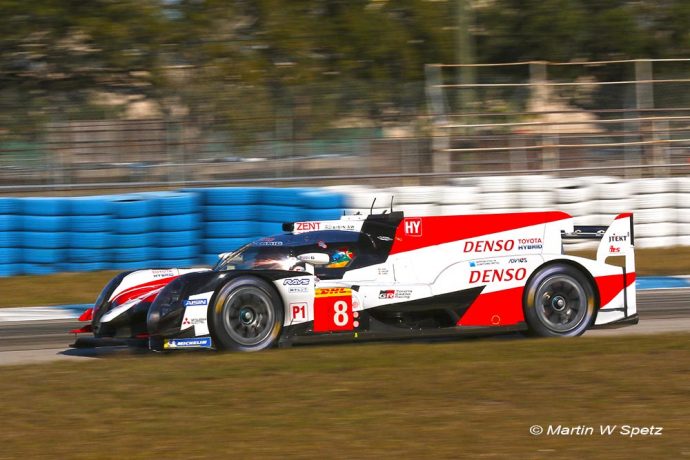 Next month’s race will be Toyota’s first at Sebring in LMP1, the team not present at the inaugural FIA WEC round at the Floridian circuit back in 2012. Today’s run was also the first for an LMP1 Hybrid at the circuit since Audi’s pre-season test back in 2016 ahead of its final FIA WEC LMP1 campaign, with the R18.