At the floor of the Tokyo Auto Salon this January, Honda announced the lineups of their GT500 programme in the Autobacs Super GT Series. Narain Karthikeyan, who turned 42 recently, was one of those names in the ten-man roster of Honda GT500 drivers.

Karthikeyan is a trailblazer for motorsport in India. He was the first driver from his country to race in Formula 1, one of only two South Asian drivers to compete in what is now Super Formula, and the only Indian driver to compete in NASCAR, wherein 2010, he was voted the most popular driver in the Truck Series.

And now, he’ll be India’s first Super GT racer in 2019, when he joins forces with legendary team owner Satoru Nakajima, and his new co-driver Tadasuke Makino, in the #64 Modulo Honda NSX-GT. It will be his first foray into sports cars since he, Charles Zwolsman Jr., and another notable Super GT alum, three-time Le Mans winner André Lotterer, rocked up to the 24 Hours of Le Mans in 2009 in a privateer Audi R10 run by Colin Kolles.

DSC reached out to Mr. Karthikeyan not long after his deal was confirmed, to get his thoughts on how this new chapter in his incredible racing life came together and his outlook for the 2019 Super GT season.

First off, how did this deal come together?

“I’ve been driving for Nakajima Racing in the Super Formula Championship for the past two years and have developed a very close and strong relationship with all the members of the team, right from Nakajima-san himself down to all of the team’s engineers, mechanics and other personnel. I’ve also been a Honda driver for a couple of years now.

“Super GT’s have been very attractive to me for a while now. The cars are mega-quick, the series is super professional and the fans are unbelievable. Combining all of these factors made it a no-brainer for me to want to move into this series. Fortunately, both the team as well as Honda have made this opportunity possible for me, and I am very grateful to all of them, and ultra excited to start a new chapter in my racing career.

“I find it quite amusing that despite the fact that I’ve now entered my 40s, I’m going to be a rookie driver in the series.”

Many racing fans will know that, in your career, you’ve driven quite a variety of different cars. How does a GT500 car like the Honda NSX-GT compare to the wealth of cars that you’ve driven before?

“It’s so different and yet strangely familiar. All I’ve driven before have been single-seaters, with a couple of small forays into LMP1s and NASCAR Trucks.

“Despite the fact that the car is quite a bit heavier than a single-seater, the levels of downforce, grip, and even the power are really impressive. The performance in the fast corners is particularly something which has made me smile.”

In a series and a category already boasting some of the best talents, in any racing series really, what strengths do you bring as a driver?

“I’ve never shied away from a challenge. As an Indian driver growing up in the late 90’s, it was always my dream to be a Formula 1 driver, and many people told me that it was impossible because in India there was virtually no motorsport infrastructure.

“I was determined to make it happen, and it did. I think my determination to achieve my goals is my greatest strength. Undoubtedly there is a huge talent pool in Super GT, but that’s one of its most attractive characteristics. To beat average drivers is no great achievement, but to beat the guys who I’m going to be up against in Super GT will make for a real challenge.”

There will always be challenges in a new series, what do anticipate will be the biggest challenges ahead as you transition to Super GT?

“Working the traffic in a multi-class formula. I’ve done it once before when I raced in LMP1’s in the 24 Hours of Le Mans back in 2009. Although that was a long time ago, I do have some experience, but I do feel that it will be the biggest challenge of the year ahead.” 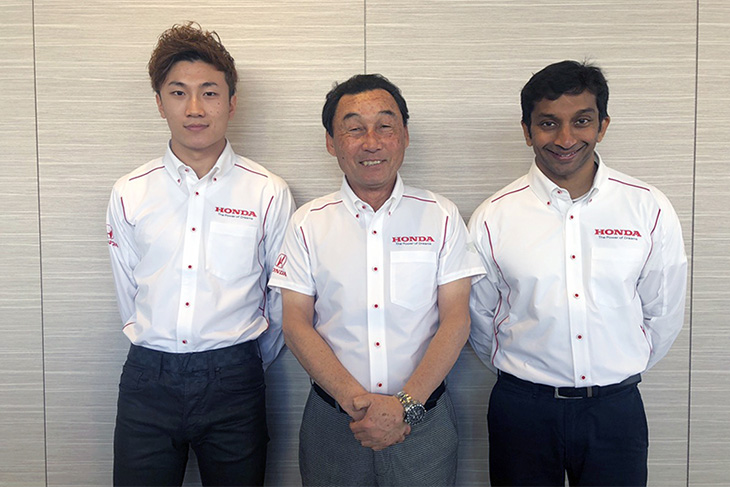 “The teams are ultra-professional and so driven towards success. The people are so helpful. It just makes for an amazing living and work environment in Japan which I dearly cherish.”

You had a chance recently to test with Nakajima Racing and work for the first time with new co-driver Tadasuke Makino. In your brief time together, what has impressed you most about him?

“His communication skills are really good and he’s a known quantity in Super GT, getting on the podium in his debut race in GT500 in 2016. We get along well.”

What are the goals for the Nakajima Racing squad in 2019?

“We would like to have a far better season than in 2018, and along with Dunlop, our tyre suppliers, we are absolutely certain about achieving this target.” 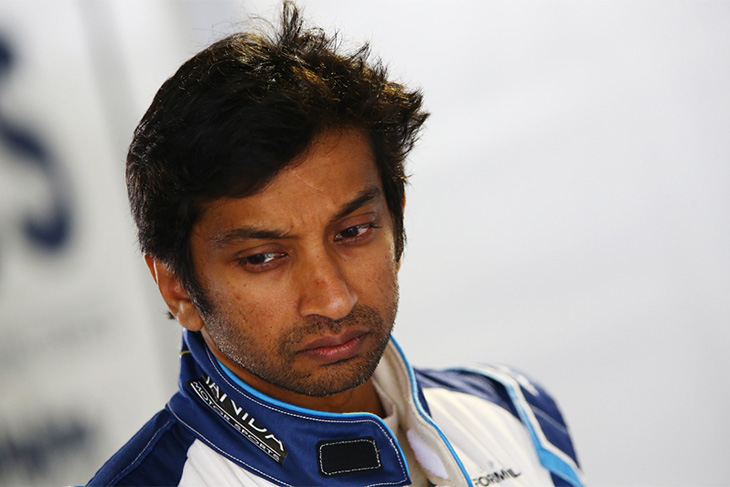 And for you, as an individual competitor, what are your goals for the season to come?

“My own goals are always the same, to be the best version of myself possible. It’s going to be a steep learning curve, but I have a great team around me who I know will help me to their maximum.”