The Florence-based squad has confirmed one new generation Continental GT3 entered in the Pro class with a top driver pair to be revealed in a few days. 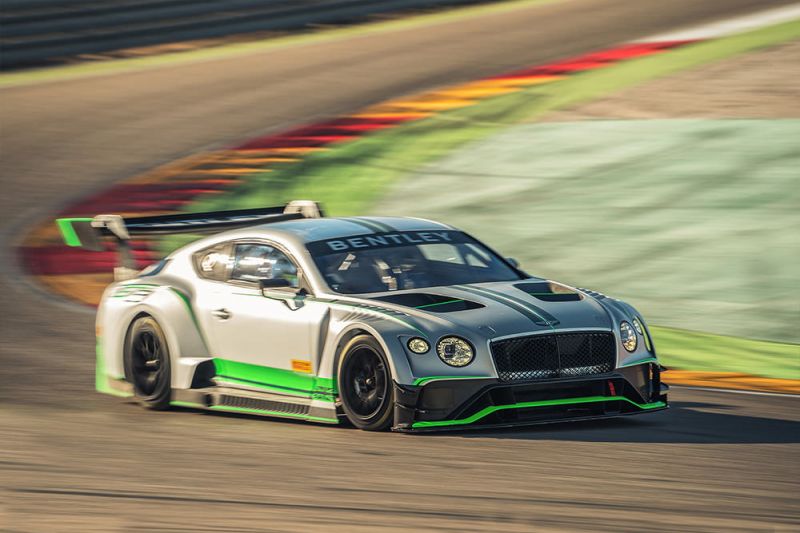 The squad is working to get a second car entered in Pro-Am. This other car could be another 2019-spec Continental or, alternatively, the 2017-spec used for the team’s national racing efforts last year. Petri’s efforts are supported by the Crewe-based make and are part of the Junior Team Bentley programme.

Team Principal Simone Petri stated: “We tasted briefly the GT Open two years ago and were very impressed. Not only it is one of the most competitive and high-level GT3 series in Europe, but also one of the friendliest and better-organized ones. I really appreciate how GT Sport does things and takes care of its participants. For us, it was the obvious choice for 2019 and we are glad to be back with an ambitious programme and a prestigious brand as Bentley.”

Alegra to run pair of Porsches in World Challenge

Alegra Motorsports has announced a two-car programme for the 2019 season of the Blancpain GT World Challenge America (formerly known as Pirelli World Challenge). The team will field a pair of Porsche 911 GT3 Rs won in the Pro Class and one in Pro-Am.

“It’s going to be exciting to be a part of the new format,” says Team Manager Tony Ditto. “The team did well in the 2018 SprintX GT Championship Series last year, so we’re looking to carry that momentum forward.”

For the Pro effort, the Alegra team will be welcoming veteran Porsche drivers Wolf Henzler and Marco Holzer.

“The Porsche experience that these two guys bring to the track is great,” says Ditto. “They know the machines and understand how to extract maximum performance from them, so that’s something we’ll definitely be tapping into this year.”

The Pro-Am entry will be piloted by Alegra alumni Daniel Morad and Team Principal Carlos de Quesada, whom together took the top spot at the 2017 24 Hours of Daytona.

The Classic BMW team announced its 2019 driver lineup for the Pirelli GT4 America series, in which it will field two BMW M4 GT4s in SprintX competition. 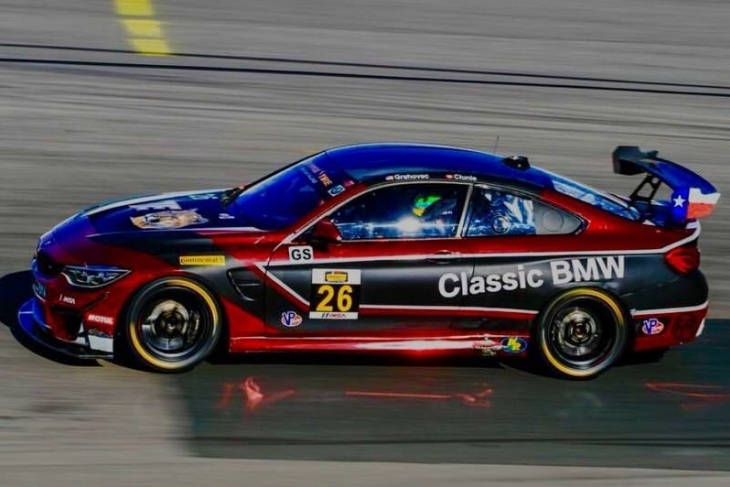 The Texas-based racing organization will field its #92 M4 GT4 for drivers Toby Grahovec and Chris Ohmacht, in the SprintX Pro-Am division as well as the #17 machine for the duo of Justin Raphael and Stevan McAleer, in the Pro-Am category.

Blackdog Speed Shop’s racing efforts will take on an entirely different look in 2019 – in the shape of two McLaren 570S GT4s. 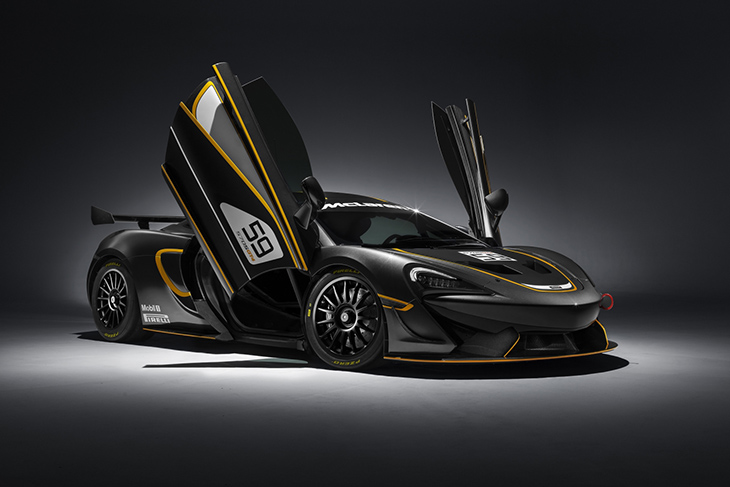 Long-time Blackdog racer Tony Gaples is set to campaign a new McLaren 570S GT4 in the Pirelli GT4 America Sprint Championship – part of the Blancpain GT World Challenge America series. Gaples has been part of the championship since 2002, and the coming year’s campaign looks to be one of the most promising of his career.

The team also confirmed it will run a second McLaren 570S GT4 in the championship, which starts in early March at the Grand Prix of St. Petersburg. Further details of this entry will be announced in the coming weeks.

“You’re always looking forward to the start of a new season,” said Gaples. “This is different in a lot of positive ways. We’re thrilled to start a new chapter of our program with McLaren. We’ve seen with our own eyes how competitive of a package it has been, and I’m impressed with the level of support from McLaren Customer Racing.

“Many of the best races I’ve had were the 50-minute sprint races at places like Sonoma, Long Beach, Road America and other classic tracks in World Challenge. There’s nothing like that intensity and adrenaline, knowing it’s all on you when the green drops. In my mind, it’s the most exciting hour in racing.

“While this points us toward a great future with McLaren, I also want to acknowledge our history with Chevrolet in World Challenge. We had a lot of great seasons with wins and championships over the years. It’ll be a great fight this year with the Camaros and all the other manufacturers that have come to GT4 in recent seasons. We’ll be ready.”

Dan Walmsley, who has been hard at work recently signing new customer teams for McLaren Motorsport, said: “We are extremely pleased to announce our relationship with Blackdog Speed Shop, and confirm that the team will be campaigning the 570S GT4 in the Pirelli GT4 America championship, a championship that is gaining strength with new announcements being made each week. Blackdog Speed Shop has shown itself as a true title contender over the past seasons, so with this enviable track record, and the strong results recorded by the 570S GT4, we are looking forward to challenging for more race wins and championship successes going forward.”

“I am looking forward to the new 2019 SRO GT4 of America season,” said Elghanayan. “The team has completed many hours of preparations on the car to get it ready for the season opener at St. Petersburg. We have done a lot of testing and a handful of races over the months to get me and the car in top shape. I am excited to get back into the GT4 X-Bow and compete against a bunch of high-level drivers again. This will be my first full season with GT4 America and I cannot wait for this exciting journey to begin.”

Elghanayan ran a partial season in the series in 2018, earning one win and three additional podiums throughout the Sprint and SprintX season. At Lime Rock Park, the rookie had his most successful professional race weekend to date, scoring both pole positions and finishing on the podium for the two races. In the final two events of the 2018 season, the #71 received the new evo kit, performing strongly to earn two top-five finishes in the finale.

German-Italian duo Marius Zug and Gabriele Piana will line up together in one of RN Vision STS’ BMW M4 GT4s in the 2019 GT4 European Series. 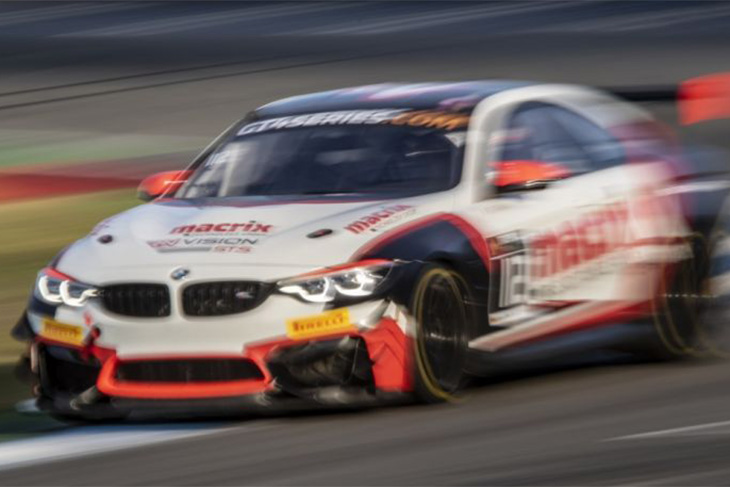 In its third year in the GT4 European Series and its second consecutive season with the BMW M4 GT4, the 2017 vice-champion, RN Vision, will enter two cars in this year’s championship.

Italian racing driver Gabriele Piana will return to the German team for a fourth season. Piana won one race in 2018, together with Razvan Umbrarescu. This season, Piana will partner 16-year-old German driver Marius Zug.

Piana and Zug already tested the RN Vision STS BMW M4 GT4 together at the Algarve International Circuit in Portimao, Portugal and will conduct further tests before the start of the 2019 season at the Monza Eni Circuit in April.

Both of Aston Martin customer team Street Art’s driver duos for its GT4 European Series campaign have now been signed up.

“By forming this crew, we have achieved our objective. We will be represented in two categories: in the Am Cup by Pascal and Clément and in the Silver Cup by Julien and Jamie,” said Street Art Racing team manager Damien Hellebuyck.

“Julien has been a member of the family for a year and a half and Jamie will allow us to find a Belgian driver in our ranks. We think that this duo has a real chance to shine in the overall standings while Pascal and Clément should play a prominent role in the Am Cup. I can’t wait for the beginning of the season!”

Phoenix Racing will continue to race in the GT4 European Series in 2019, with defending champion and 2018 Pirelli Junior Cup winner Nicolaj Mølller Madsen and Cédric Freiburghaus announced as its first pairing for the new season. 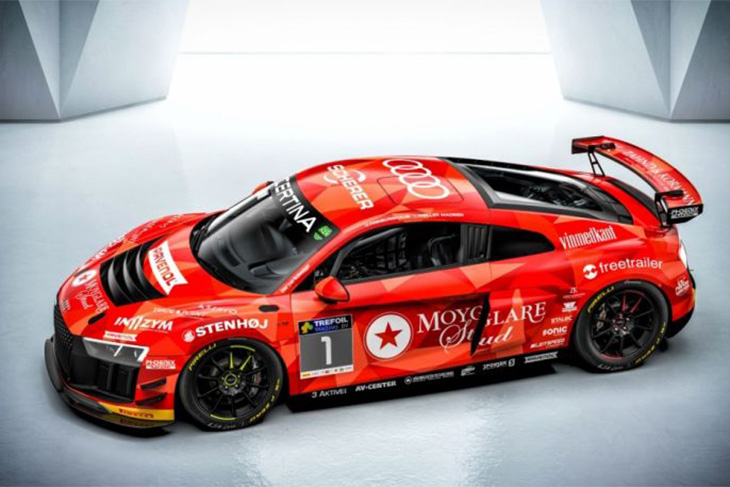 The Nürburgring based team will continue to race the Audi R8 LMS GT4 in the series, aiming to defend the Silver Cup drivers title and to fight for the Teams Trophy.

“I am very grateful for another year with Phoenix Racing,” Møller Madsen said. “I can’t wait to get back on track with the #1 car and attempt to defend my title. With Cédric as my teammate, we have a great chance of achieving this goal. I will be giving my all to give Ernst and the whole team something to celebrate once again.”

Phoenix Racing will confirm drivers for its second Audi R8 LMS GT4 at a later date.

T2 Motorsports will make its Blancpain GT World Challenge Asia comeback this season after confirming a full-season campaign with its distinctive blue and red Ferrari 488 GT3. 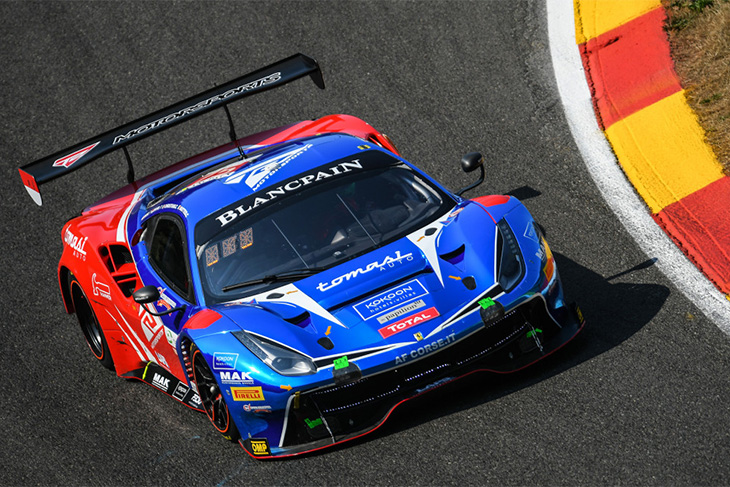 The Singaporean squad last competed in 2017 when David Tjiptobiantoro and Gregory Teo finished sixth in the Am Cup class standings.

Both again feature this year as part of a Pro-Am line-up that sees ex-Formula 1 driver Rio Haryanto contesting all six rounds. Tjiptobiantoro joins the Indonesian at Sepang, Buriram, Fuji and Yeongam while Teo will race at Suzuka and Shanghai.

T2’s Ferrari joins Audi, BMW, Lamborghini, Mercedes-AMG and Porsche on the list of manufacturers confirmed for 2019. Further entries will be announced in the coming weeks ahead of the opening round in April.

“We are excited to be returning to Blancpain GT World Challenge Asia in 2019,” said Teo, who will split his driving duties with managing the team. “We really enjoyed our first season in the championship when it was still establishing itself as Asia’s leading GT series and then watched on from a distance last year when it really made its mark. That’s why we’re back in 2019 with a renewed programme and driver line-up that’s capable of scoring victories. Collectively, the package looks very promising indeed.”

JR-M set for the full season in World Challenge Asia

JR-M, one of China’s leading GT teams will race in World Challenge Asia full-time this year, with the driver pairing of Li Chao and Chris van der Drift and a new Porsche 911 GT3 R. 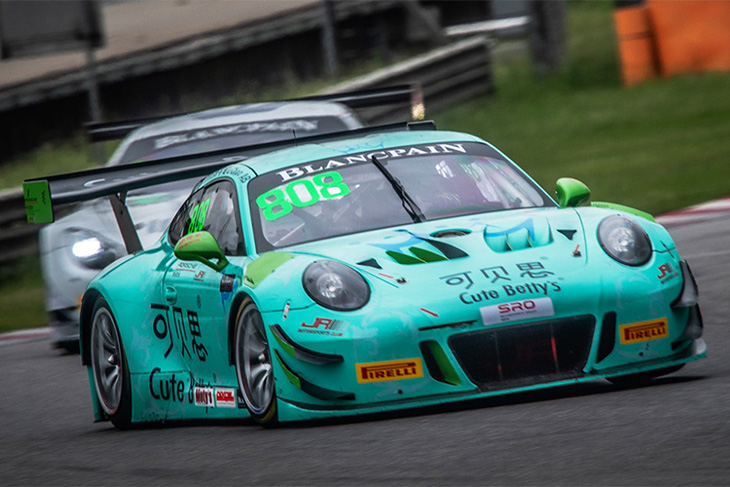 The team’s duo will look to continue their successful run together after finishing second overall in the China GT Championship for the past two years.

Head of Porsche Motorsport Asia Pacific, Alexandre Gibot, said: “It’s great to see Li Chao make the move over to the Blancpain GT World Challenge Asia for a full season. This year’s grid looks just as competitive and we’ll be sure to help him achieve the best possible results. This development sees the number of 2019-spec Porsche 911 GT3 R currently registered for the Blancpain GT World Challenge Asia increase to four. We’re confident that Li will do a great job with the new car and now we await the first round in April.”

The new McLaren 720S GT3 will make its CAMS Australian GT debut this season, though the team and the drivers set to run the car are yet to be revealed. 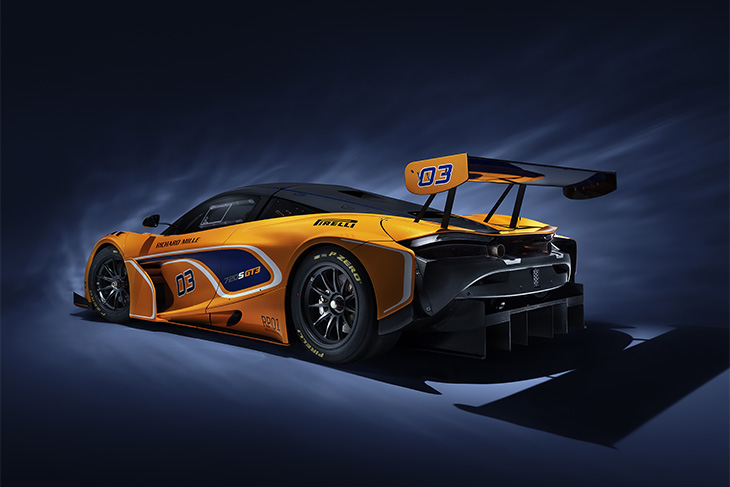 The British manufacturer is also rumoured to be racing in the series with a minimum of three cars on the grid by mid-season, including a McLaren 570S GT4.

Whilst a second 570S GT4 is likely to make an appearance mid-year, the GT4 is expected to be on the grid in Melbourne for the season-opening Australian Grand Prix round at Albert Park (14-17 March).

Villeneuve and Fisichella team up for Italian GT run

Former F1 driver Giancarlo Fisichella and 1997 F1 World Champion Jacques Villeneuve will race together in the 2019 Italian GT championship with Scuderia Baldini in a Ferrari 488 GT3. The duo will take on the full season, racing with a third yet-to-be-confirmed driver.

Team owner Fabio Baldini said: “I am extremely happy to have Giancarlo in our team again. He is a certainty for the whole team, especially regarding the new challenge of endurance races. Fisico is a serious professional and his experience will be crucial to face a challenging season like this year’s campaign. In 2018 Giancarlo has always been very competitive and I believe he will give his best this time around too, especially as he and Jacques will be the reference for the whole team. We are still evaluating who will be the third driver, who will be a lucky teammate of such great champions.”