Montaplast by Land-Motorsport, in its fourth season in ADAC GT, will race with a new quartet of drivers in its pair of new Audi R8 LMS GT3s, 2016 champion Christopher Mies will line up for the first time with Max Hofer while Ricardo Feller and Dries Vanthoor will drive the team’s car.

The team will contest the Endurance Cup this year, fielding a new-spec Porsche 911 GT3 R in the top-tier Pro category. Having announced the programme before Christmas, Dinamic has now revealed that Klaus Bachler and Andrea Rizzoli will fill two of its three seats for the 2019 campaign.

A third driver for the programme will be announced ahead of the season-opening race, which takes place at Monza on 12-14 April.

In 2019 the 22-year-old South African driver, who now lives in Kempten, southern Germany, will hope to add a second ADAC GT title to his resume after coming just a single point shy in the title race last year.

“I’ve been on friendly terms with the team for years, and our paths have often crossed,” said van der Linde, “which is why I’m particularly looking forward to developing a close, professional relationship with them.”

MRS GT-Racing revealed that Jens Klingmann will drive for it in the 2019 season driving its BMW M6 GT3.

The BMW works driver raced for the team run by Karsten Molitor and Iris Dorr last year in their first season with the BMW M6 GT3. Klingmann shared the drive in the powerful GT3 sports car with Austrian driver Christopher Zöchling, but it’s not yet been decided who his teammate will be for this year’s run.

“We intend to stick with our GT3 project and are very pleased to have secured the services of Jens Klingmann, our first ace in the pack, at this early stage in the game,” said team principal, Molitor. “We’re pretty certain that we’ll soon have another top-class driver for the second seat, and then we can go all-out on the attack!”

Portuguese rising star Henrique Chaves (who raced in the ELMS last year with AVF) and Guatemala’s Andrés Saravia, who finished a runner-up in the International GT Open in 2018, has become the first two drivers to be named for Teo Martín Motorsport’s 2019 GT Open campaign.

They will drive the new McLarens 720S acquired by the Spanish team; their respective teammates will be announced shortly.

Chaves commented: “I’m very excited to join Teo Martin Motorsport for the upcoming season. The International GT Open is a very competitive championship and I think the new McLaren 720s GT3 will be the proper weapon to face this new challenge in my career. It will be a tough season but after meeting with Mr Teo Martin and realizing that his ambition to pursuit victories was the same as mine, I knew immediately that this was the project in which I wanted to be involved”.

“I’m very happy to race again with Teo Martin Motorsport after a good 2018 season,” added Saravia. “The team is very professional and I’m sure we’ll give our best one more time to fight again for the title with the new McLaren 720S GT3.”

One11 Competition to compete in World Challenge America

One11 Competition will run a pair of Ferrari 488 GT3s in the 2019 Blancpain GT World Challenge America Championship. 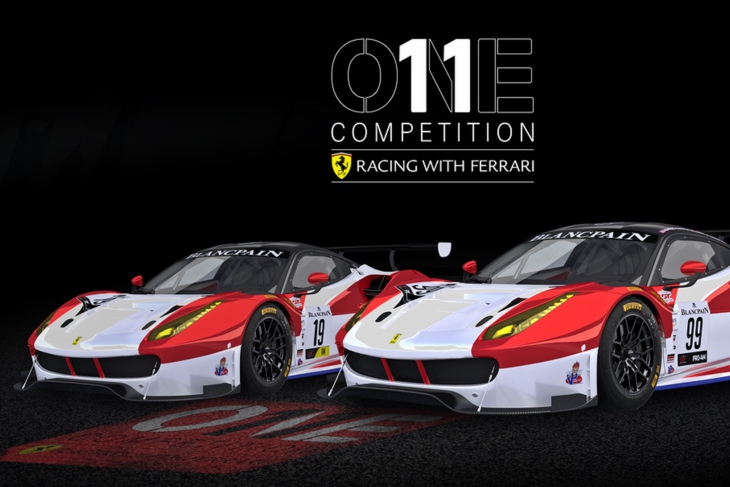 Drivers Chris Cagnazzi and Brian Kaminskey will compete in the Am class and share driving duties in the #19 Ferrari 488 GT3.

The New York-based team will also compete in the Pro-Am class with drivers Alfred Caiola and Matt Plumb in the #99 488 GT3.

The effort will be spearheaded by One11 Competition team owner Peter Spinella, who has developed the infrastructure and assembled the driver line up for the all-new Blancpain GT America programme. The team has moved up into World Challenge competition after multiple years spent racing in Ferrari Challenge, winning two team championships, two driver championships, and one World Championship in the last four seasons.

“This driver line up is well-tenured in Ferrari Challenge, with a lot of good results there, and this is a new step up for them and it is really exciting for us as a group,” said Spinella.

“We are a new team, but we are pulling resources from all over the world and have a lot of very experienced people on board. Not only the crew but also engineers with us who have experience with this specific (GT3) platform. We were able to go to the factory, get training with the car, and actually go test while we were there so that gave us a very big jump in our progression. So far, the car has been amazing.”

TRG is set to compete in the GT4 America championship with three new, Porsche GT4 Clubsport MRs in 2019, across two classes.

The team welcomes the return of drivers Spencer Pumpelly, Chris Bellomo, Dr Jim Rappaport, Derek DeBoer and Sean Gibbons to the 2019 season and welcomes Kevin Woods for his first season with TRG.

The Racers Group Founder and CEO, Kevin Buckler said: “It is fantastic to have a powerful two-car team heading into our first big event at Circuit of the Americas (COTA) in Austin and to be running three cars, with six such incredibly passionate and talented drivers, for the full season! We are gunning for two championships… One in PRO and one in AM.

“Derek and Jim are going to make a formidable duo in their first season racing together in the Pirelli GT4 America SprintX West races and will be sharing the #17 car throughout the season with Sean Gibbons, who we are excited to have partnered with Derek again this year for the Pirelli GT4 America SprintX East races. They are all terrific drivers, with great relationships with each other, which makes it even more awesome!

“Having Chris Bellomo back, with a professional coach and long-time TRG partner, Robert Orcutt, is another major bonus. Chris is a talented driver and a terrific guy with so much potential and his co-driver, Kevin Woods, is an amazing addition to the TRG team. Having a driver like Kevin, who is not only fast, but just incredibly solid across the board, is the perfect complement to Chris and they will make a formidable team. We are excited to have such a great matchup with this pair and look forward to winning some races together!

“The return of Spencer Pumpelly to the TRG team for the Cal 8 Hours race in 2018 was big for us. Spencer raced with TRG for 6 years, starting in 2006, and having such a dynamic driver come back for a major race last season and then go “all in” this season says a lot about our relationships. We have such a strong history together, including several big GT class wins, so we know this is going to be an exciting year on the track. We are definitely running for a championship and hope to make Porsche proud.”

Mattia Drudi has been announced as an Audi Sport factory driver for 2019, as one of 13 drivers in its full stable for the upcoming season.

The 20-year-old raced in Italian GT with Audi last season, as well as in the ELMS’ LMP3 class with Eurointerational.

He will race GT3 machinery with the brand this year.

Having turned its first demonstration laps at Bathurst earlier this month, the new Porsche GT2 RS Clubsport is set to make its international competition debut at a globally in July. 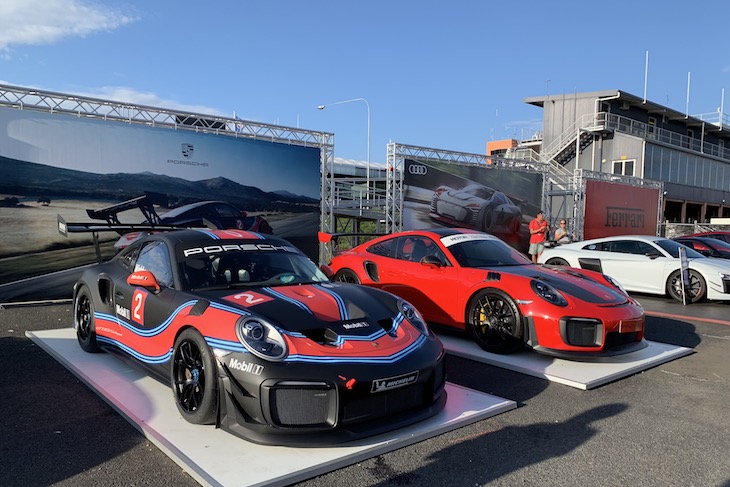 A full grid of 911 GT2 RS Clubsports will race at Spa as part of the support package for the Spa 24 Hours.

The race will act as a prelude to the car competing in the upcoming GT2 category, which was officially launched by SRO Motorsports Group founder and CEO Stephane Ratel during last year’s Total 24 Hours of Spa.

“My congratulations to Porsche for realising this project,” said Stephane Ratel. “The GT2 concept is very important to SRO and I am thrilled to see it gathering momentum. The one-make race for the GT2 Clubsport that will be staged during the Total 24 Hours of Spa weekend will represent another major milestone as we prepare to introduce the category to our series across the world. I look forward to more exciting news on this as the year unfolds.”

A second manufacturer with a GT2 product is understood to have requested to run the car at Spa but was asked to delay their introduction to accommodate this all-Porsche event.