With track action set to get underway this morning for the Series finale at Sepang International Circuit, Friday started with a full grid photocall.

There’s certainly a feeling afoot that the Series has taken a significant step forward this season and with the teams here, and several elsewhere, now able to take away the 2019/20 calendar to crunch the numbers we can look forward to plenty of feedback in the coming weeks on potential takers. The appearance of the ARC Bratislava Ginetta is the first for a Ginetta LMP3 in ACO rules competition since the (ex ARC Bratislava) car of TKS appeared in the Michelin Le Mans Cup last year.

The #44 car here though is not one of the three cars owned and campaigned by ARC Bratislava a couple of seasons ago, instead this is a new addition to Miro Konopka’s fleet, this the ex Ate Dirk de Jong-owned PRT car that last raced two seasons ago and is still in the process this morning of being recommissioned with significant assistance on site from the Garforth massive! 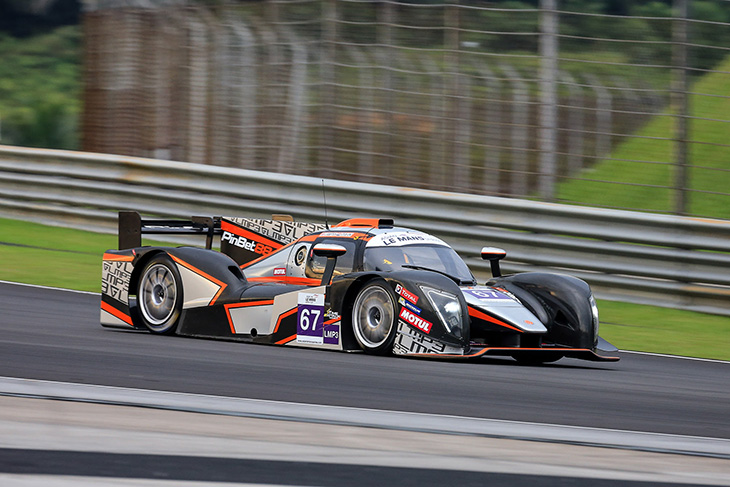 Another late change to the entry is the absence, with other commitments from Bon Grimes from the #5 TF Sport/ Red River Sport Aston Martin, Johnny Mowlem and Ivor Dunbar will double crew the V12 Vantage in what could be its final ever international race.

The Friday Morning Test session saw all 22 cars out on the circuit, ARC Bratislava doing a great job to recommission the Ginetta in time to get out on track.

The session was headed by the #8 Spirit of Race Ligier, Pipo Derani with a 1:54.585, pipping Phil Hanson in the #22 United Autosports Ligier.

LMP3 was headed by the #79 Ecurie Ecosse/ Nielsen Ligier, Colin Noble with a 1:59.605 heading a close-knit stream with the #2 United, #7 Ecurie Ecosse Nielsen and #36 Eurasia Ligiers next up.

The Championship-leading #11 Car Guy Ferrari led the GT order, a 2:04.365 around half a second clear from the best of the 2019 spec TSRT Audis, this the South East Asian competition debut for the new spec Audi. 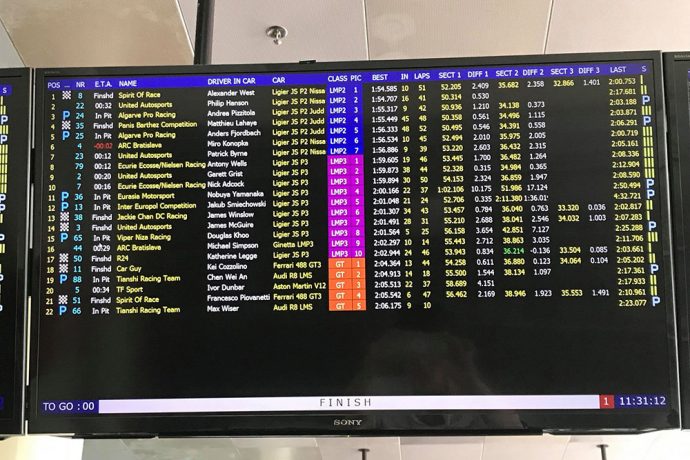