The season is over, the titles are settled and the all-important Asian Le Mans automatic Le Mans invites have been handed out in Sepang.

Algarve Pro Racing’s #24 Ligier JS P2 Judd of Harrison Newey, Andrea Pizzitola and Ate Dirk De Jong won the race, in fine style after a strong run, but it was the #22 United Autosports Ligier that finished second and took the LMP2 title comfortably.

Phil Hanson and Paul Di Resta in the #22 had a consistent run to the flag, with no problems, crucially scoring the Anglo-American team a highly-valuable Le Mans invite as well as the title. The second-place finish capped off a head-turning season for both Hanson and Di Resta who have proven to be the most consistent crew in the class. 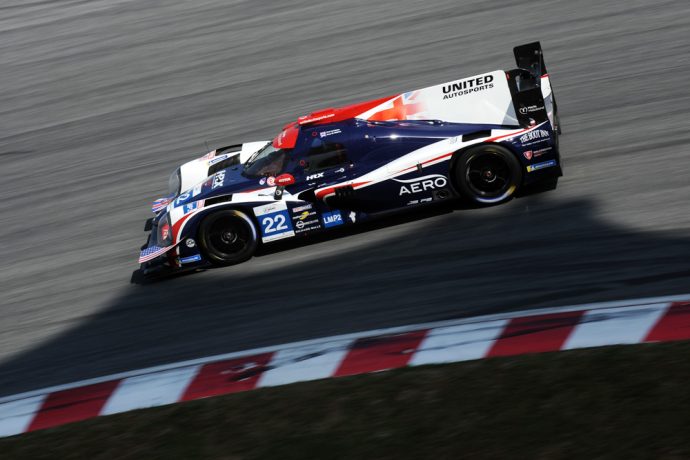 Spirit of Race’s Ligier led from pole, but eventually dropped down the order after a gearbox glitch, a drive-through for a jump start and time spent in the garage for repairs. This left Hanson to take up the top spot for a time, though the first safety car period for the aforementioned Spirit of Race Ligier grinding to a halt briefly allowed Andrea Pizzitola to gain time in the queue after climbing aboard.

Hanson pitted under that safety car so Di Resta could climb in, that dropped them behind the #24. Pizzitola then quickly fought past the Panis Barthez Ligier to take the lead when the race went green and from there, the car held station through Newey’s time in the car all the way to the flag.

“It was a really nice race, a good strategy for the team triple stinting tyres,” Pizzitola said. “Ate did a good job, I just had to stay up front so I could hand it over to Harrison to finish it off.”

A jubilant De Jong, after what was his first Asian Le Mans victory, added: “I only started racing three years ago, and it’s been my goal to win a race in the Asian Le Mans Series! It’s a great feeling.”

Behind the two title contenders, Panis Barthez Competition’s Ligier didn’t have race-winning pace but did finish third after a metronomic run from Matthieu Lahaye, Jean-Baptiste Lahaye and François Hériau.

“There’s an underlying sense of disappointment. But we had a very controlled race at the beginning. We came here to do a job, and that was to win the championship and we’ve come away with that a Le Mans entry,” Hanson said after the race.

“Le Mans is the biggest race in the world, it’s nice to get there, a Le Mans entry is something we’re very happy with!” said United Autosports boss Richard Dean in summary.

Am honours for ARC

LMP2 Am’s title meanwhile, was decided in dramatic fashion. After the title swung between the #23 United Autosports Ligier and the ARC Bratislava JS P2 in the second half of the race, the Slovakian team prevailed. 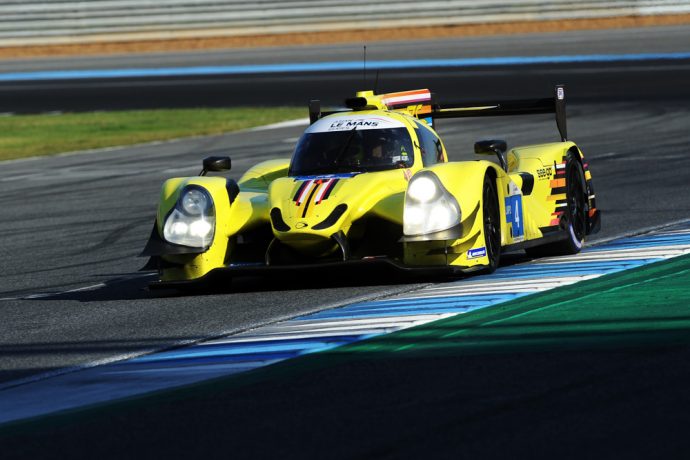 Final hour issues for the #25 Algarve Pro and #23 United Ligiers allowed ARC’s Ligier of Miro Konopka, Darren Burke and Ling Kang through to the lead.

It was a dramatic sequence, promoting the Slovakian-flagged car from third in the class (and at the time from a position which would see them lose out on the title by a single point), to the the top spot after what looked to be a decisive tussle between Burke and APR’s Anders Fjordbach for second place.

Mechanical issues would seal it in the end, however. United lost the win in cruel fashion, and the title and Le Mans entry were handed to the ARC crew.

“It was very hot, very difficult in the last stint as we were down on power so had to make the tyres last two stints and nurse it to the end,” said Burke. “We made sure we got to the end, and because others had problems we didn’t have to push. We got the Le Mans win for the team too!”

It was topsy turvy in LMP3 too, Inter Europol claiming the championship and a richly deserved Le Mans entry with a big win in the season finale. Martin Hippe and Jakub Smiechowski were faultless once again in the #13 Ligier, and while various other teams came in and out of contention during the race, the Polish-flagged JS P3 was always there or thereabouts at the head of the field, eventually crossing the line a lap clear of the other runners. 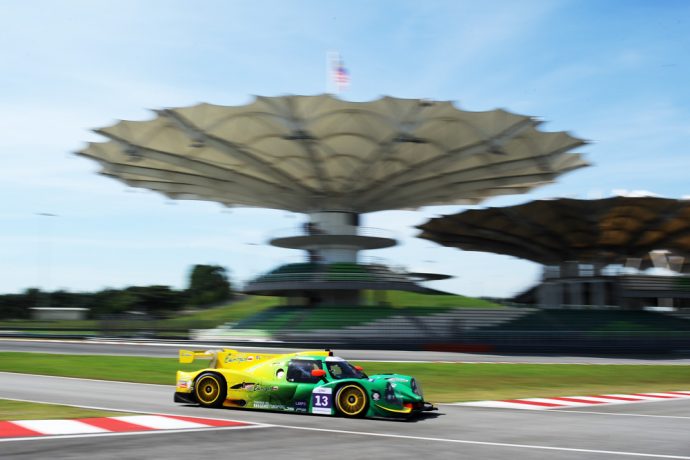 “It was a hot and tough race, but the team did a great job giving us a good car. We’re really happy with this!” Hippe exclaimed.

Second in the class was the #7 Ecurie Ecosse / Nielsen Racing Ligier of Nick Adcock and Christian Olsen, which aside from a late drive-through for overtaking under yellow had a trouble-free run to the flag. A second place finish marked the duo’s first podium and consequently, their best result of the season and another podium for the UK-flagged team.

The #7 finished up just ahead of the #2 United Autosports Ligier JS P3 which missed out on the title, mainly due to an issue during a pit stop which lost Garrett Grist, Wayne Boyd and Chris Buncombe a chunk of time while running in the top two.

Consequently, it resulted in them losing a lap soon after, due to poor luck of their position in the queue under the first of two safety cars in the race, caused by the Spirit of Race Ligier stopping out on track. The trio was unfortunate to have suffered that setback; they recovered well but third place wasn’t enough.

The #79 Ecurie Ecosse Ligier, which also lost the better part of a lap late in the race under a safety car, finished fourth after Colin Noble and Tony Wells looked a safe bet for a podium on pace.

In the GT class, Car Guy dominated, to score a clean sweep of four wins in the season, James Calado, Kei Cozzolino and Takeshi Kimura taking another victory, the title, and of course, an entry to the Le Mans 24 Hours. 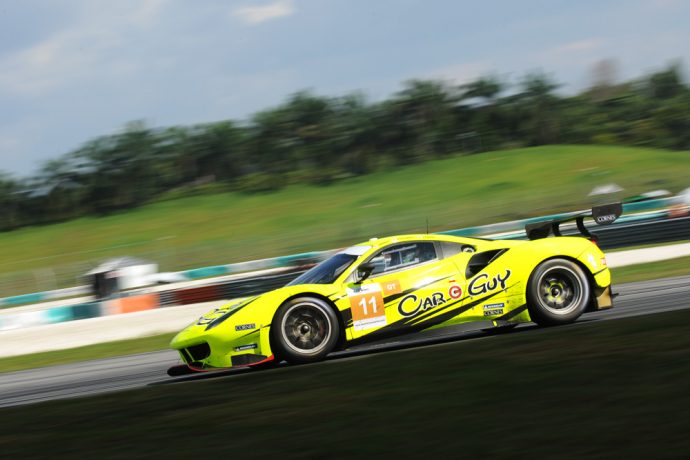 It was no real contest for the win this time, the pole-sitting #88 TSRT Audi led early before fading on pace to second.

The gap between the two cars did close in the second half of the race briefly, aided by a safety car bunching up Calado and Dries Vanthoor, but a costly drive-through penalty for the Belgian for track limits in the closing stages made it a comfortable win for the Japanese team.

The penalty for the #88 also promoted the #51 Spirit of Race Ferrari to second in the class, after a rather quiet outing.

The sister #66 TSRT Audi would have been there to pick up the pieces, but it retired in the second half of the race with a steering issue, which caused what turned out to be a crucial safety car for some of the title contenders.

“Thanks to Ferrari and AF Corse, without them we wouldn’t be here. This is incredible in our first year. We’re going to Le Mans, I can’t believe it, it hasn’t sunk in yet!” Cozzolino said.