After stepping in at the Rolex 24 Hours At Daytona, Christina Nielsen has now been confirmed for the remaining three rounds of the IMSA Michelin Endurance Cup aboard the #57 Heinricher Racing with Meyer Shank Racing Acura NSX GT3 Evo.

That campaign will continue next week with the Mobil 1 Twelve Hours of Sebring and will include the Sahlen’s Six Hours of Watkins Glen and Motul Petit Le Mans.

Nielsen has an outstanding record in the endurance format events which facilitated her 2016 Michelin Endurance Cup Championship along with the GTD Championship that same year.

Nielsen has earned victories at Sebring and Watkins Glen, both in 2016 and has racked up four additional podium finishes at Sebring (2015 & 2017), Watkins Glen (2017) and Petit Le Mans (2016). Nielsen has stood on the Sebring podium three out of the past four years that she has raced there.

The Heinricher Racing all-female #57 Acura kicked off the 2019 season with a strong run at the Rolex 24 Hours At Daytona with Katherine Legge, Bia Figueiredo, Simona De Silvestro and Nielsen. Program leader, Jackie Heinricher, unfortunately, was forced to sit out of the opening round due to a back injury but remains a driving force behind the whole effort.

Nielsen was also understood to have been nominated for the team in their Le Mans entry with an Algarve Pro-Racing assisted LMP2 effort aboard an Oreca 07 Gibson alongside Legge and Figueiredo – the entry though was placed as ninth reserve by the ACO selection committee.

“I am excited to be driving with the Heinricher Racing effort and Meyer Shank Racing for the rest of the Michelin Endurance Cup events,” said Nielsen. “I’ve always known MSR to be a very good team and racing for them only impressed me more with their professional approach to everything, so hopefully we can fight for the (Michelin) Endurance Cup this year.” 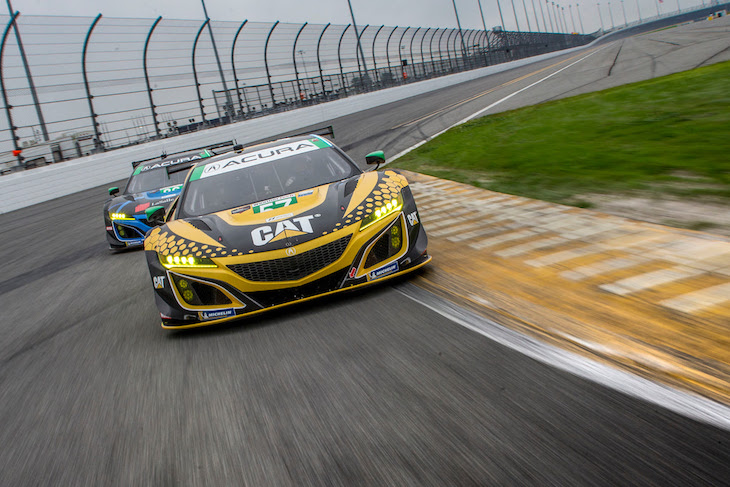 “Having Christina join the Heinricher Racing effort for the Michelin Endurance Cup for the remainder of 2019 season is incredibly exciting,” stated Heinricher. “Christina brings a long list of very accomplished achievements in racing.  This further enforces the deep talent of professional drivers involved with the team and my vision.”

“It’s great to have Christina back on board with us for the long races,” said Mike Shank. “She exceeded our expectations with her performance in the Acura at Daytona, and has an incredible record at the rest of the endurance tracks so she will be a great addition.”