Following the season-opener for the SprintX, East and West series at Circuit of The Americas last weekend, Pirelli GT4 America Sprint competitors are set for their first races of the season on the streets of St. Petersburg.

The newly-named series will race with a 20-car field across two classes on the Floridian streets, with nine different marques represented.

No fewer than seven drivers will fight for overall race honours in a rejuvenated Pro class field that includes some of the sport’s biggest stars.

Newly named McLaren factory driver Michael Cooper will line up in the #10 Blackdog Speed Shop McLaren 570S GT4, with the former series champion and Tony Gaples-owned team making the switch to the British manufacturer for 2019.

PF Racing will have two of its Ford Mustang GT4s on the grid for James Pesek and Jade Buford, also in the team’s first start of the season.

Spencer Pumpelly is another expected title contender, with the Georgian confirmed for a full-season run in the #66 TRG Porsche 718 Cayman GT4 Clubsport, marking a return to top-level sports car racing for the Kevin Buckler-owned operation.

Ferrari and Mercedes have been named as contenders for teh inaguarl Blancpain GT World Challenge title.

The four drivers competing for each Brand on each continent, of whom three must hold a passport from those countries, must include at least one Bronze driver and a maximum of one Platinum driver. The drivers may compete in any of the GT3 categories, either sharing cars or racing for separate teams. The points they score will be multiplied by the number of cars competing in their category, to give a representative total over the season.

BWT Mucke Motorsport will race in ADAC GT this year with five returning drivers from 2018. Stefan Mucke will race alongside a new teammate Nikolaj Rogivue in one (2019 EVO-spec) Audi R8 LMS GT3, Chris Haase and Jeffrey Schmidt will race another and Markus Winkelhock and Mike David Ortmann will race the third car.

“The ADAC GT Masters is getting to be a tougher nut to crack every year,” said team principal Peter Mucke. “You should never underestimate the opposition or set your expectations unrealistically high. It all depends on the circumstances on the day and also on the whim of the racing gods.

“Anyway, we are well prepared and have continuity in our squad of six top drivers, which should of course work to our benefit. We all know each other’s strengths and weaknesses, and everyone is perfectly attuned to each other. Nevertheless, I’m reluctant to make any forecasts because, in the ADAC GT Masters, the outcome depends on the moment.

“Even if we have a first-class car and first-class drivers, we cannot automatically assume that we are going to win. For me, the ADAC GT Masters is the most competitive GT series in the world.”

Callaway Competition will race in ADAC GT with a new driver pairing this year, team regular Marvin Kirchhöfer teaming up with Markus Pommer for the season. 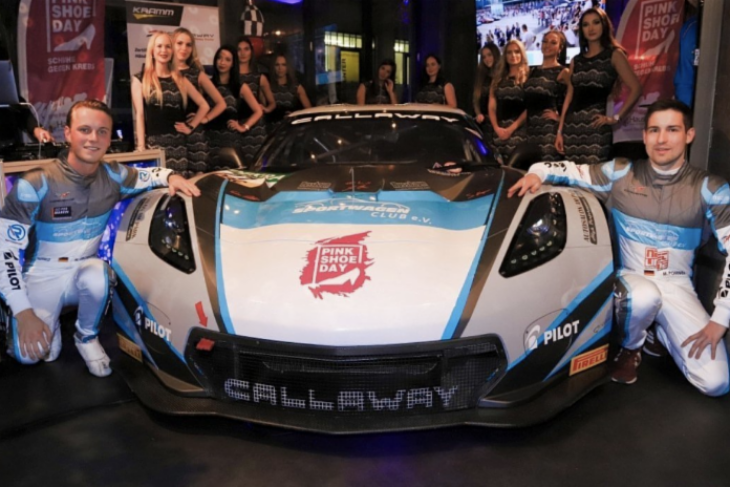 The duo will race one of the team’s extremely successful Corvette C7 GT3-Rs.

Marvin Kirchhöfer first drove for Callaway Competition in 2018 when he and Daniel Keilwitz claimed three victories, more than any other driver pairing in the field. The duo ended the season third in the championship standings.

“Last year, I felt very much at home with Callaway Competition. Unfortunately, we didn’t quite manage to win the title in the end. That’s why I’m very much looking forward to the new season with my new partner and to going all out for the title. It’s a difficult challenge we have set ourselves, but I’m up for it and will be giving it everything I’ve got. I think I have a good partner in Markus and that we will be among the front-runners right from the start. We are both highly motivated.”

Kirchhöfer’s new team-mate, Markus Pommer, won two races in the 2018 Super Sports Car League and was a title contender right up to the season finale at Hockenheim. The 28-year-old from Neckarsulm has now moved to Callaway Competition where he replaces record ADAC GT Masters race winner and former champion Daniel Keilwitz, who leaves the team after nine years.

“My objective in the ADAC GT Masters is to win the title with Marvin,” says Pommer. “Callaway Competition have proved in the past that they are consistently capable of challenging for it. I’ve been in contact with the team for several years now, because they are based only a few kilometers from my home. This year, we’ve succeeded in putting together a mutually agreeable package.”

Vettel to race in ADAC GT 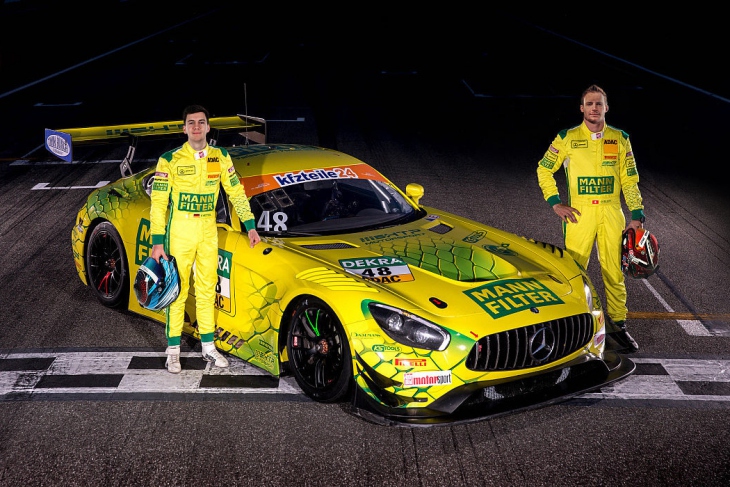 The 20-year-old, who has been competing at a professional level for only the past two years, is seen as a rising talent in the sport. In 2017, Vettel contested the Audi Sport TT Cup, making one podium appearance finish and finishing the campaign in ninth place. Last season, he competed in the Lamborghini Trofeo, gaining valuable experience of driving a high-performance GT car in the 620-horsepower Huracán.

During the season he will rave with 2017 Audi TT Cup champion Philip Ellis.

HTP team boss Norbert Brückner has high hopes for his driver pairing: “In Philip Ellis and Fabian Vettel, we have secured the services of two of the best GT Juniors in the field. Philip has proven that he has what it takes to be up there among the frontrunners in the highly competitive ADAC GT Masters.

“Fabian is embarking on only his third season in motor racing, but he made a big impression on us during the test drives. He is talented, ambitious and eager to learn; he therefore has all the qualities to succeed at the enormously high level of the ADAC GT Masters.”

McLaren Automotive has announced that it will continue its partnership with the British GT Championship through the 2019 season. 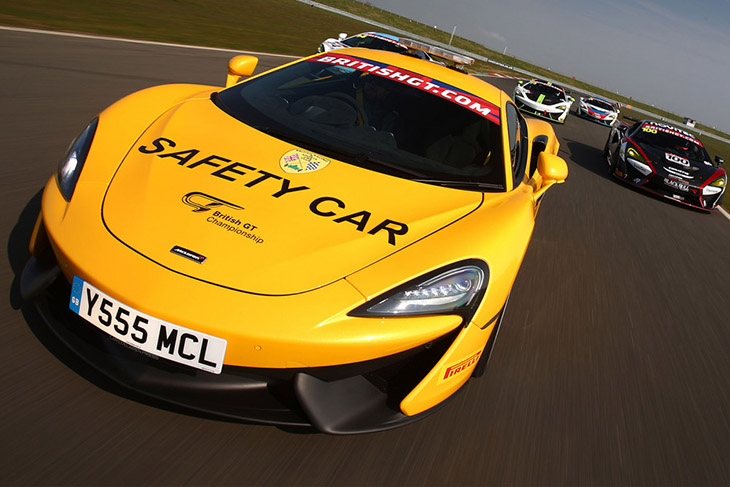 This announcement will see a variety of models from the range of sports and supercars lead the grid through the supply of the Safety Car for the seven-round calendar.

This is the fourth successive season that McLaren Automotive has supported SRO-managed series with the supply of the Safety Car at each of the six UK rounds, plus the one overseas event at the iconic Spa-Francorchamps circuit in Belgium. The role will be filled by various models from the Sports Series, including the 570S Coupe and 570GT and, for the first time, a model from the Super Series will also lead the grid at selected rounds, as the 720S Coupé makes a debut in this critical role, alongside its GT3 sibling.

“We are delighted to confirm the status of McLaren Automotive as British GT’s official Safety Car partner for a fourth consecutive season and to further strengthen the manufacturer’s ties with SRO Motorsports Group,” said Benjamin Franassovici, British GT’s championship manager.

“The championship is going from strength to strength, as evidenced by this year’s record 38-car full-season entry. It is also great to see McLaren Automotive so well represented with six entries, which include the new 720S GT3. We are very proud that a manufacturer of McLaren’s stature has chosen the British GT Championship as the platform to showcase the latest models in its range, including the 720S for the first time.”

G-Cat Racing has taken delivery of its brand new Porsche 911 GT3 R which it will contest the 2019 British GT season with.

Those with an aversion to carbon fibre should look away now: @GcatRacing has taken delivery of its #BritishGT-bound 2019-spec Porsche 911 GT3 R! pic.twitter.com/OJGMBsSaVA

The car, which is the only 911 GT3 R currently entered in the series, will be entered with an amateur line-up of Shamus Jennings and team owner Greg Caton.

DSC understands that another 911 GT3 R may enter British GT later in the season, WPI Motorsport – which is running a GTC class Porsche Cup car – is actively evaluating stepping up into the GT3 ranks later in this year.

Speedcafe reporter Mat Coch has reported that Ken Collier, the manager of Australian GT, has resigned and will feature in one last meeting, the AGT meeting in support of the Australian Grand Prix.

Collier had been at the helm of Aussie GT for seven years before telling Speedcafe that it will play no further part in managing the championship. 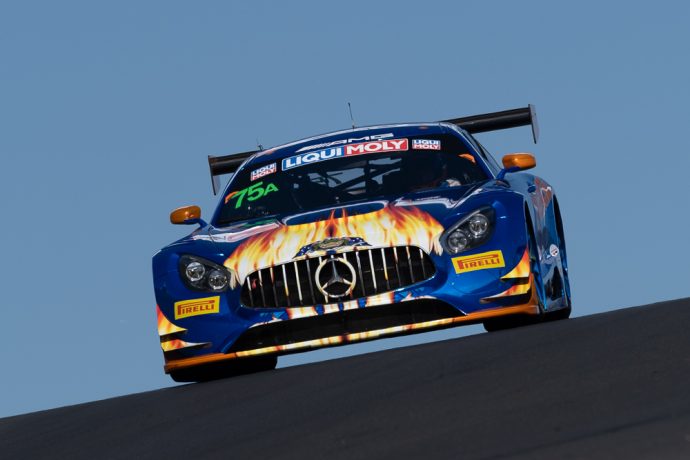 In addition to the F1-supporting meeting at Albert Park, Habul is also expected to appear later in the season at both the Gold Coast and Sandown sprint events alongside Supercars.

There are multiple teams stepping up for big China GT programmes in 2019, with a flurry of announcements coming in the past two weeks. 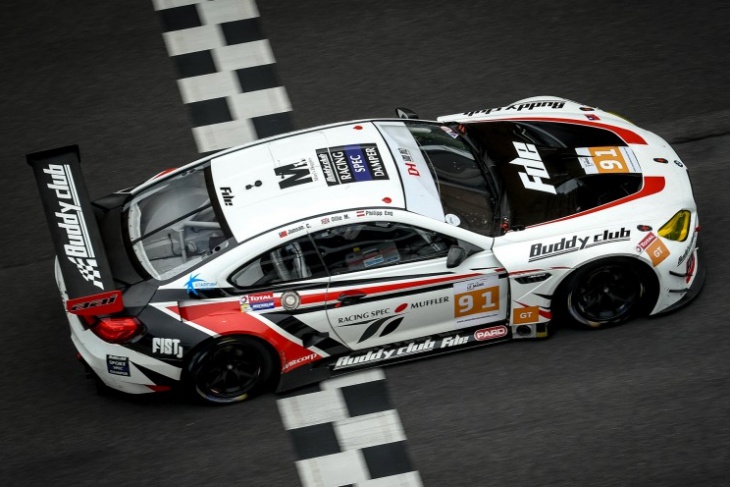 FIST-Team AAI is perhaps the biggest name, the Taiwanese team confirming its effort to race three BMW M6 GT3s and a single M4 GT4 this year. This year will be its second in China GT, the team recieving factory backing from BMW this time around.

Team founder Junsan Chen will be sharing a wheel with newly-named BMW factory driver Nick Yelloly in the #90 BMW M6.

The #91 and #92 sister cars’ cockpits will be shared by Jody Fannin and Betty Chen, and Ivan Lee and Kevin Chen.

The Sepang round will not only mark the race debut for the Porsche 718 Cayman GT4 Clubsport (Type 982) in Asia, but also a first for Porsche in China GT’s GT4 contention.

Team 69 made a one-off appearance in China GT’s concluding round last year in Shanghai with two Porsche 911 Cup cars.

GT4 European Series’ grid is also filling fast, with plenty of faces new and old set to race this season. 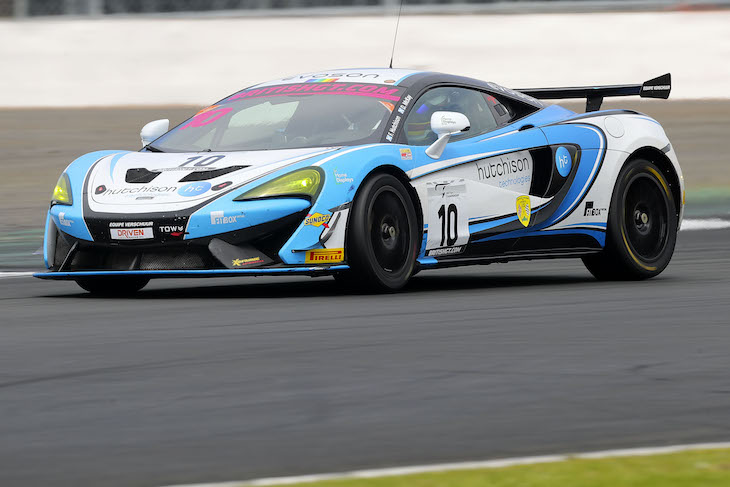 Leipert Motorsport will be returning to the GT4 European Series in 2019 with a pair of Mercedes-AMG GT4 entries.

Having contended the 2018 series with a single Mercedes-AMG GT4, the German team will expand to two cars for the 2019 season.

Both driver pairings will compete in the Silver Cup with the aim of winning the title. To make that possible Leipert has signed Marcus Paverud, Luci Trefz, Jan Kisiel and Max Koebolt.

PROsport Performance meanwhile, has revealed the named of two of the drivers who will campaign the team’s new Aston Martin Vantage GT4s.

As the official race partner of Aston Martin Racing, PROsport Performance will test with the official factory test car at Barcelona next week. Delivery of the new race cars is scheduled for the second half of March.

And lastly, Equipe Verschuur’s 2019 attack has been announced.

Daniel McKay and Benjamin Lessennes have agreed to compete with the team this year in its McLaren 570S GT4. McKay returns for a second season with the team after racing with it in British GT last year (above). Lessens meanwhile, is set to make his GT debut as part of the programme after racing in WTCR last year.