The 2019 Blancpain GT Series season is now underway, the teams looking ahead to the opening round of the season after the traditional two-day test at Paul Ricard last week.

With the sun out and plenty of lots of track time available, the 47 cars that attended managed to log some significant mileage ahead of the season. Fastest of the cars that headed to the annual test was the Honda Racing (Acura badged) Honda NSX GT3 that was driven by Super GT veteran Bertrand Baguette and ex-Audi LMP1 man Marco Bonanomi.

Bonanomi was fastest of the pair, the Italian setting a 1:52.765 at the very end of Thursday’s afternoon session. That time was marginally faster than the #88 AKKA ASP Mercedes which ended with a 1:52.801 from Raffaele Marciello.

Third in the overall times was Maro Engel, who set a 1:52.856 on Wednesday afternoon driving the #4 Black Falcon Mercedes, the German, therefore, the fastest during Day 1. 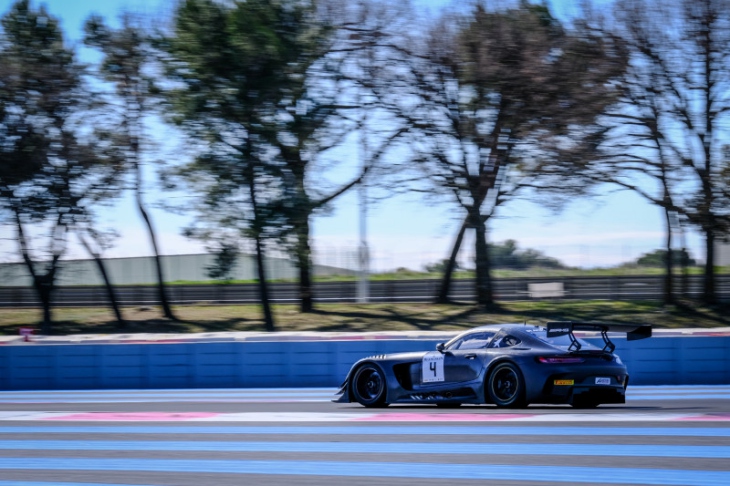 The test was an opportunity for Black Falcon’s near-identical driver squad to get back up to speed ahead of the season.

This year Black Falcon will take on not only the Endurance Cup this year but also World Challenge Europe (formerly the Sprint Cup) for the first time.

Engel will race this year in the Pro class with Luca Stolz, and Buurman, Stolz and Engel the two drivers picked for the sprint races.

The team’s #6 Silver Cup machine will return too, once again tackling Endurance events with Hubert Haupt and Abdulaziz Al Faisal, in search of another class title. They will be joined by Black Falcon newcomer Patrick Assenheimer. The 26-year-old German, a former HTP driver, returns to the Endurance Cup after a year away.

At the test were plenty of teams running brand new GT3 machinery.

Team Parker Racing set fast times with its new Continental GT3, the #31 of Derek Pierce and Seb Morris ending up second in the Afternoon session on Day 1, with a 1:53.331. 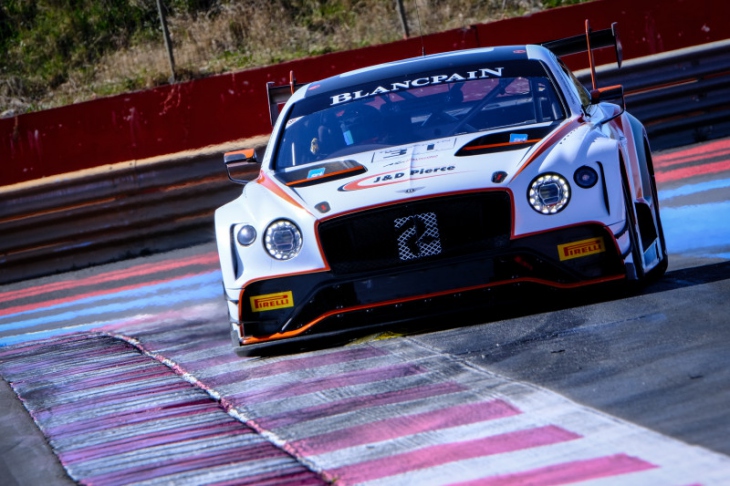 This year the duo will race together in the Endurance Cup, with an unannounced third driver. Rob Smith, former ELMS GTE and Le Mans GTE Am champion, was part of the team’s driving squad at Paul Ricard though, having driven with the British outfit last season.

“We did a good job last year in our first season in Blancpain, we had a couple of podiums and missed out on a couple of wins, to be honest,” said Morris. “We can learn from last year, put that experience into practice and hopefully mount a very strong challenge with the new car. It’s more developed, better on fuel and, generally, an all-around better package so confidence is definitely high.”

There was a brace of new Aston Martin Vantage GT3s running at the test, from Oman Racing, R-Motorsport and Garage 59.

The fastest time from a Vantage GT3 during the test came early on, a 1:53.473 set in the opening session of the two days from Andrew Watson in Garage 59’s #59 example.

That was good enough for fifth overall during that session, marking a strong start for Andrew Kirkaldy’s team in its first public run as an Aston Martin customer team after switching from McLaren during the off season. 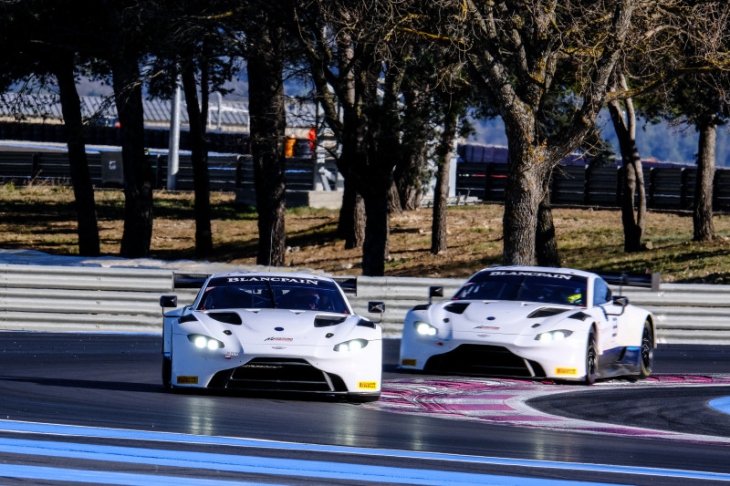 Oman Racing and R-Motorsport also racked up a lot of laps, but neither team challenged the front runners in the times during the test. Not that much should be read into that show of form at this stage.

Following the test Oman Racing (run by TF Sport) announced its 2019 plans, Ahmad Al Harthy back with TF Sport for a third season will race with FIA WEC GTE Am TF teammates Salih Yoluc and Charlie Eastwood in Pro-Am.

“We can’t wait to be back to defend or 2017 Pro-Am title and it’s great to have Salih and Charlie with us,” commented Al Harthy. “We have the new Aston GT3, so we’re excited to be racing this over the season ahead.”

“This is a proven driver line-up and it’s fantastic to have three of our ‘own’ back racing again in the Blancpain Endurance Cup this year,” added team boss Ferrier. “We more than proved we can win at this level in 2017 with both the teams’ and drivers’ titles. Last year wasn’t perfect, but we aim to come back stronger and expect to be competing for victories and with that the Pro-Am championship.”

Among the other teams running new kit was ROWE Racing, testing out its new Porsche 911 GT3 Rs and Team Rocket RJN with its new 2019-spec Honda NSX GT3, as well as a slew of teams testing the Audi R8 LMS EVO and Lamborghini Huracan GT3 EVO. 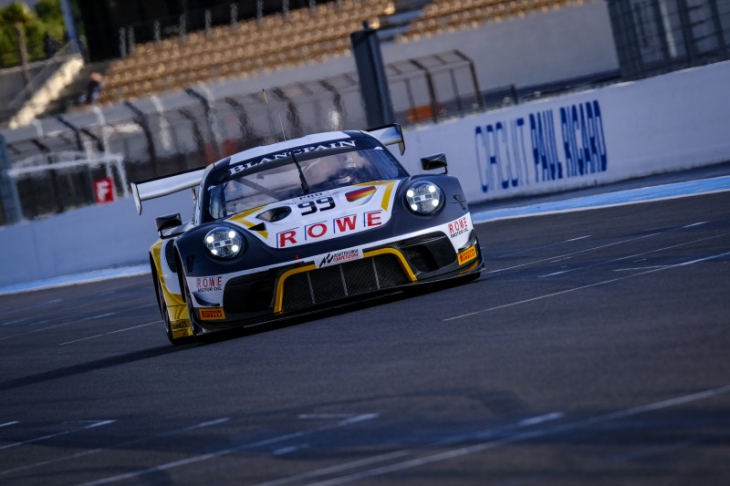 Of those, Dennis Olsen was the fourth and final driver to break the 1:53 barrier during the running, placing the #99 ROWE Porsche fourth in the overall order.

The opening round of the 2019 Blancpain GT season is at Monza and will take place on April 13th.