Included on the entry are a number of drivers looking forward to stepping up to SP9 action when their ‘Ring Permit is in place including KCMG Nissan men Josh Burdon, and Eduardo Liberati. Both are prepping for their planned SP9 Nissan drives later in the season.

Alongside them in a ProSport Cayman is a driver named as ‘Joa Lima de Oliviera’ could that be Joao Paulo de Oliveira? If so it would be the first confirmation of a VLN programme for the long-time and now ex-Nissan factory man! 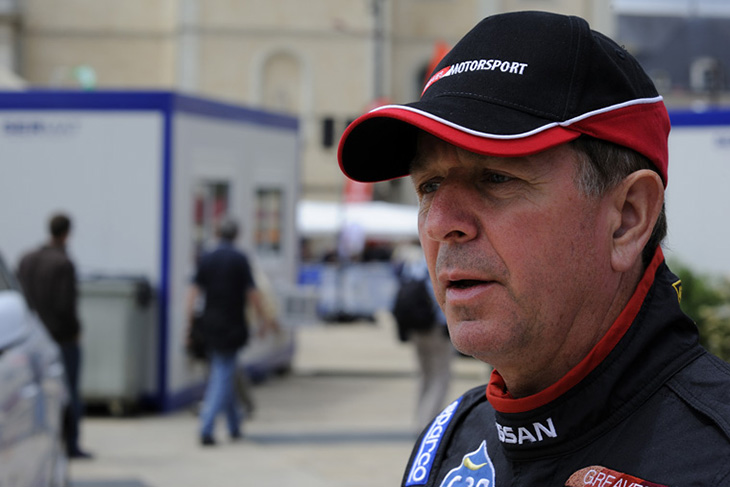 The biggest name on the list of ‘rookies’ though is Martin Brundle (seen above at Le Mans in 2012), the ex-F1 superstar and World Sportscar Champion is undertaking his required permit school practical tests today at the Aston Martin Performance Centre.

If all goes well, he’s entered in a GT4 Vantage alongside Garage59 team co-owner Alexander West for VLN1 ahead of a planned programme later this season!

KCMG have a solo SP9 Nissan GT-R entered with Alex Buncombe joining the team. The Kondo team too enter their Nissan in SP9. 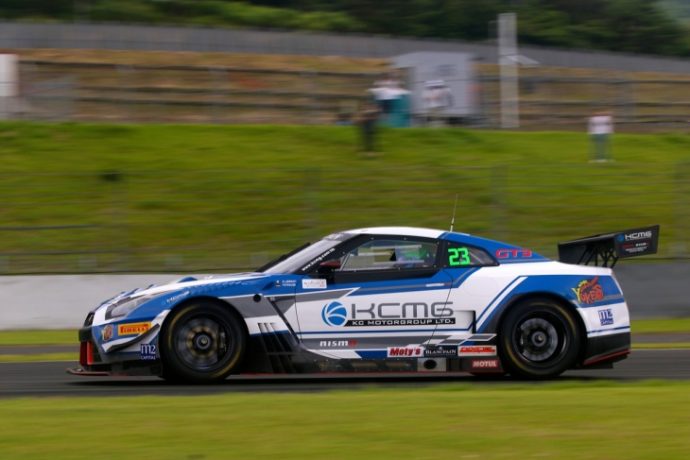 The glory days of Zakspeed came with the Dodge Viper and the famous team return in 2019 with a new Chrysler Viper GT3-R.

Florian Strauss is the first named driver, the team partnering with Dunlop for their 2019 programme in this their 51st year! 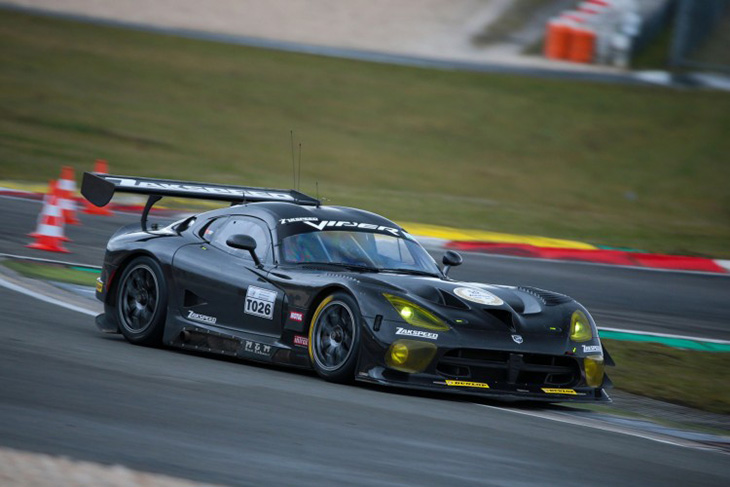 Missing from the entry though are the Ferraris from Wochenspiegel Team Monschau. This is the result of a furore that has gripped the VLN paddock after SP9 (GT3) SP-X and SP-Pro power levels were slashed by c.5% just days before the start of the season after pressure was exerted by the FIA onto German sanctioning body DMSB.

That equates to c.25-30 bhp for the SP9 cars and several well-established teams are very unhappy about both the measure and its timing.

The Rinaldi racing-run Ferrari SP9 team, and long-time VLN and N24 stalwarts Team Frikadelli are very unhappy indeed both that the measure has been introduced, despite safety changes made to the Nordschleife, and that the measure is not an ‘across the board’ shift for all classes.

The BoP for the affected classes was changed in time for the Test Day last weekend. Teams observed that the straight-line speed for the GT3-spec cars could now be down on those for other classes, including the unaffected TCR, SP8 and SP7 cars on the Döttinger Höhe and elsewhere with subsequent pressure for the more aerodynamically effective GT3s to make up more track position in riskier areas under braking or through the corners.

Wochenspiegel Team Monschau has withdrawn already, citing the new BoP directly and working on a late entry into other races (potentially including 24H Series and the IGTC rounds at Spa and Kyalami).

A statement from the team states:

Frikadelli meanwhile has stated that they will withdraw after the Nurburgring 24 Hours this year if the situation is not addressed. 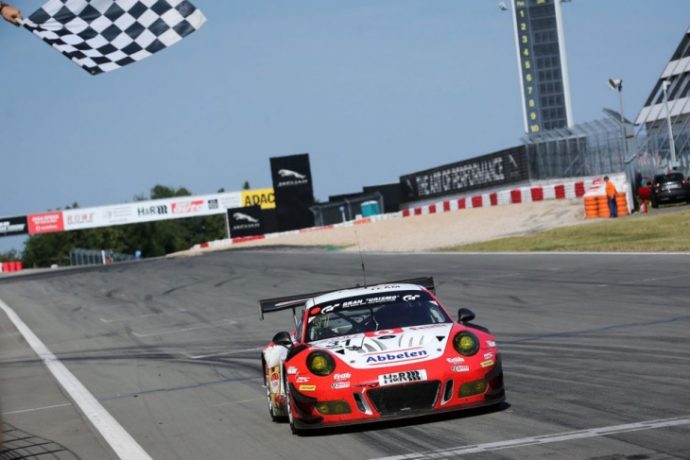 Walkenhorst Racing driver David Pittard states in a blog win his website that the move, at least in part, can be justified by resurfacing work undertaken over the winter on the circuit, meaning that lap times are likely to be quicker this year, “closer to the 7:49.999 barrier which my teammate Christian Krognes got closer to at VLN9 Qualifying in 2018 completing the VLN layout in the Walkenhorst BMW M6 GT3 in 7:52.578.

“The most challenging race track in the world will become more challenging,” he continued. “As drivers push their new machines harder and faster and with the old school nature of the circuit, the risk of an accident will naturally increase for all cars and drivers.” 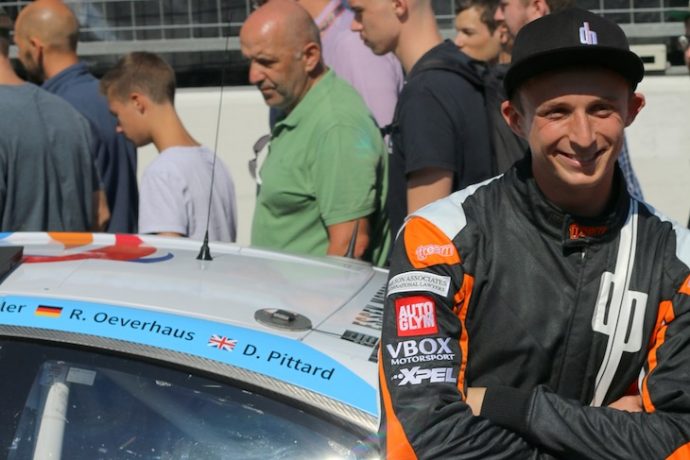 Pittard adds though that, “by reducing the power of the fastest car classes, it will stop the headline classes being as fast. However by reducing the power of just 1 class, only reduces the risk of (an average) of 25 cars in the SP9 class. All the other car classes are still going faster and therefore increasing their risk, and then add in more overtaking due to the lower class cars now overtaking SP9 cars, surely the risk goes up even more for the remaining 125 cars in the VLN races?”

The TCR class will feature a Dunlop spec tyre choice in this season’s VLN alongside the newly upgraded BMW 240i Racing Cup.

The GT4 class meanwhile has moved to an open tyre competition but several of the leading players have opted for Dunlops including Sorg Racing and Ring Racing.

The all-conquering SP8 Ferrari 458 that whitewashed the field in 2018 in class sticks with Dunlop too. 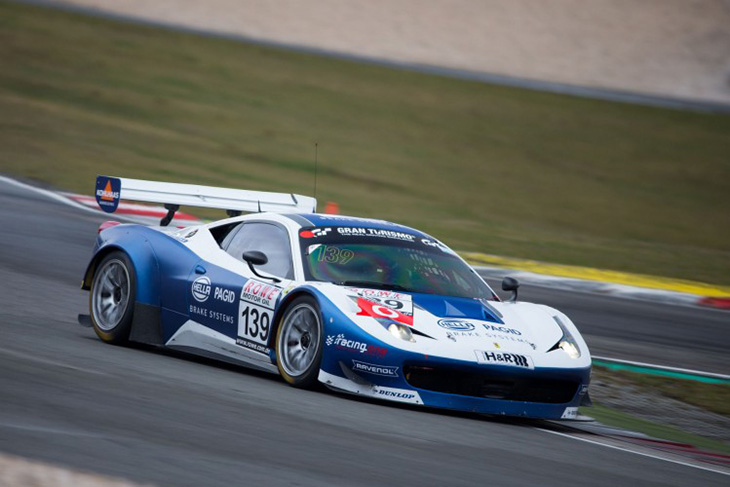 Once again the live video stream of the VLN will be available this season on DSC, with commentary from Radio Show Limited.