The team will again field multi-car efforts in both the Blancpain Endurance Cup and the sprint format World Challenge Europe. 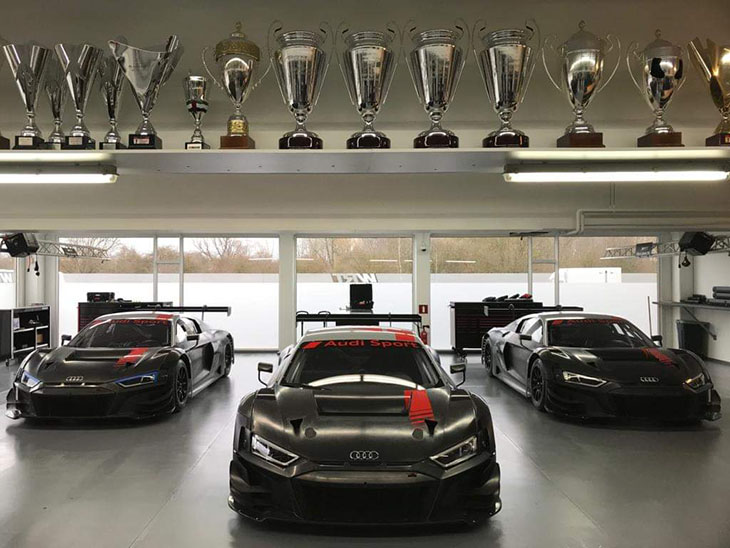 In the World Challenge Europe the team fields a quartet of cars, Vanthoor and Perez Companc will again join forces whilst Weerts, Breukers and Davies will also compete, albeit all with different team-mates in the Sprint races, Weerts joined by Audi factory man Chris Mies, Breukers by Oscar Tunjo and Davies by McLaren Autosport Young Driver winner, 17-year-old Tom Gamble, the youngster making a highly unusual choice of a GT route forwards in the wake of an award that has previously seen the winners plough a single seater furrow.

The team has also confirmed their line up aboard the #10 Audi for next weekend’s California 8 Hours at Laguna Seca, Round 2 of the 2019 IGTC where Christopher Haase and Dries Vanthoor will be joined by Frédéric Vervisch.

Team WRT will be also involved in three events of the VLN with a car for François Perrodo, Mathieu Vaxivière and Emmanuel Collard.

An Audi R8 LMS will also be entered in the 12 Hours of Spa for Stanislav Minsky-Steijn Schothorst-Marco Seefried.

Vincent Vosse: “We have had so much success in GT3 that when we “only” win one or two series, as it happened in 2018, it felt almost like a disaster for the entire team… I like this attitude! It means that we still want to win as much as we can and that motivation is high. For 2019, we’ll start from there, with a team that has been renewed significantly and has clear ambitions.”