After the start of the season saw two-time IMSA Champion Christina Nielsen without a full season drive this morning sees a third season deal finalised as Nielsen becomes the first woman ever to contest Blancpain GT World Challenge Asia’s GT3 class with the Dane partnering Darryl O’Young in the second of Craft-Bamboo Racing’s Mercedes-AMGs.

Following hot on the heel of announcements confirming Christina’s place in the #57 CAT-sponsored Meyer Shank Racing Acura NSX GT3 for the IMSA enduro races, and confirmation of a deal for the remainder of the IGTC in a Strakka Racing AMG she joins a Craft-Bamboo squad entering its first season with Mercedes-AMG after spending the previous two campaigning Porsches in Asia’s biggest multi-manufacturer GT championship. 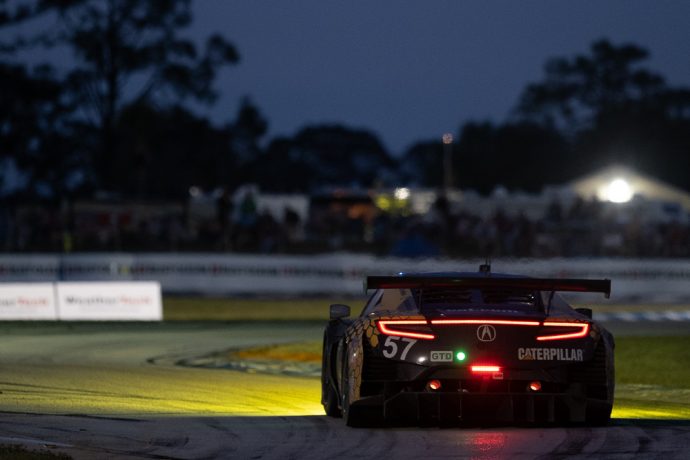 The 27-year-old tested with Mercedes-AMG’s Official Performance Team at Sepang last week ahead of the opening round at the same venue on April 6/7.

She raced the same model, incidentally against Craft-Bamboo, at the Bathurst 12 Hour in February and will do so again at the California 8 Hours the weekend before travelling to Malaysia.

“Craft-Bamboo is definitely a big name in international motorsport,” she said. “They have been quite successful in the past, and I really got to see their professionalism first hand during pre-season testing at Sepang and it was a great first impression. I see them as a very structured and high-performing team, which is something I value and appreciate.

“The various Blancpain GT World Challenge series organised by SRO is a great format and will be highly competitive and I’m excited also to be racing with Darryl; he’s a strong performer and I only have positive things to say about this new adventure. Big thanks to Mercedes-AMG and Craft-Bamboo Racing for putting their trust in me and giving me this opportunity, and I’m looking forward to getting the racing underway!”

She’s joined for the full season by 2015 GT Asia champion O’Young who has raced for Craft-Bamboo in the championship previously known as Blancpain GT Series Asia since its inception in 2017.

“It’s fantastic to have such a high-quality driver joining the team, and I really look forward to working with Christina this year,” he said. “After completing my first laps in the Mercedes-AMG GT3 during testing earlier this week, I was very impressed; the car was quick straight out of the box and we were able to achieve fast lap times and consistent race pace.

“I know what it takes to win in this championship; the level of competition is very high, but I’m confident that we will work hard and fight in every race and hopefully at the end, come out on top!”