The #912 Team Manthey Porsche 911 GT3 R of Patrick Pilet and Fred Makowiecki was passed on the final lap of a weather delay-shortened VLN1 to see victory go to the #99 Rowe Racing BMW M6 GT3 of John Edwards, Nick Catsburg, and Marco Wittmann.

The BMW win came after almost complete dominance of proceedings from the #98 Rowe Racing BMW M6 GT3 of Mikkel Jensen, Tom Blomqvist and Connor De Phillippi, pulling away at the start from pole position and seldom looking challenged thereafter in what would be a race timed for 2 Hours and 45 minutes after heavy fog delayed qualifying and left the VLN unable to squeeze the 4 hours planned race time in before the 18:05 track curfew. 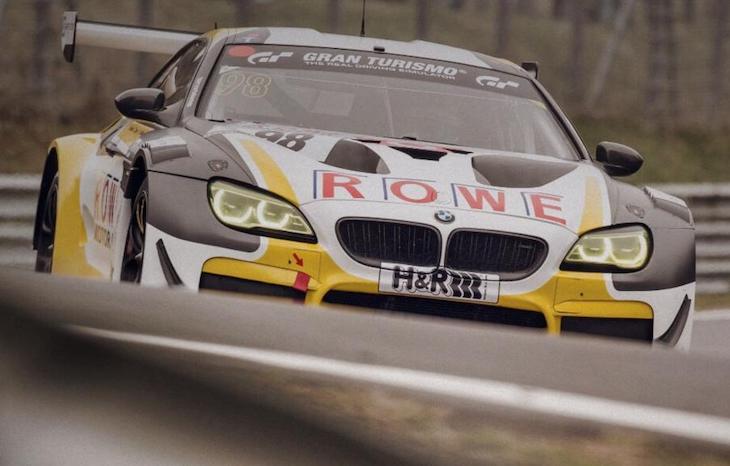 The final fuel stops though saw the Porsche close in, passing the #98, and then the short-fuelled #99 (by then in the hands of John Edwards) to grab the lead with under 20 minutes to run on the race clock, but with the 18:05 track curfew looming! Jensen meanwhile seemed to be struggling for pace in the previously dominant #98. 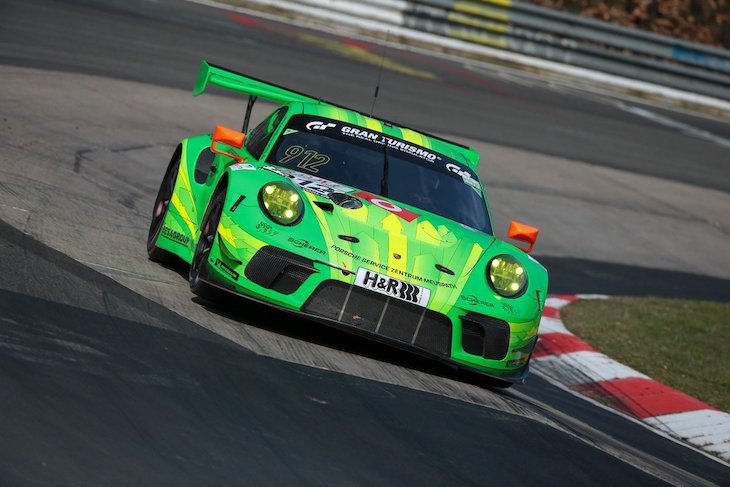 On the penultimate lap though John Edwards in the #99 dragged back all of the time lost, nose to tail with the leader and then emerging back in the lead to come home 5.5 seconds ahead to take the win.

The very early running had seen the #98 BMW pull away from a battle between the #7 Konrad Lamborghini Huracan GT3, Marco Mapelli fending off an early charge from Klaus Bachler after the Austrian had a lightning start, up from 8th on the grid to run third before the end of the Grand Prix loop!

Thereafter the Lamborghini and Falken Porsche would drop back, until the final laps of the race!

The first pit stops would see the #48 MANN-FILTER Team HTP Motorsport AMG GT3, in the hands of Raffaele Marciello, move into contention, again though the BMW, by now driven by Blomqvist, was able to manage a lead that had grown to 20 seconds before the stops.

By then three SP9 cars were out of the race after a first lap clash between Earl Bamber in the #911 Manthey Porsche 911 GT3 R, tagging the rear of the #23 Get Speed AMG of Fabian Schiller, pitched the Mercedes into the path of the luckless #6 Black Falcon AMG, the AMGs were out on the spot, Bamber back to the garage for attention and then retirement too!

The #41 Glickenhaus was another car in trouble on Lap 1, Felipe Fernandez-Laser turned around and losing a minute in recovery. The newly re-liveried SCG 003C would come home 14th.

Klaus Bachler meanwhile had got back aboard the Falken Porsche and moved up from 8th to 5th on the penultimate lap with an 8:13, the Porsche storming along, attempting to hunt down Markus Winkelhock for 4th. Winkelhock though needed to pit for fuel, Bachler up into 4th, 15 seconds back from the #98.

Also fighting right to the line was the #48 AMG, Christian Hohenadel trying, but failing, to fend off the attentions of Matthieu Jaminet, the #31 Frikadelli Porsche grabbing 5th position on the final lap with Frank Stippler in the #5 Audi also getting by Hohenadel.

SP9 Pro-Am was won by the #35 Walkenhorst BMW M6 GT3 of Rudi Adams, Immanuel Vinke and Jody Fannin, 12th overall from the 167 cars that formed up for the start.