International GT Open Testing last week saw Emil Frey Racing and Ombra Racing with their Evo versions of the Lamborghini Huracan, Antonelli Motorsport with its Mercedes AMG, and new entry Tempesta Racing, with its Ferrari 488 out at Monza. 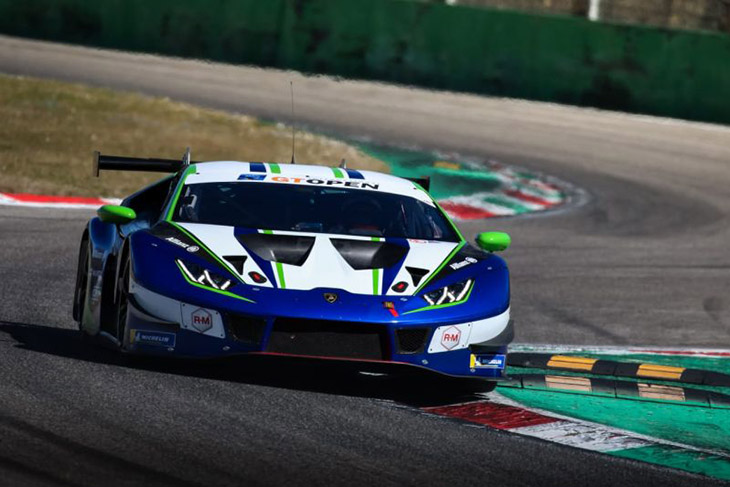 Optimum Motorsport Meanwhile revealed the colour scheme (Top) on their new Aston Martin Vantage GT3 that will see service both in GT Open and the British GT Championship this season.

WRT has revealed the liveries for their fleet of Audi R8 LMS Evos for the 2019 season. 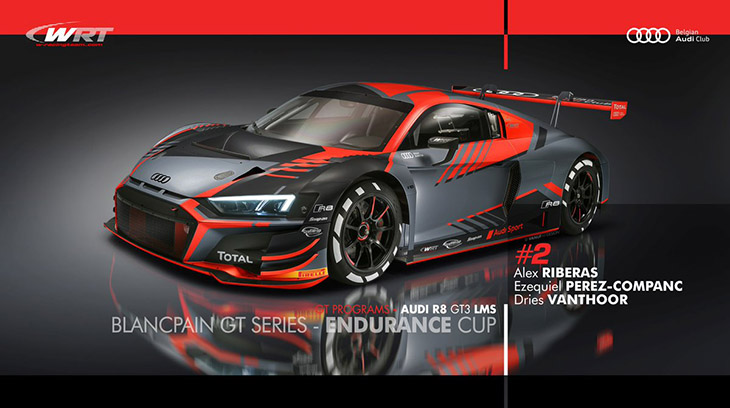 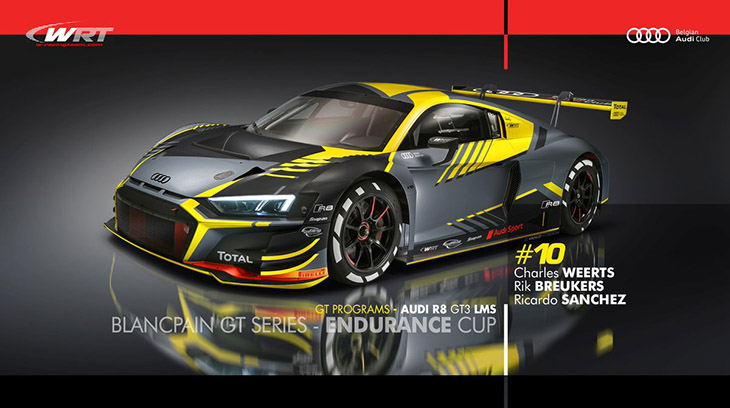 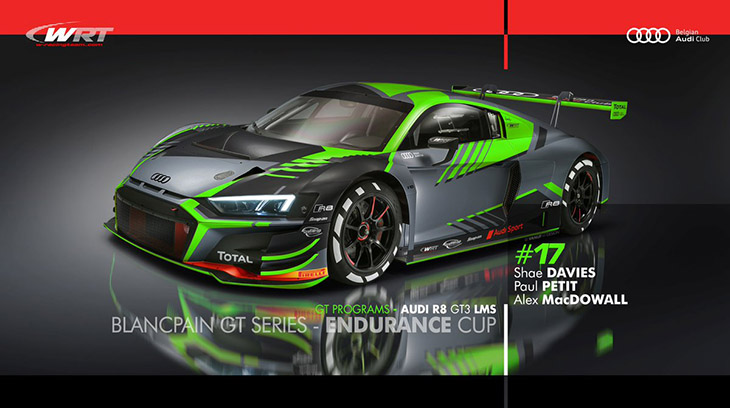 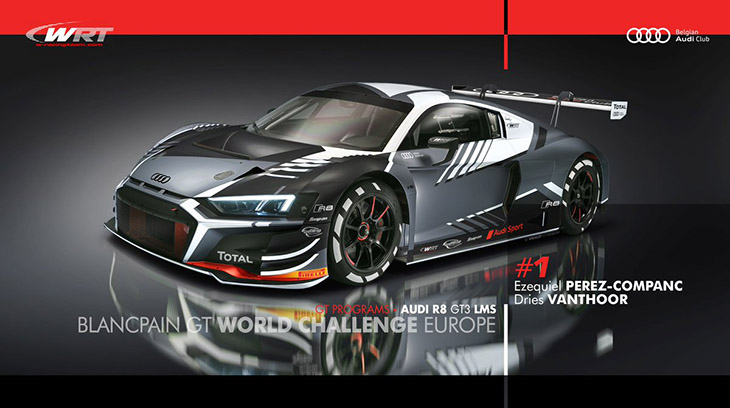 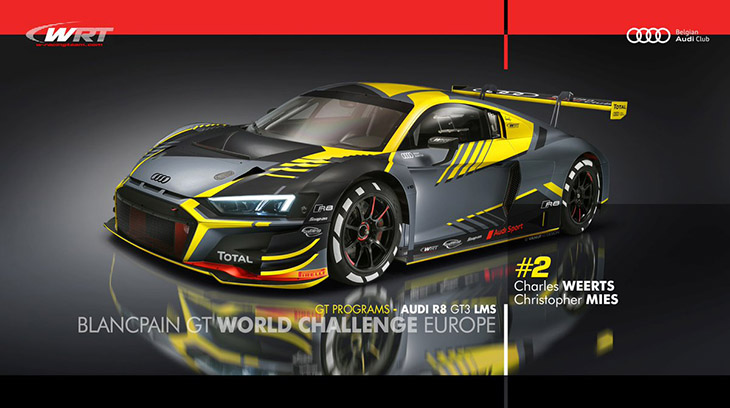 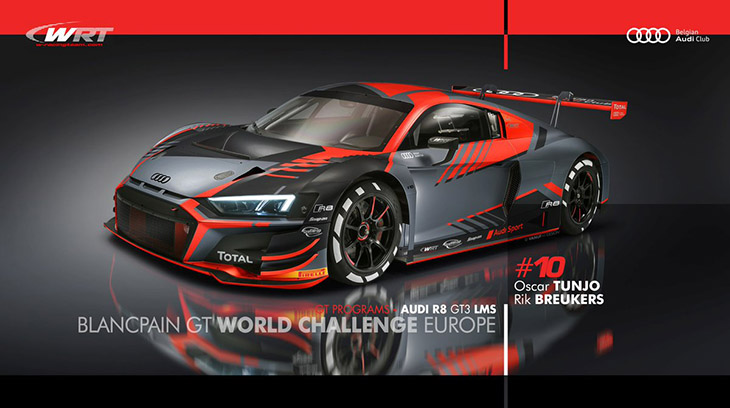 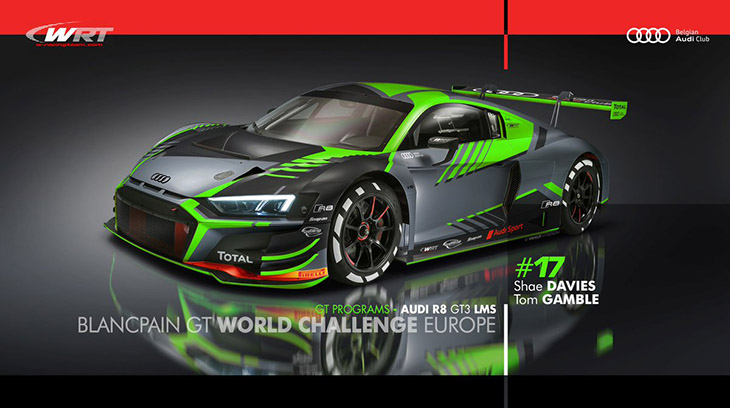 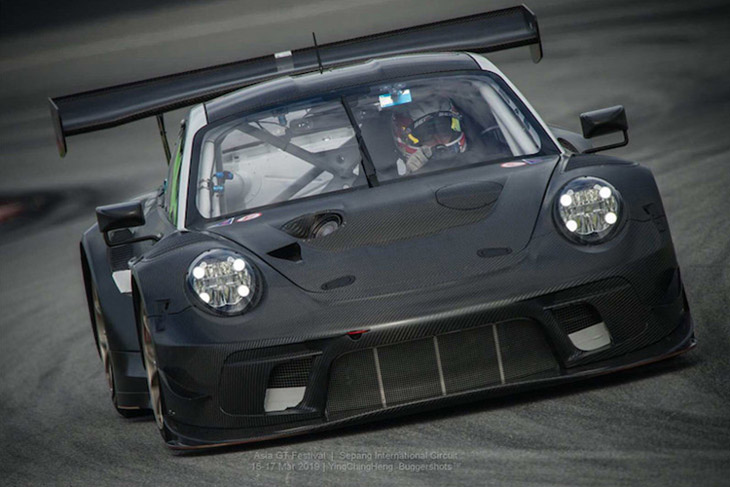 One of the team’s original founders and Carrera Cup Asia drivers, John Shen, is joined by former FIA WEC and ELMS champion Mathias Beche, who also partnered Shen when Modena Motorsports contested the 24H Series round at Imola with a SEAT Leon TCR in 2018.

Meanwhile, its Am Cup entry also comprises plenty of Modena Motorsports history. Francis Tjia founded the team in 2005 and has competed in a variety of series, primarily aboard Porsches, ever since. His co-driver remains unannounced but is expected to come from within Modena’s ranks.

The team’s two 911 GT3 Rs are also confirmed for round two at Buriram, albeit with a slightly revised Pro-Am line-up featuring Shen and Benny Simonsen, who has raced Modena-run entries in the Asian Le Mans Series, 24H Series and Porsche Carrera Cup Asia. The Dane’s late brother, Allan, previously helped Shen and Tjia develop the team’s motorsport activities in 2007.

“Modena’s links with Blancpain GT World Challenge Asia’s management team go right back to its first motorsport programme in the Hong Kong Supercar Club, which I guess underlines how quickly motorsport has evolved in the region,” said Shen, who joined the team in 2006. “We have competed in the region’s biggest championships and events so know what to expect. However, there’s no doubting the quality of our opposition across the overall, Pro-Am and Am Cup classes.

“We are ambitious and see Blancpain GT World Challenge Asia as a springboard towards future international programmes. The championship’s BoP, common regulations and Pirelli tyres make it the perfect platform from which to start that journey.”

Porsche has named an unchanged driver line-up for next weekend’s California 8 Hours where two of its American customer teams, Wright Motorsports and Park Place Motorsports, will run the new-for-2019 911 GT3 R as official Intercontinental GT Challenge Powered by Pirelli entries. 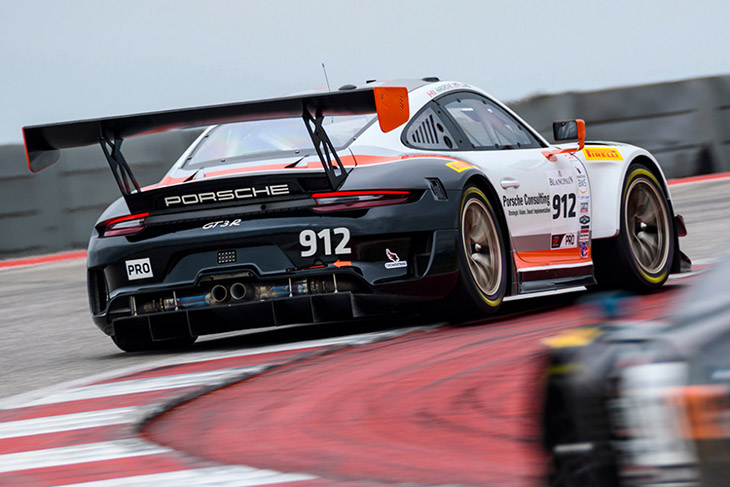 Matt Campbell, Dirk Werner and Dennis Olsen gave the previous-generation car a fitting send-off during the season-opening Liqui-Moly Bathurst 12 Hour by claiming Porsche’s maiden IGTC victory with another customer team, Earl Bamber Motorsport. Now the trio is back to defend their Drivers’ Championship lead with one of the German manufacturer’s Blancpain GT World Challenge America squads, Wright Motorsports, who also contested the California 8 Hours in 2017 and ’18. Indeed, the team and Werner finished fourth together last season.

The move also ensures the top-two crews in this year’s Drivers’ standings will renew their title scrap next weekend. Maxi Buhk, Maxi Goetz and Raffaele Marciello are seven points adrift of Porsche’s #912 squad with four races remaining in the world’s only global GT3 championship.

Olsen is the only member of Wright Motorsports’ crew yet to race at WeatherTech Raceway Laguna Seca. That’s something he can’t wait to put right next weekend.

“I’ve never driven at Laguna Seca, so I’m very much looking forward to it,’ said the Norwegian. “The course is awesome, with barely any run-off zones, significant elevation differences and legendary turns like the Corkscrew. As a racing driver, you’ve simply gotta love it. I know the Wright Motorsports squad and I’m certain that our car will be really fast.”

Meanwhile, Park Place Motorsports makes its #IntGTC debut at Laguna Seca after claiming IMSA class podium finishes there for the past five seasons. Romain Dumas switches from Wright Motorsports, with whom he has competed at the last two editions, to again join fellow factory ace Sven Muller and Porsche Young Professional Mathieu Jaminet. The trio were also victory contenders at Bathurst before a mechanical issue ended their challenge.

Park Place Motorsports team principal Patrick Lindsey is delighted to be officially representing Porsche at such a prestigious event.

“First, I need to say that I am very honoured to have Porsche’s support in our first IntGTC race,” he said. “Events such as this one, with teams you don’t usually get to compete against, are always fun. It gives you a new test and a new way to measure how you’re doing. I think we have an advantage going into the race because of our history of success at Laguna Seca. Porsche has given us a talented lineup that can win; it’s just up to our guys to give them the right tool. Our team’s been on the road for a month now, but I think we all understand the importance of this event and have a strong will to win it for Porsche.”

Victory and a DNF at the opening round sees Porsche trail Mercedes-AMG by eight points in the Manufacturers’ standings ahead of the California 8 Hours. Both are joined at Laguna Seca by fellow full-season entrants Audi, Bentley, BMW, Ferrari, Honda and Nissan.