The replacement of the 1991 vintage main pit grandstand complex at Le Mans in time for the centenary of the Le Mans 24 Hours in 2023 looks likely to prompt very serious consideration of a further expansion of the maximum grid for the Le Mans 24 Hours.

The current core building, completed in time for the 1991 running of the race has 46 pit garages, rather cramped by modern international standards with an additional pair of garages completed soon afterwards at pit-out giving a maximum entry of 48. 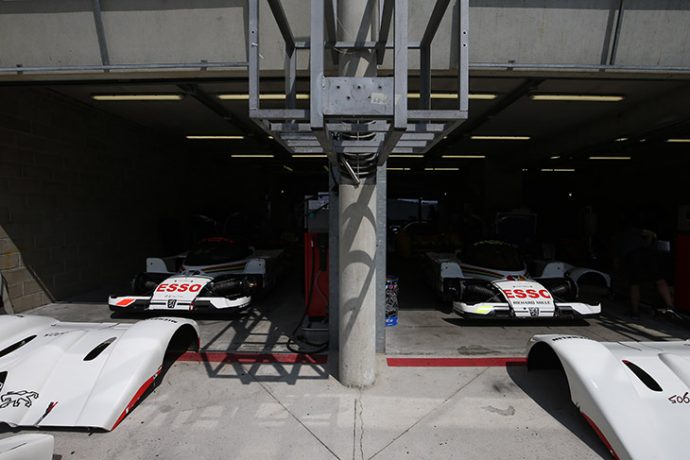 That total increased by two in 2002 when the makers of the Michel Vaillant movie funded the construction of two garages in an extension of the ‘granny annexe’ towards pit out, the maximum entry then up to 50 cars.

The next expansion came in 2006/2007, the four granny annexe garages demolished in time for the 2007 race and replaced by a new complex of nine more permanent and substantial structures, the entry was up to 55. 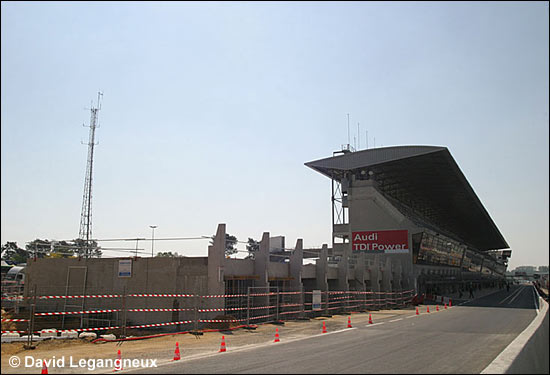 2010 saw the (very) late addition of a further garage into the previous gap between the main building and the ‘annexe’ (below), the maximum entry was up to 56. 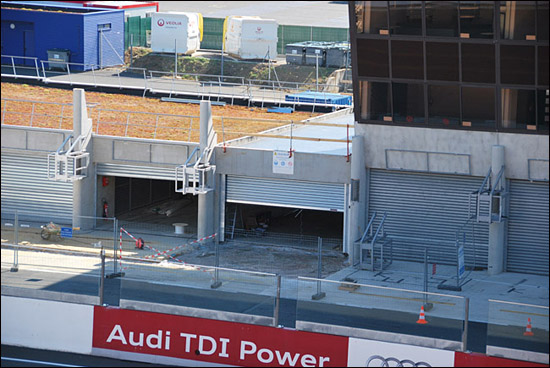 2016 then saw the additional 4 garages added (below), giving the current total of 60.   Whilst recent times have seen as few as 62 entries filed for Le Mans, a total of up to or above 70 is rather more regular with the ACO’s group of continental Series in Europe and Asia, and a strong IMSA Series with plenty of relevant machinery, providing further confidence in future planning.

And whilst the growth of ‘auto’ entries in recent years has been criticised by some, the reality is that, for the most part, these initiatives have encouraged growth and development in key categories in the ACO ‘family’.

When pressed during a Sebring press briefing on whether a review of auto entries might be considered, ACO President Pierre Fillon answered instead: “Perhaps we have to build more garages!” He then agreed with the DSC Editor’s assertion that planning for the new pits complex would provide the opportunity for the ACO to actively think about expansion.

Sporting Director Vincent Beaumesnil also referenced a potential increase in the maximum grid in his comments, a clear indication that the measure is already under active discussion.

The circuit license would certainly allow a further boost in numbers, the ACO homologate the track to their maximum entry number, and it is openly acknowledged that on that from there is significant ‘wriggle room’ for the future.