Helio Castroneves in the #7 Acura Team Penske ARX-05 DPi qualified on pole with a 1:11.332, setting a new track record for the Long Beach Circuit.

“Let’s go right now, we have lights, let’s just keep going! It was a great job for Team Penske, Acura as well, now we have to make it happen tomorrow. The car was on rails, it was really good.” Said the exuberant Castroneves after stepping out of the car. 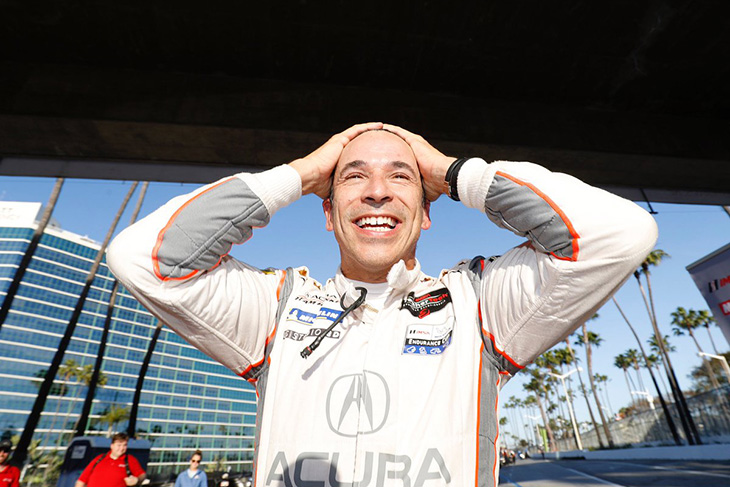 Rolling off next to the #7 Acura will be the #31 Whelen Engineering Cadillac DPi-V.R. thanks to the efforts of Felipe Nasr. The Brazilian had been holding onto pole position with his 1:11.550 until Castroneves bested it late in the session.

Juan Pablo Montoya, who was on pole for this race last year, put the #6 Acura Team Penske ARX-05 on third with a 1:11.847. That is a lap time that was roughly three seconds quicker than his pole time last year, but only good enough for third this time around.

The #55 Mazda RT-24P took a trip into the barriers on the exit of Turn 6 when Jonathon Bomarito clipped the inside wall that marks the apex of the turn. There was only minor front damage and Bomarito was able to get the car back to the pits. The #55 Mazda will start from fifth, with the sister car in the #77 Mazda RT-24P set to start alongside them in sixth.

Jordan Taylor qualified the #10 Wayne Taylor Racing Cadillac DPi-V.R. in seventh position after a 1:12.312. This, after Taylor, underwent emergency surgery to remove his appendix on Monday while vacationing in Hawaii.

Taylor wrote on Instagram, “A huge thank you to the awesome nurses, doctors, and surgeons a Straub Medical Center for taking care of me while I was there. I was able to do some laps this morning in Long Beach and have been cleared to race this weekend.”

The #54 CORE Autosport Nissan DPi qualified last in DPi with a time of 1:13.389, but did so with Jon Bennett on board. It appears CORE Autosport is set to run its usual sprint race strategy of starting Bennett, before handing over to Colin Braun once Bennett has completed his minimum drive time. 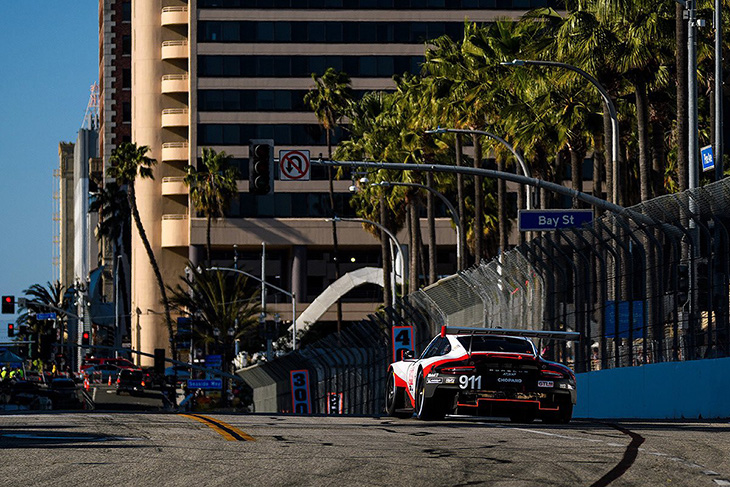 In GT Le Mans, Porsche locked out the front row of the gird with the #911 Porsche 911 RSR of Nick Tandy snagging the top spot. Tandy set a 1:16.313 on his seventh of ten laps around the Long Beach street circuit. 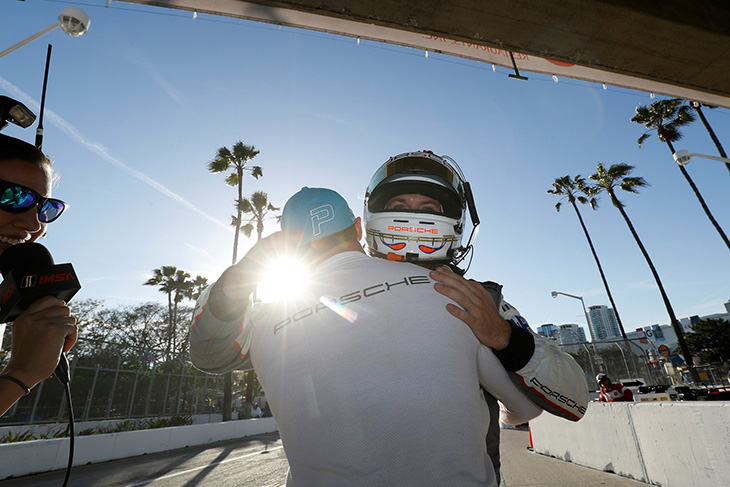 Sebastian Bourdais, who is filling in for a flu-plagued Joey Hand this week, ran a 1:16.662 in the #66 Ford GT to go fourth quickest. That was an especially good result considering that car lost roughly a minute in the pits during the session.

Bourdais had parked too close to the Acura DPi parked in front of them after an out-lap. The team would have had to forfeit its times in the session if it touched the car to roll it backwards. The Penske team thus stepped into to help, pushing their Acura forward to give Bourdais room to exit.

It was a disappointing session for BMW Team RLL, as its #25 M8 GTE, and #24 M8 GTE will start the race seventh, and eighth respectfully. Tom Blomqvist, who qualified the #25, set a best lap time of 1:17.021. Blomqvist completed just seven laps during the session, the lowest of any of the GTLM runners.