The 2019 British GT Championship gets underway this weekend at Oulton Park.

A 35-strong entry list comprising 13 GT3s, 21 GT4s and one GTC will take on the now traditional Easter weekend challenge of a pair of hour-long races on Easter Monday with qualifying on Saturday.

Whilst the G-Cat Porsche 911 GT3.R is a no-show after unforeseen delays there are still plenty of new additions to the Championship to savour.

Aston Martin, Bentley, Lamborghini and McLaren all bring new cars to the Championship and BMW’s M6 GT3 also makes its series debut at Oulton alongside the returning Mercedes-AMG GT3.

Reigning champion Jonny Adam has switched from Optimum Motorsport to TF Sport in pursuit of a record-extending fourth Drivers’ crown. He’s paired with Graham Davidson, whose pace throughout 2018 makes this crew one of the pre-season favourites. 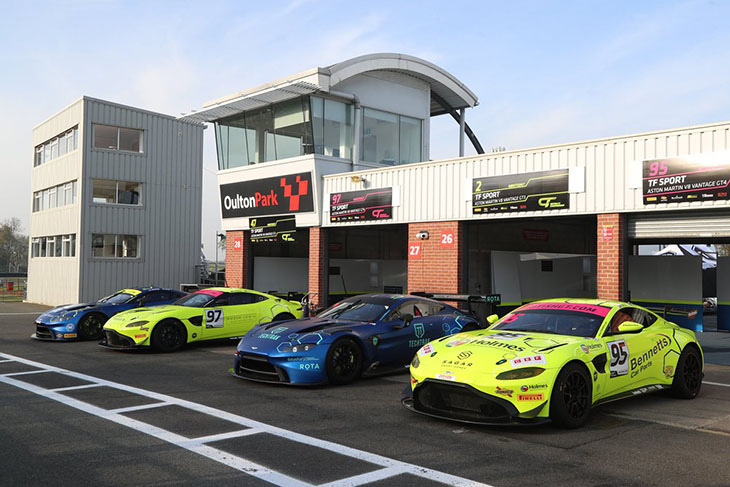 On the other side of TF Sport’s garage Mark Farmer and Nicki Thiim came within a penalty of winning three times last season and they too have a new Aston Martin, in fact a newer one than planned after a testing accident at Silverstone saw Mark Farmer have the mother and father of shunts – and TF’s third Aston is now wheeled into action as the car originally planned to race for the pairing needs more than a little TLC back at Prodrive!.

Optimum Motorsport, who took Adam and Flick Haigh to the 2018 crown via a victory at Oulton, has also upgraded to Aston’s latest GT3 weapon, which, dressed in its grey, blue and fluorescent yellow frock – might just feature the prettiest livery on the grid. Not that looks count for anything on the stopwatch where it’s up to Oliver Wilkinson and 2007 champion Bradley Ellis to make the difference. 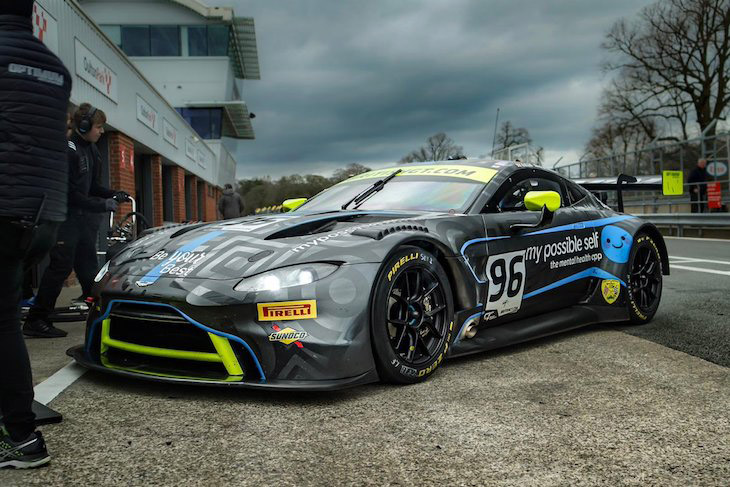 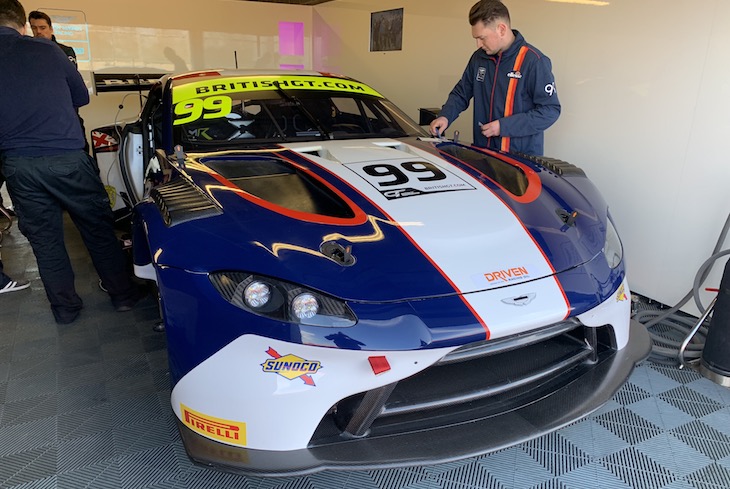 Barwell Motorsport is back with Lamborghini’s new Huracan GT3 Evo. 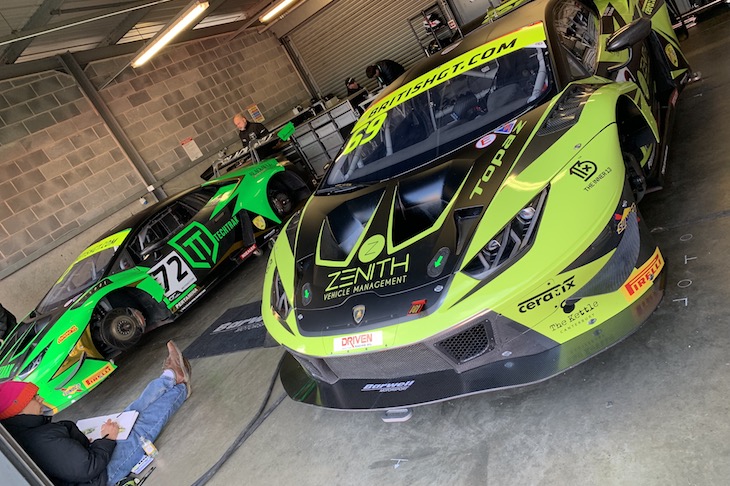 Sam De Haan is again joined by Jonny Cocker in a partnership that has undoubtedly developed since their debut together 12 months ago. But it’s the arrival of Adam Balon, one of GT4’s fastest Am’s over the last two years, that could really shake up the senior class. His co-driver and Lamborghini factory ace Phil Keen is one of British GT’s benchmarks, will be desperate to finally claim an elusive first GT3 crown. 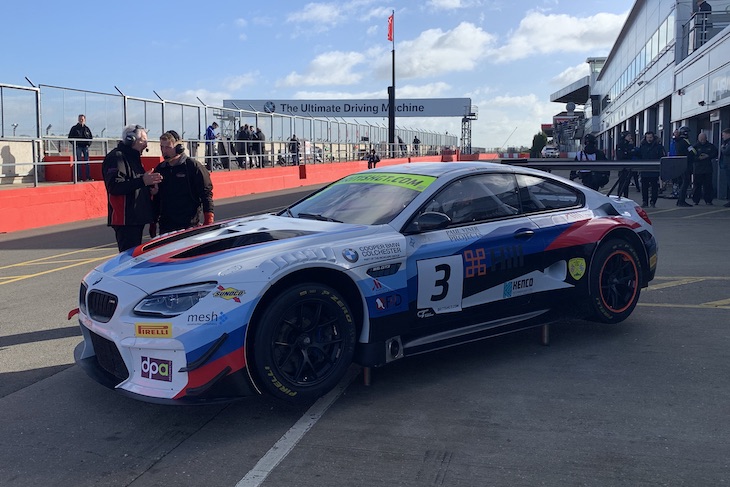 How will young guns Jack Mitchell and Ben Green compare after finishing one-two in GT4 last season? How do their respective co-drivers, Adrian Willmott and Dominic Paul, stack up against British GT’s established Am’s? 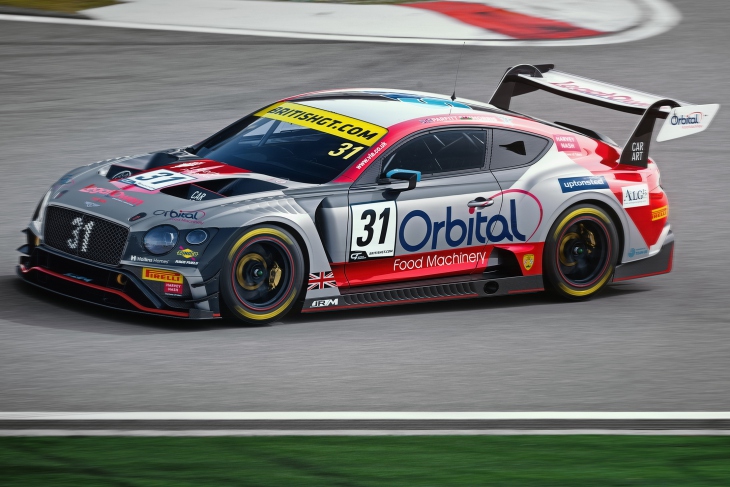 Then there’s Team Parker Racing who ran the previous Continental, incidentally with Parfitt Jnr, from 2016 to ’18. Their duo of Ryan Ratcliffe and 2011 champion Glynn Geddie will be battling Optimum’s Wilkinson and Ellis for Silver Cup honours as well as overall wins. 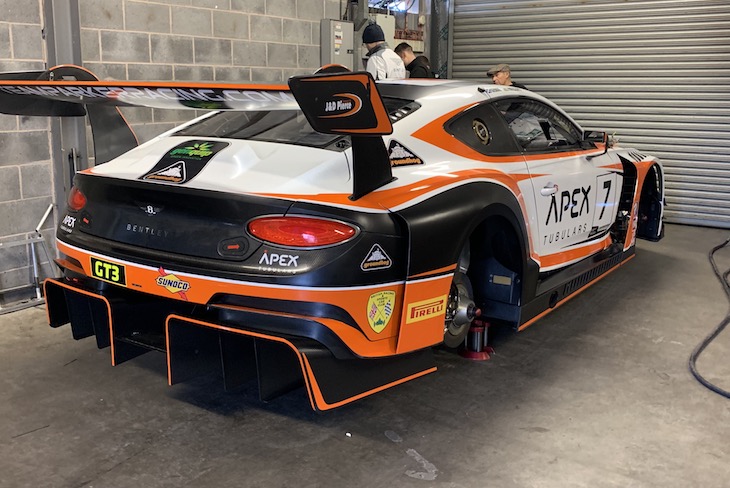 McLaren’s new 720S GT3 has gained plenty of admirers pre-season ahead of its British GT debut at Oulton with Balfe Motorsport who have the familiar duo of Shaun Balfe and Rob Bell on duty. The team’s previous 650S GT3 struggled in 2018 but there’s no denying the pace of its crew who won the International GT Open Pro/Am title in 2017 before switching. 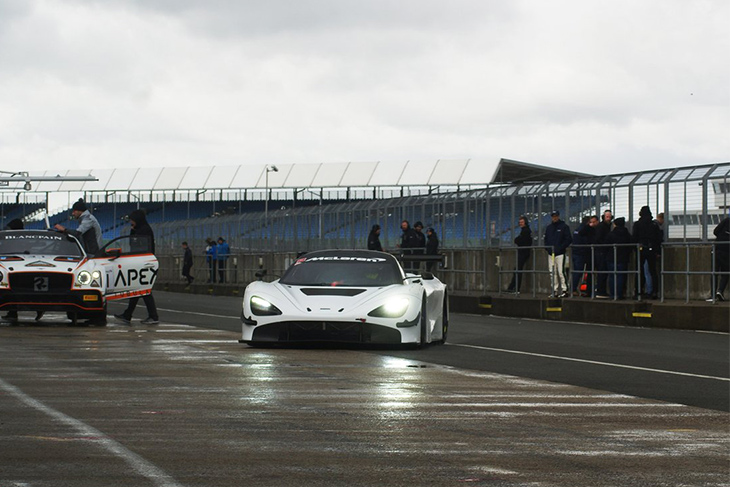 Incredibly, only one GT3 model returns from last season: the Mercedes-AMG. Richard Neary and Adam Christodoulou are back for a first full season together aboard ABBA Racing’s chrome green machine, while race winners Ian Loggie and Callum Macleod move across from Team Parker to championship returnees, RAM Racing.

Not a GT3 car (yet!) but instead the sole entry in GTC, Adam Wilcox, a welcome Championship returnee with Michael Igoe in the #18 WPI Motorsport Porsche 911 GT3 Cup, look out soon for this entry to step up to GT3 with a new Porsche. 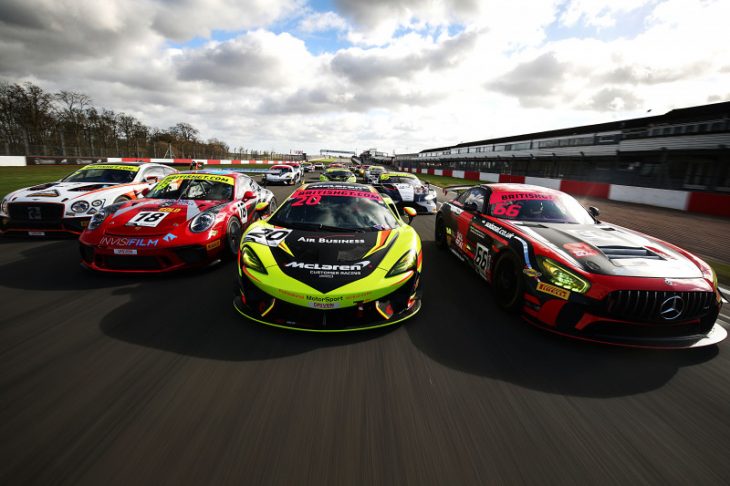 The 21 car GT4 field has variety and depth aplenty, and for the first time since the class joined the Championship, there’s no Ginetta in the field!

GT Marques’ Porsche was only ever scheduled to join from round two, while Steller Performance will have news soon of their plans! 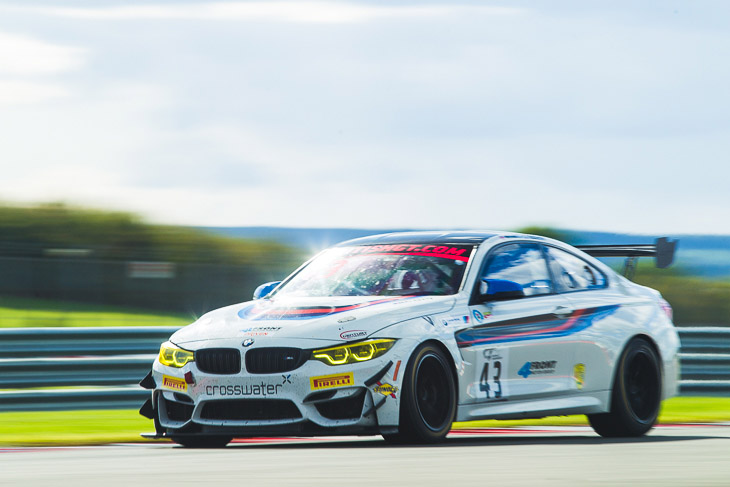 Beechdean AMR’s Kelvin Fletcher and Martin Plowman will be amongst the favourites for this year’s Overall and Pro/Am crowns. 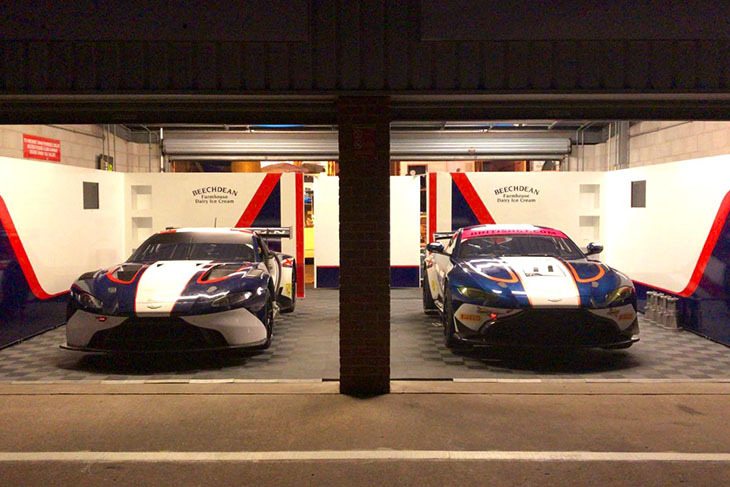 2016 class champion Mike Robinson and 2018 title contender Patrik Matthiesen are paired in one of Optimum’s two GT4 entries, and TF Sport (bottom) joins the class for the first time since finishing second in the 2014 Drivers’ Championship. 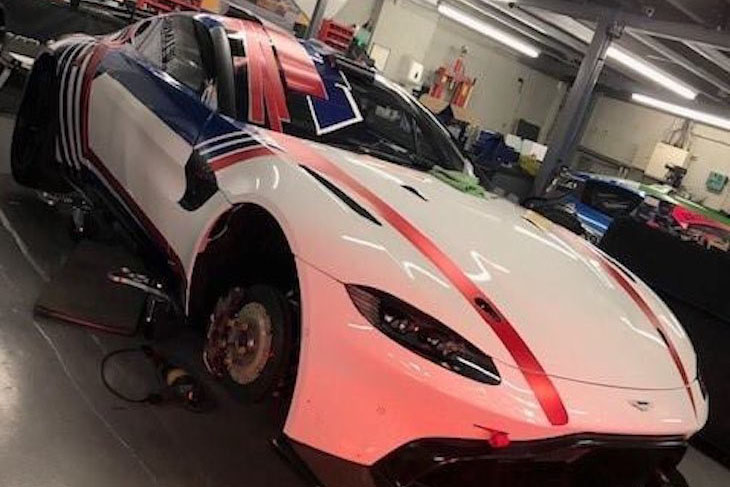 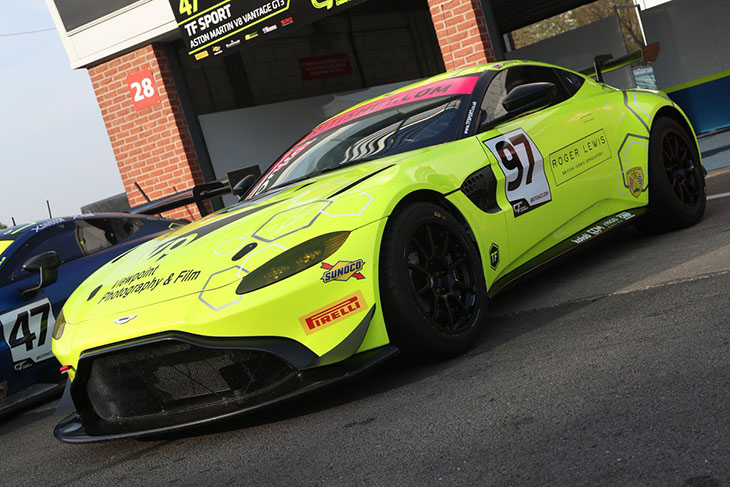 Academy Motorsport, which has also upgraded from the older Vantage, completes the British manufacturer’s assault. 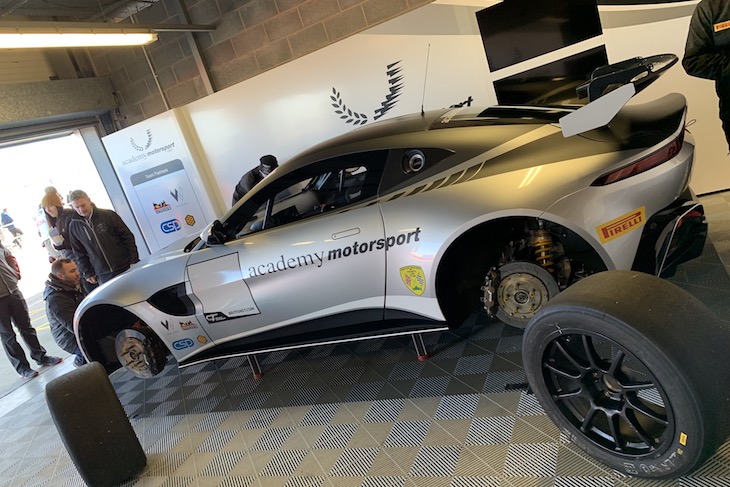 McLaren’s 570S has won at Oulton in each of the last two years and should be amongst the front-runners again this season thanks to a mix of stability and fresh blood.

Tolman Motorsport came within a whisker of winning both the Drivers’ and Teams’ Championships last season and return with another two-car effort again featuring McLaren Driver Development Programme members. 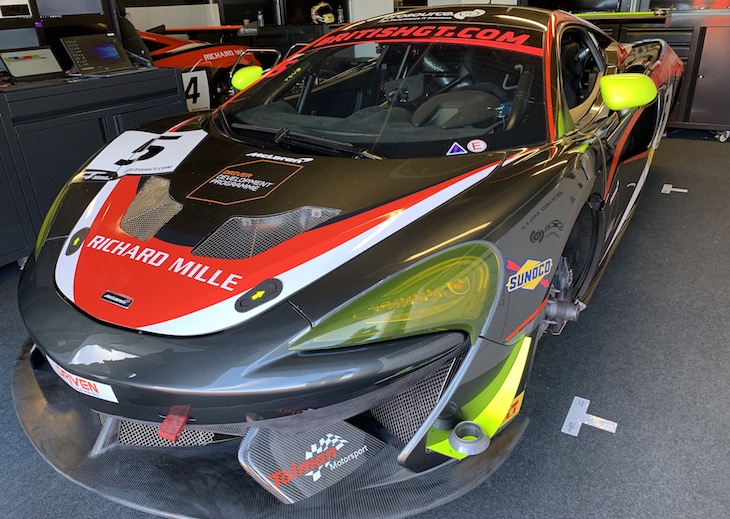 HHC certainly know how to win a British GT4 title and will count race-winners Callum Pointon and Dean Macdonald amongst its ranks this term after switching from Ginetta. 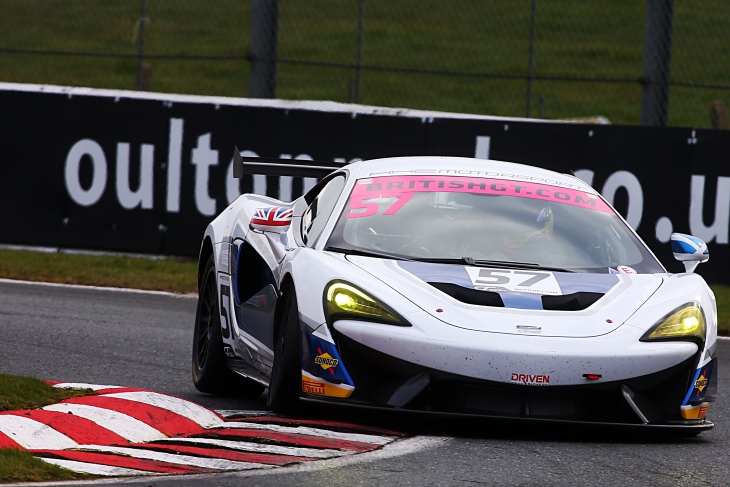 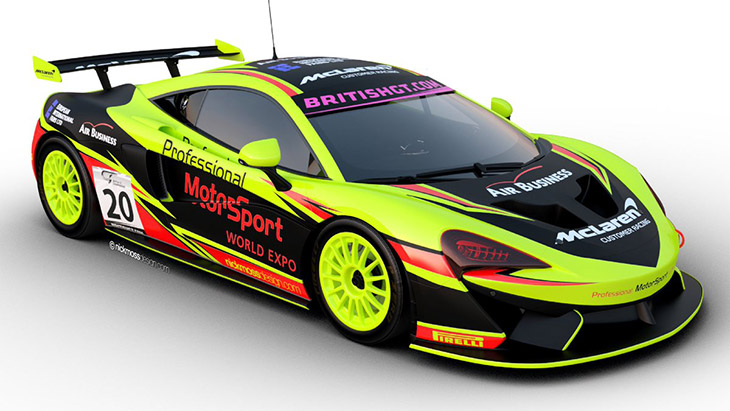 Ford hasn’t featured on a British GT entry list since 2011 but that all changes at Oulton when three of its Mustangs arrive at once. 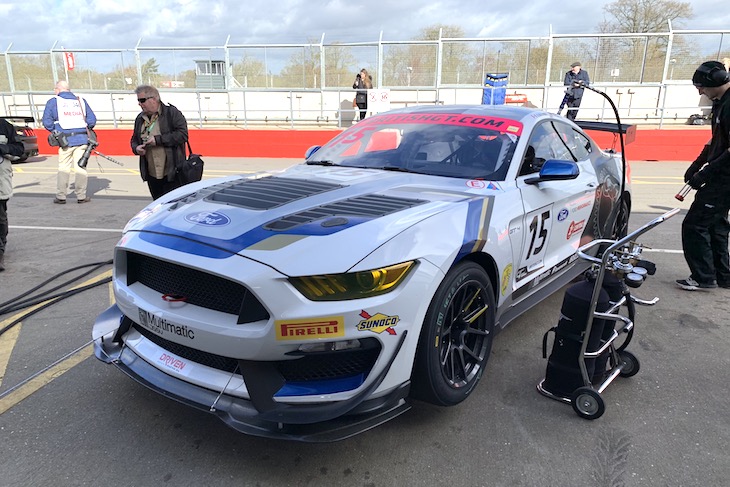 Two are entered by the same team tasked with designing and building them, Multimatic Motorsports, who, in a change to the previous billing, have paired American duo Jade Buford and Chad McCumbee in the second of its entries. 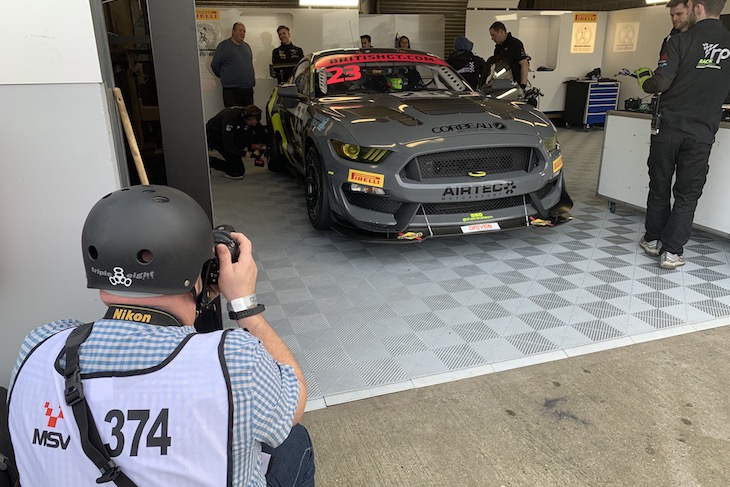 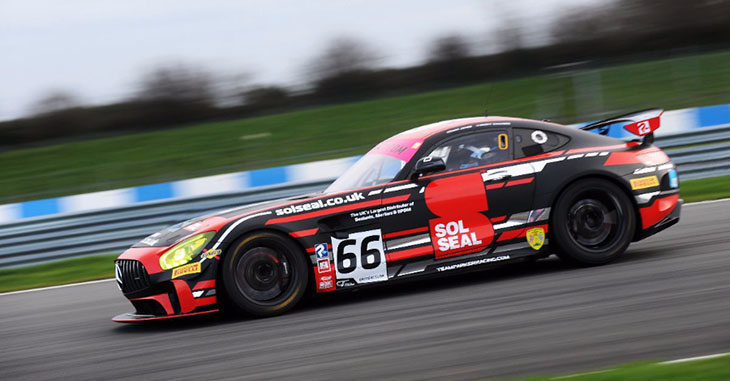 The Jaguar F-Type is also back in the familiar hands of Steve McCulley and Matthew George, Invictus Games Racing hoping a single entry will help them focus on extracting greater performance from the supercharged fan favourite.

Track Focused’s KTM makes its championship debut at Oulton. Mike McCollum and Sean Cooper shared the same car last season but face a step up in class this weekend when the Austrian manufacturer makes its first British GT appearance since 2011.

Both British GT races will be shown live in sound and vision on DSC plus the championship’s Facebook page and website, and on SRO’s GT World Youtube channel, on Monday 22 April.

A selection of support races will also be shown live on the britishgt.com/live throughout the day.