R-Motorsport are on the way to making their DTM debut at Hockenheim in early May and last week, from Monday 15 to Thursday 18 April, the team were busy testing their two Aston Martin Vantage DTMs at the Lausitzring in preparation for the start of the season.

On Day 2 of the tests, the Aston Martin Vantage DTM was also put through its paces by the second of the two DTM newcomers in the team, Jake Dennis. 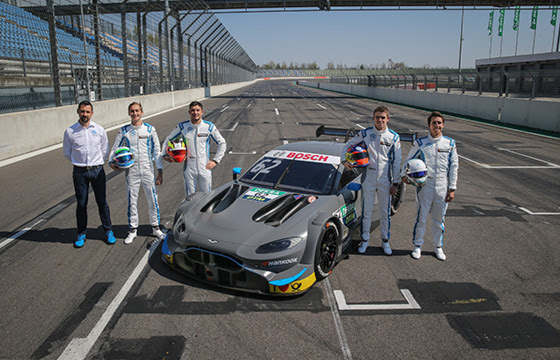 They were joined on Wednesday and Thursday by the 2010 DTM champion, Paul Di Resta. Over the course of the four days of testing, the R-Motorsport driver squad completed 790 laps equivalent to a distance of 3,610.3 km on the 4.570 km Lausitzring circuit.

“I am impressed by the pace of development of our team,” said Paul Di Resta at the end of the test week. “After making its racetrack debut in early March, our Aston Martin Vantage DTM has increasingly shown its potential on these test days here at the Lausitzring. What especially pleases me is the consistency of the long runs. We’ve been able to learn a lot, in particular with regard to tyre wear. The handling is basically fine, and driving the new car is really fun. I can hardly wait until things get really going at Hockenheim.”

The test programme involved taking the car out on long runs for the purpose of adjusting the setup and gaining experience of the Hankook tyres. The test week provided drivers and engineers with valuable data and information which will enable them to understand the handling of the new Aston Martin Vantage DTM better and will be available for ongoing analysis during the remaining weeks leading up to the start of the season.

“During the four test days at the Lausitzring, the many long runs amounting to a total of 3,610.3 kilometres provided us with valuable insights for the further development of our Aston Martin Vantage DTM,” said Team Principal Florian Kamelger. “As usual in such tests, we were able to identify and eliminate a few faults. We are very satisfied with the consistency in lap times we have achieved, bearing in mind that weren’t attempting to set fast times.”

The team can look back on a very busy winter. They developed the new Aston Martin Vantage DTM in record time, a mere 90 days. The car made its track debut on 4th March 2019 (precisely two months before the season opener at Hockenheim) during test sessions at Jerez de la Frontera in southern Spain.

With official testing now complete, the team is returning from the Lausitzring to the R-Motorsport works where preparations for the start of the season at the Hockenheimring (3rd – 5th May) will continue. On that first weekend of May, the results of all the hard work over the winter will be plain for everyone to see when R-Motorsport embark on their debut season in the DTM, contesting the first two races on the calendar.

WRT Team Audi Sport have announced Pietro Fittipaldi as one of its 2019 DTM drivers. The Brazilian joins South Africa’s Jonathan Aberdein in the driver line-up with which the Belgian squad, known for its many successes in GT and TCR racing, will make its debut in the DTM. 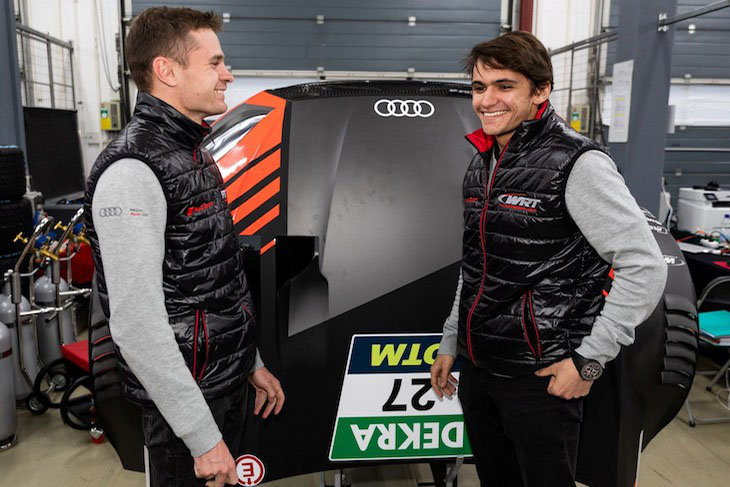 Pietro Fittipaldi is the grandson of Emerson Fittipaldi but has built a name for himself on both sides of the Atlantic.

He was a NASCAR Wheelen Late Model champion back in 2011 and won the Formula Renault V8 3.5 title in 2017, which added to Renault 2.0 UK and MRF Challenge titles.

In 2019 he has been appointed official tester of Haas F1 Team.

Fittipaldi joined WRT Team Audi Sport this week at the DTM pre-season collective test at the Lausitzring, where he drove the Audi RS 5 DTM. 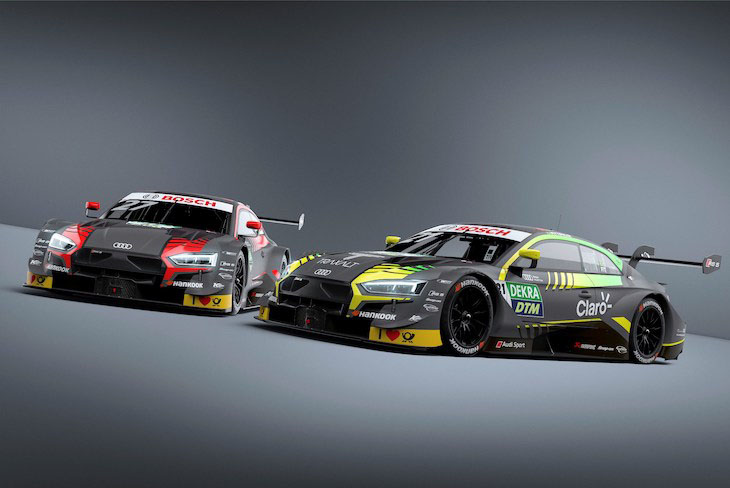 Vincent Vosse, Team Principal: “We are delighted to welcome Pietro alongside Jonathan, and we are now fully geared to take up the challenge of our maiden season in a fantastic series such as the DTM. I want to thank Günther Steiner and Haas F1 Team for allowing Pietro to be with us. At Team WRT, we have a long-standing tradition on betting on youth and give concrete opportunities to young, talented and fast drivers, and that has always paid off. It makes us proud to join the DTM with the youngest pair of drivers of the 2019 field.”

Maurizio Leschiutta, DTM Project Manager: “We are very happy to see Pietro joining us and I am sure that he will bring an added value to our project. Despite his young age, he has already a great experience and a lot of successes to his credit, in many different categories. With Jonathan, who is equally talented and has a very similar background, Pietro will form an excellent duo, and it is a great satisfaction to be contributing that much fresh air to the DTM as from our first season.”

Pietro Fittipaldi: “I want to thank Team WRT and Audi Sport for their support and trust, which are allowing me to join an exciting series such as the DTM. It’s probably one of the most competitive series in the world, and I can’t think of a more exciting challenge. The test at the Lausitzring went very well, we did a good job and tested everything we wanted to test. I am very pleased to work with such a great group of people. It was my first time in Lausitz and my first time with the Audi RS 5 DTM, which is different from anything I have driven so far. The sessions were very useful to familiarize with the car and start exploring the limits. We know that we have a lot of work ahead of us and much to learn, but I am definitely enthusiastic about the package and the project.”