On Thursday, the GT Association (GTA) released the entry list for the upcoming Fuji GT 500km Race at Fuji Speedway, held during Japan’s Golden Week holiday period on Friday 3 May and Saturday 4 May.

This year marks the 25th anniversary of the inaugural All-Japan GT Championship race at Fuji Speedway on 1 May 1994, the start of Super GT racing at Fuji during Golden Week. This is also the 36th 500-kilometre sports car endurance race at Fuji dating back to 1971.

All 44 cars will be present for this second round of the 2019 Super GT season, which should hopefully see much better conditions than the ones that prematurely brought the season-opening Okayama GT 300km Race to a stop after just 30 out of 82 laps. Because only half-points were awarded to all teams at Okayama, only half the regular Success Ballast has been loaded onto the cars that finished in the top ten in the Okayama round, two kilograms per Drivers’ Championship point scored. For instance, the race-winning #8 ARTA Honda NSX-GT and #96 K-Tunes Racing Lexus RC F GT3 have just 20 kilograms of Success Ballast onboard, instead of the typical 40kg for winning a race.

It’s a busy weekend of sports car racing with the World Endurance Championship 6 Hours of Spa-Francorchamps taking place on the same weekend. As expected, Toyota Gazoo Racing factory driver Kazuki Nakajima will be in Spa, and vacate his place in the #36 au TOM’s Lexus LC500 for Fuji, while he, alongside Sébastien Buemi and Fernando Alonso, attempt to move one step closer to wrapping up the 2018-19 World Endurance LMP Drivers’ Championship.

With Nakajima absent for the Fuji 500km, his place will be taken in the #36 au TOM’s LC500 by 19-year-old Toyota Young Driver Program (TDP) prospect Ritomo Miyata, who will join regular Lexus Team au TOM’s driver Yuhi Sekiguchi and make his GT500 class debut at Fuji.

Miyata will step up from his regular GT300 class ride in the #60 Syntium LM Corsa Lexus RC F GT3 to make his GT500 debut in a one-off at Fuji, following previous TDP prospects like Ryo Hirakawa, Kenta Yamashita, and Sho Tsuboi, who have each made their GT500 debuts in recent one-offs at the Fuji 500km due to the perpetually unavoidable clash with the 6h of Spa. Each of those drivers eventually progressed to full-time GT500 driving duties with Toyota/Lexus, and Miyata seems to be the next in line to follow in their footsteps. 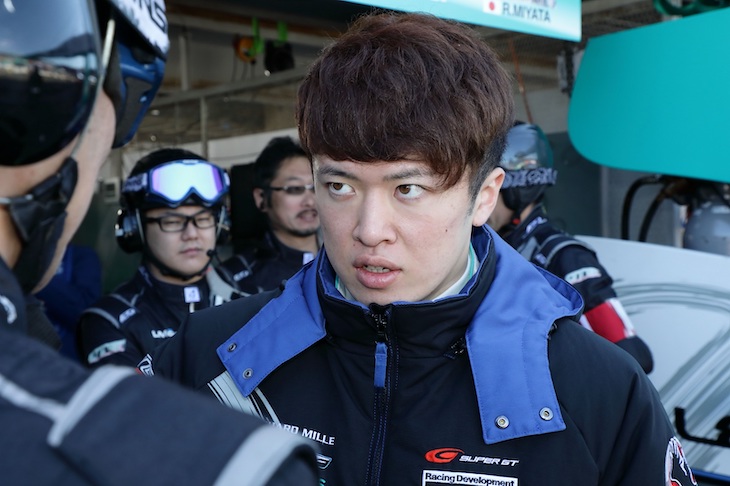 Miyata debuted in the GT300 class last season, scoring a maiden podium in his fourth career race at Chang International Circuit in Buriram. He and co-driver Hiroki Yoshimoto finished 15th in the 2018 GT300 Drivers’ Championship, and the two finished 7th at Okayama in the #60 Syntium RC F’s first race on Dunlop rubber.

In single-seaters, Miyata was the first back-to-back FIA F4 Japanese Champion, winning the titles in 2016 and 2017. He finished 2nd in the 2018 All-Japan Formula 3 Championship and enters the 2019 season as one of the favourites to win the All-Japan F3 title with TOM’s Racing. And on a human level, Miyata will also be the first driver on the autism spectrum to race in GT500.

With Miyata racing in GT500, his place in the #60 Syntium RC F GT3 will be taken by veteran German driver Dominik Farnbacher. 34-year-old Farnbacher has made occasional appearances as LM Corsa’s third driver in the 2015 and 2016 Suzuka 1000kms, prior to that he raced for Team Taisan in six races across 2007 and 2008, winning three of those races.
Farnbacher is among the new faces in an expanded GT300 entry list, where 12 of the 29 teams on the grid will have three registered drivers, five of whom will be making their Super GT debuts this weekend. 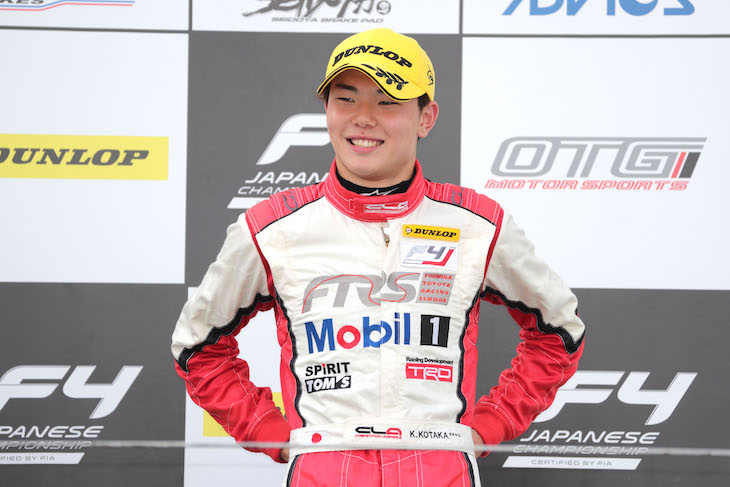 Shinya Sean Michimi will make his first start in the #33 EVA Racing Test-01 X Works Nissan GT-R, the Cincinnati, Ohio-born driver becoming only the third American-born driver to race in Super GT after Michael Kim and the late Jeff Krosnoff. Michimi finished fourth in the 2018 Lamborghini Super Trofeo North America Championship and has prior single-seater racing experience in Japan, Europe, and India.

Super GT does not have a minimum drive time/distance limit for third drivers, so teams are free to use all three drivers, or just two out of their three, to complete a race, so long as one driver does not exceed the maximum 2/3rds distance as prescribed in the sporting regulations.

In total, that makes an even 100 drivers on the entry list for the Fuji GT 500km Race, which we hope you will be able to see in just under three weeks’ time!