Sunny skies, a dry track and 15-degree temperatures greeted the 2019 British GT grid for the first official on-track action of the season at Oulton Park on Easter Saturday morning.

Macleod then went to the top of the GT3 screens after 15 minutes, clocking a 1:34.197, while the fastest time in GT4 changed hands again, too, with the #62 Academy Motorsport Aston Martin of Will Moore and Alex Toth-Jones (below) going quickest with a 1:43.911. 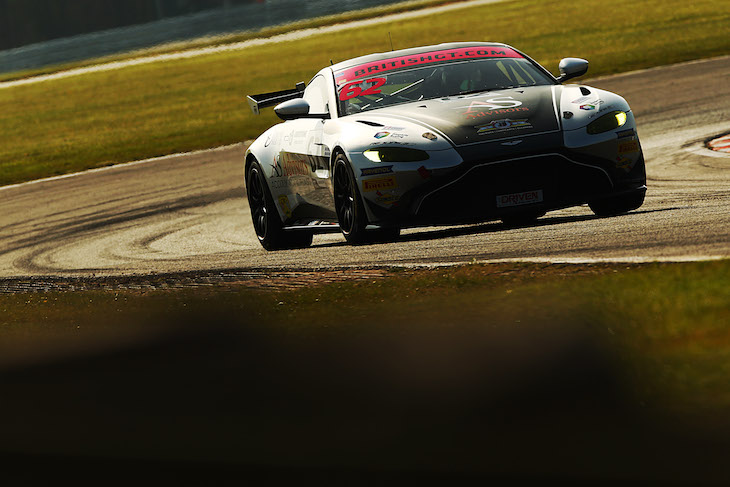 With just under 10 minutes of the session remaining, Adam Christodoulou put the #8 Team Abba Racing Mercedes third-quickest in GT3 on a 1:34.744, behind Macleod and Thiim’s earlier efforts.

Second and third-fastest in GT4 by the end of the session were the #66 Team Parker Racing Mercedes of Nick Jones and Scott Malvern, and the aforementioned #43 Century BMW.

Undisclosed issues affected both Multimatic Ford Mustangs during FP1: the #15 and #19 completed just three and five laps respectively in the course of the session, but the team was confident of getting the two cars back out for FP2.

There were no offs or red flags for the duration of the session. An hour-long FP2 follows at 11:40am, with qualifying kicking off in the afternoon at 3:15pm.